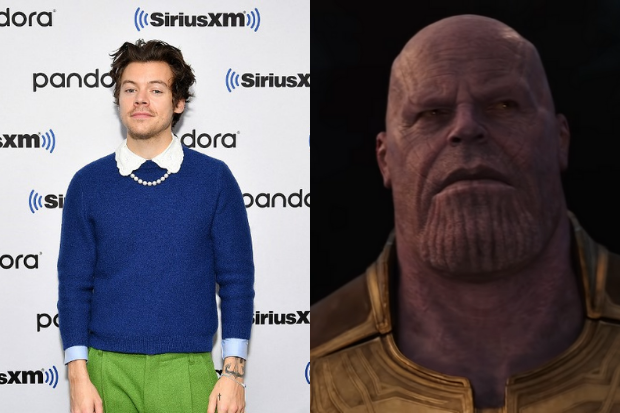 Marvel fans may be seeing a familiar yet unexpected face in the upcoming film “Eternals,” as Harry Styles was reportedly cast to play Thanos’ brother Eros.

“Big reveal from the ‘Eternals’ premiere — Harry Styles has joined the MCU as Eros, brother of Thanos,” he said. Donnelly did not give further details about Styles’ participation in the project.

However, fans may have to wait until the film’s post-credits scene where Styles was said to be revealed as the Marvel character, according to Los Angeles Times, also yesterday.

Big reveal from #TheEternals premiere — Harry Styles has joined the MCU as Eros, brother of Thanos.

Variety‘s culture and events editor Marc Malkin also confirmed that Styles did indeed “show up in the MCU,” which sent the film’s audience ecstatic.

“When Harry Styles [showed] up in the MCU, [the audience] squealed,” he said.

When Harry Styles shows up in the MCU. Audience squealed.

Eros is a member of the Eternals who later becomes known as the superhero Starfox and an official member of the Avengers, as per a release by Marvel.

It is unclear whether Styles will also be appearing in other Marvel movies, but fans have already begun speculating on his supposed role. It is also unknown whether Josh Brolin, who previously starred as Thanos in “Avengers: Infinity War” and “Avengers: Endgame,” will be reprising his role.

The film is helmed by Oscar-winning director Chloe Zhao. It is set for release on Nov. 5. JB