Kristoffer Martin discovers the many benefits of video game livestreaming 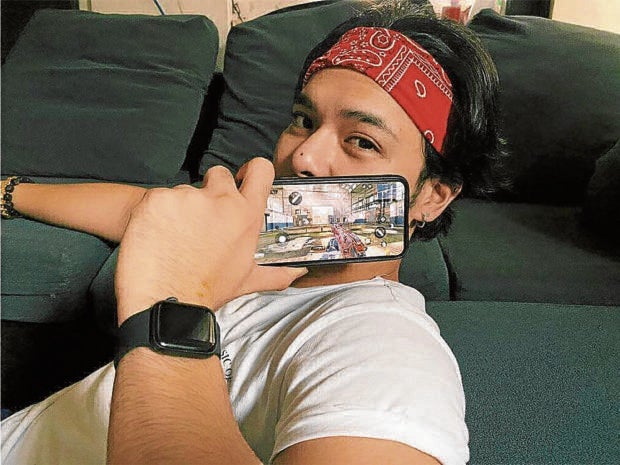 For Kristoffer Martin, video game livestreaming allows him to do two things he loves at the same time—gaming and interacting with his fans. And the fact he gets to earn some money doesn’t hurt, too.

“I got into it when the pandemic started. I didn’t have much choice because there was no work and you couldn’t go out. When I started streaming, I just thought of it as a hobby. I simply wanted to have content on my social media page. I wanted to go live and talk to my fans,” he told the Inquirer.

“Instead of playing alone, you get to talk about your experiences or give gaming tips on the platform,” added the GMA 7 actor, who took part in a recent game night organized by the mint brand Tic Tac for its “Refresh Your Game” campaign.

Joining him for a session of the online battle game “Mobile Legends” were gamers Sarah Carlos and Yskaela Fujimoto as well as volleyball player-actor John Vic de Guzman. “Sometimes, I invite my fans to drop me their usernames or ID numbers, so they can play with me while streaming,” he said.

Kristoffer, 27, is just one of the many celebrities who have ventured into video game streaming. And once in a while they get to play together to chill and unwind during their free time.

“There are actually a lot of us; it depends on who’s online. But I have played a couple of times with Alden Richards and Rayver Cruz. We don’t really plan our games because we’re also busy with work. But if we chance upon each other online, we go play,” he said.

Eventually, opportunities to earn through partnerships started coming his way. “They will ask you to play their games and such, so you get to earn, too,” related Kristoffer, who’s part of the long-running sitcom “Pepito Manaloto” and recently starred in the soap opera “Babawiin Ko ang Lahat.”

Another benefit from gaming, he said, is that it can help relieve stress. Unless he’s losing, he quipped. “Yes, 100 percent it helps with stress,” he said. INQ