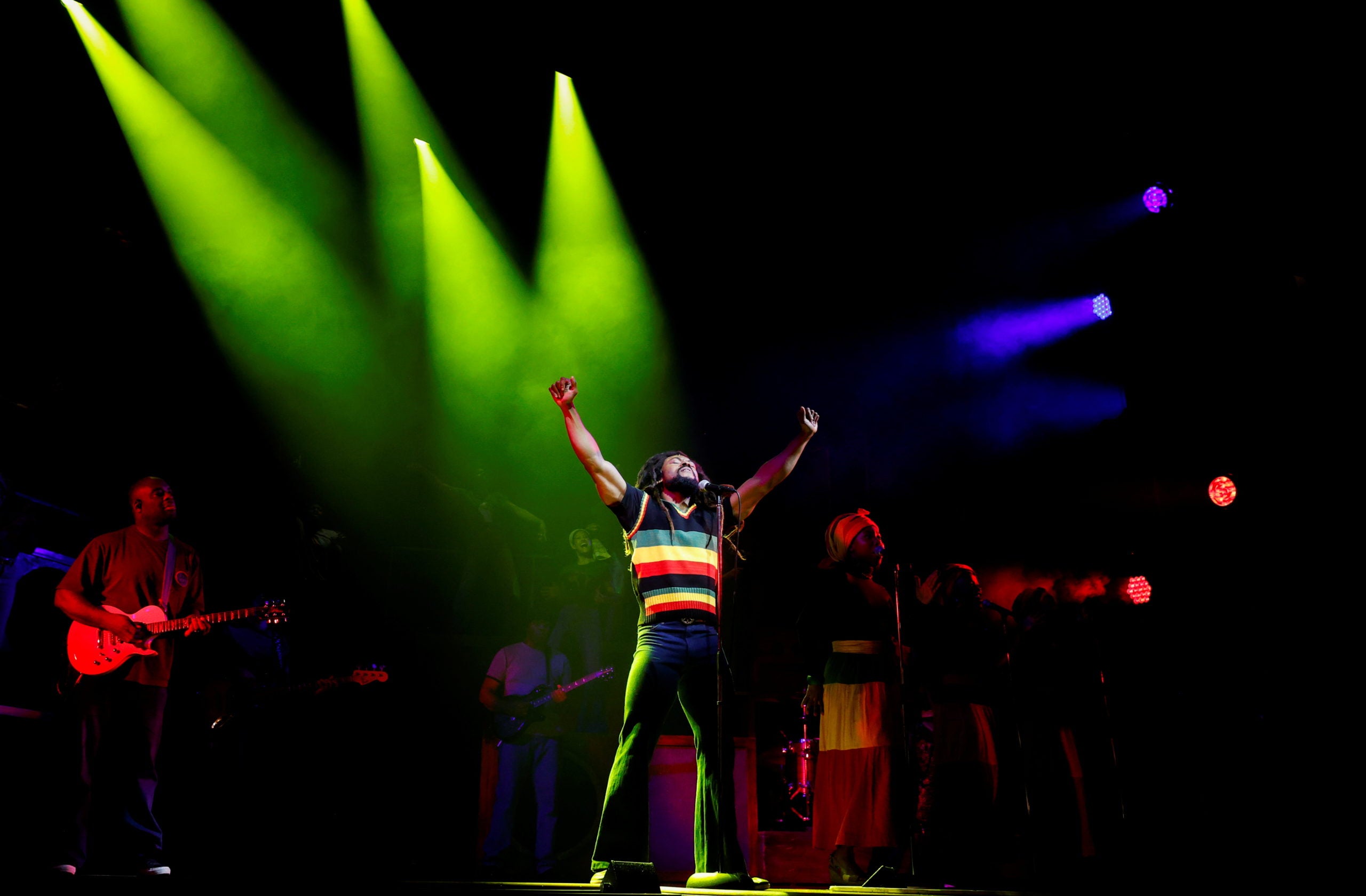 Arinze Kene performs as Bob Marley during a press preview for “Get Up, Stand Up! The Bob Marley Musical,” at the Lyric Theatre, in London, Britain October 14, 2021. (REUTERS)

LONDON  – The songs and the life story of late Jamaican reggae star Bob Marley are coming to London’s West End in a new musical celebrating his legacy.

“Get Up, Stand Up! The Bob Marley Musical,” which premieres at the Lyric Theatre this month, follows Marley’s rise from the Kingston ghettos to international stardom.

Born in 1945 in the rural Jamaican town of Nine Mile, Marley became a global superstar with hits such as “No Woman, No Cry,” “One Love,” and “I Shot the Sheriff”. He died of melanoma cancer in 1981 at age 36.

“We’re really trying to show the heart of the man, trying to show what really made him tick and why he made the choices he made,” the show’s director, Clint Dyer, told Reuters at a press preview on Thursday.

“His political leanings came out of his situation. And so we’re trying to give the context by which a third-world global superstar was born.”

British actor and playwright Arinze Kene plays Marley, donning his trademark dreadlocks and displaying the moves and mannerisms he studied in archive videos and photos. Taking on the role was intimidating, but Kene said he leapt at the opportunity to tell the story of one of his childhood heroes.

He was equally excited to return to the stage after the COVID-19 pandemic shut down theatres across the country.

“There’s nothing like live performance, you know, keep your Netflix and your Amazon and Hulus and whatever but there is nothing like being here and seeing it live, a performance that can never be repeated.”

“Get Up, Stand Up! The Bob Marley Musical”, which was written by Lee Hall, began previews at the Lyric Theatre on Oct. 1, with the show’s official opening night set for Oct. 20.