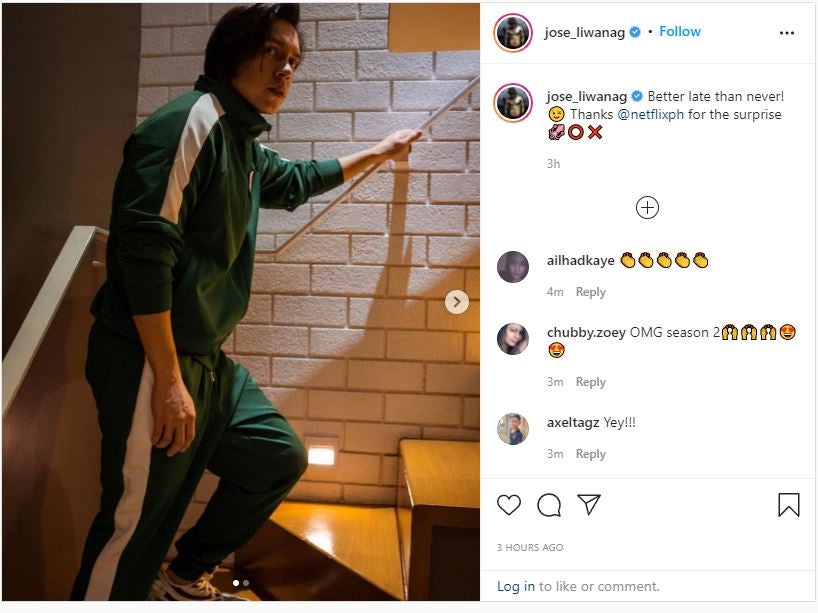 Aside from the tracksuit, Netflix also sent Aquino an “invitation card” reminiscent to the one shown in the show as well as a pouch — which contained the marbles on the series.

“Better late than never! Thanks Netflix Philippines for the surprise.” Aquino wrote.

On Sept. 24, Aquino revealed that he was supposed to join the cast of the South Korean series but was not able to due to the COVID-19 travel restrictions imposed at the time.

It is unknown whether or not the hit show will have a second season, or if Carlo Aquino will be given another chance to join the ensemble cast.

“Squid Game” is a nine-episode Korean survival drama about 456 players competing in deadly versions of children’s games for a prize of 45.6 billion won (around P1.96 billion).

It was released on streaming service Netflix last Sept. 17 and is now available for streaming globally.

The dystopian drama took the world by storm, beating records after having Netflix’s biggest original show debut by far.

The streaming giant earlier promised that it would spend more than $500 million on content produced in South Korea this year.