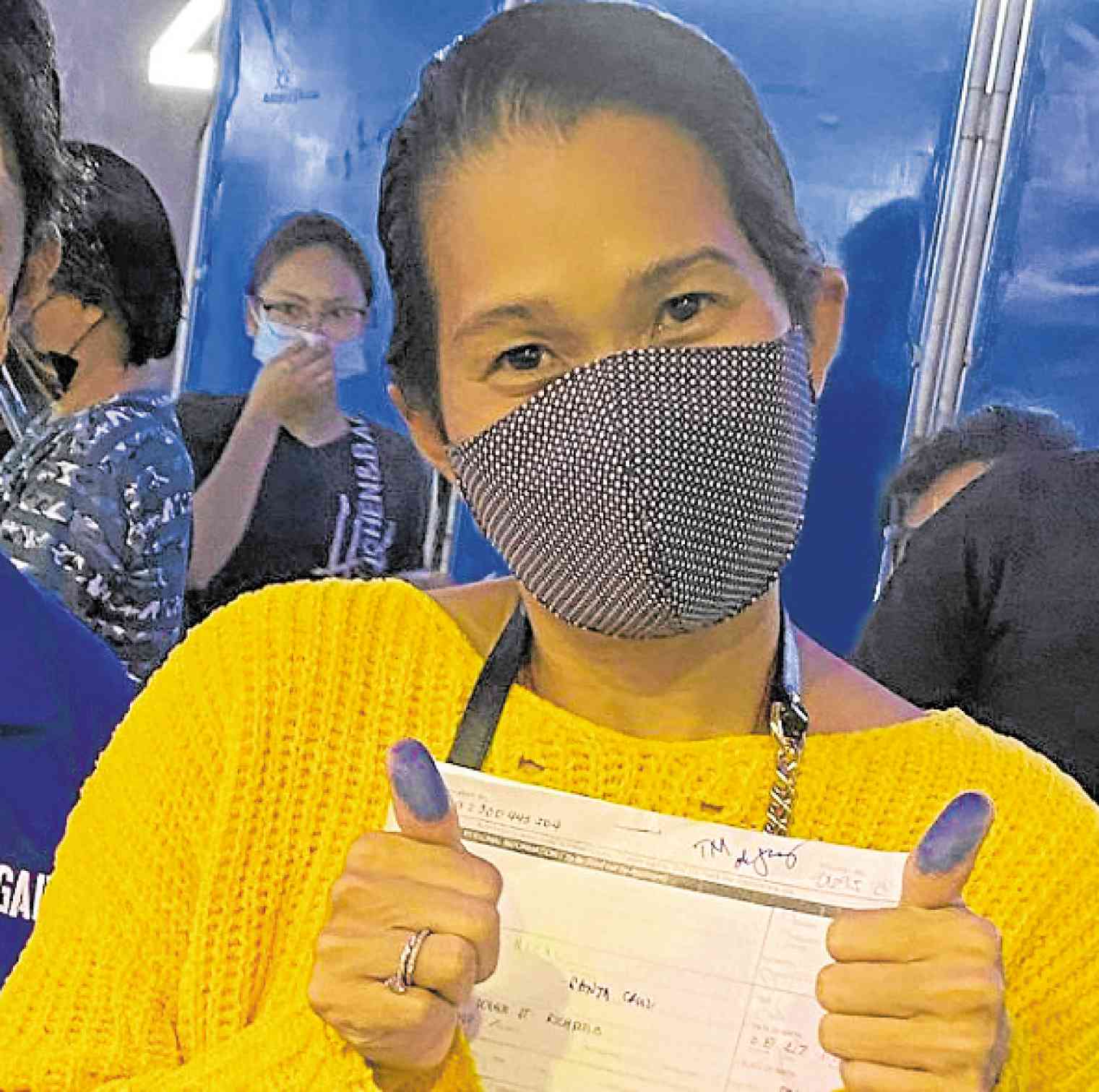 In a recent Instagram post, showing off her inked thumbs and registration form, Pokwang said she’s going to vote in next year’s elections, not only for herself, but also for her children and the “youth who are the country’s future.”

But while her followers applauded her efforts, some social media users criticized the comedian, asking, “Why only now?”

“Some people were telling me, ‘Ang tanda mo na, ngayon ka lang nagparehistro (You only registered now when you’re already old).’ The truth is that I have been voting for years—I simply transferred my voting registration [from Quezon City to Antipolo City],” she clarified in a recent Zoom conference for “It’s Not You, It’s Me,” the new episode of GMA 7’s weekly fantasy anthology “Daig Kayo ng Lola Ko.”

“There was just no social media during the first couple of times I voted!” she joked.

But kidding aside, Pokwang stressed that it was crucial for Filipino citizens, especially the young ones, to register. “We want to convince them to do so, because it’s a big help for our country,” she pointed out.

It has been three months since she transferred to the Kapuso network and she couldn’t be more excited about the pitches being presented to her. “We have been having meetings and the projects look great—they’re answered prayers. I can’t reveal them yet, and we can’t just go for them right away because of the pandemic, but I’m very excited,” said Pokwang, who hopes to host a talk show and a cooking show. The 51-year-old actress was also grateful that she was able to maintain a good relationship with her former bosses at ABS-CBN. ‘I was surprised because they sent me flowers and well wishes on my birthday (Aug. 27),” Pokwang related. “One of the things I have learned is that you can’t burn bridges.”

“Wala akong masamang tinapay (I have no bad bread),” she added. “The entertainment industry is such a small world, so it’s better to have as many friends as you can. We move in the same circles and we don’t know with whom we will work next.” 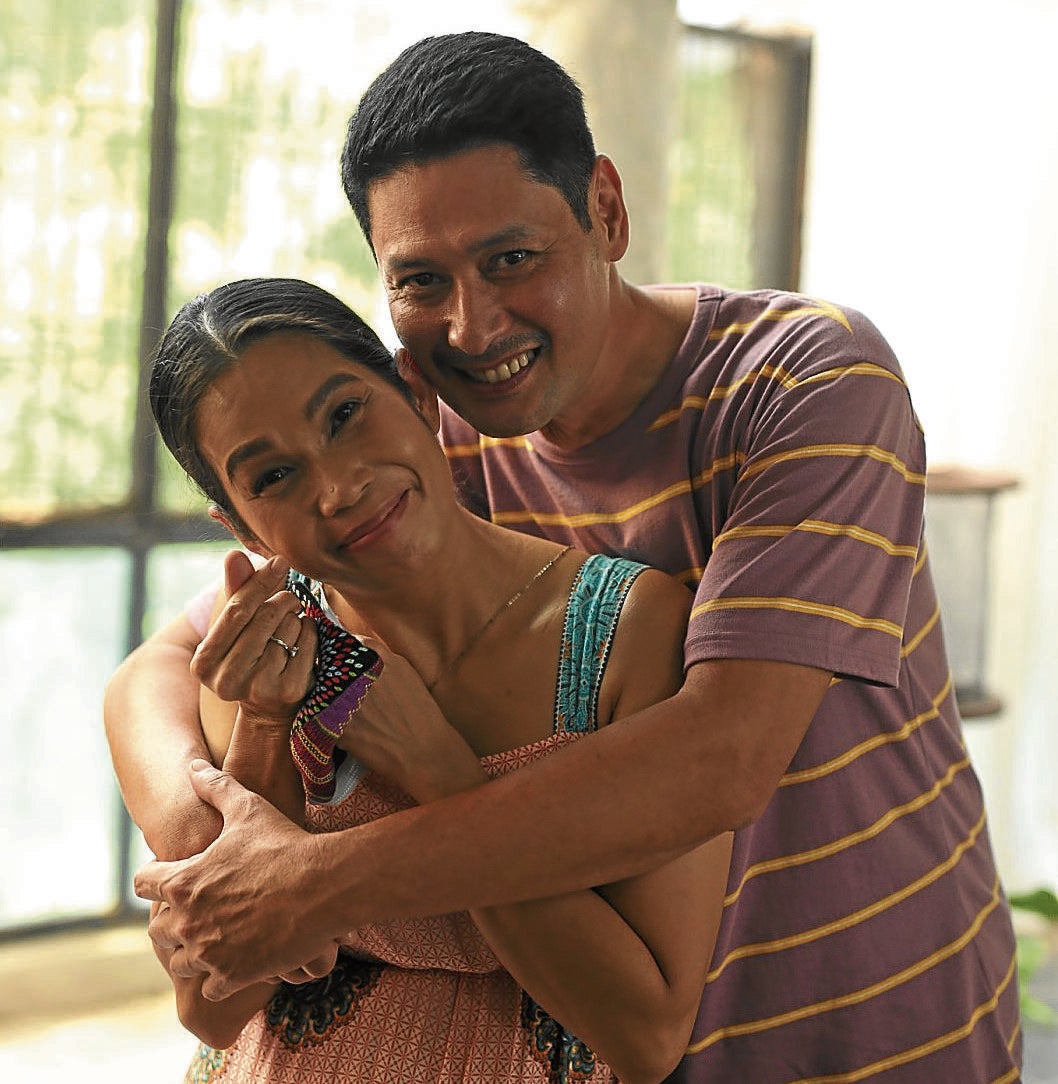 In “It’s Not You, It’s Me,” which airs Sunday evenings till Oct. 24, Pokwang plays Sunshine, a doting wife and mother on the brink of breaking up with her husband, Homer (Tonton Gutierrez). But when Sunshine’s own mom, Grandma Merlie (Frances Makil), makes an unexpected visit, the couple is forced to pretend that everything’s OK. Unknown to them, Grandma Merlie’s secret dwarf friend Chuchay (Maey Bautista) conjures up a spell that makes Sunshine and Homer switch bodies.

“The story highlights the importance of communication. Not everything can be solved with arguments. Nothing can be sorted out when pride prevails,” she said. “Nothing is more important than family, especially in trying times. We should support each other. We should be more patient and understanding. At the end of the day, you don’t have anyone but your family… Love should always be in our hearts.”

While she’s no stranger to mother roles, this one’s different, she said, because she’s not the typical downtrodden type. “Medyo nakaka-angat-angat sa buhay (The character has some level of wealth)—she bakes cupcakes and all,” she said, laughing. “It’s primarily comedy but there are dramatic, touching moments, too.”

She considers the project a reunion of sorts, because she and her costars Tonton and Paul Salas (who plays her son) had worked together in the 2012 soap “Aryana” “We missed each other so much. We were so happy to be working together again. So on our last taping day, we couldn’t help but feel sepanx,” she said.

The more projects she accepts, the more she gets used to pandemic working conditions. “At first, there was just fear. I had a lot of questions. But as time went on, I realized that I had to move, because the bills won’t stop. We have to work and fight—while staying safe and responsible, of course,” she said.