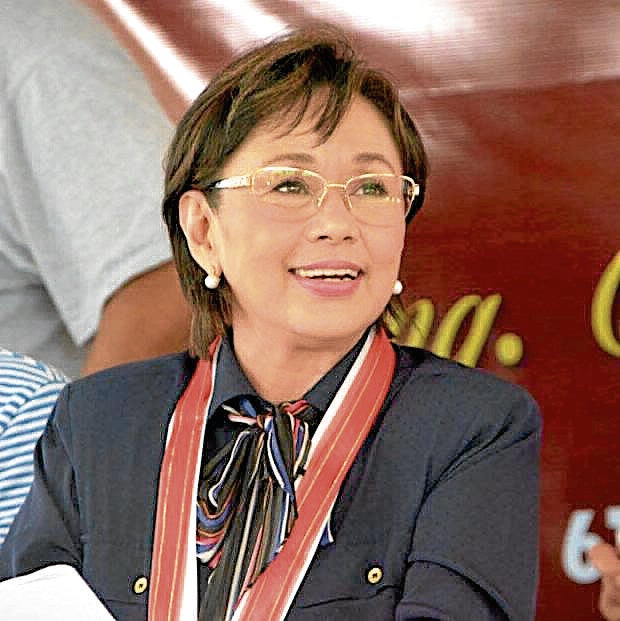 Since Vilma Santos has launched her YouTube channel (YTC), called “Ate Vi for All Seasons,” last Sept. 26, I told her, “Now, V stands for Vilma, vlog and victory because for sure your YTC will be a success.”

As of press time, her YTC already has more than 72,800 subscribers and counting. The iconic actress is more than willing to be a neophyte once again as she embarks on her vlogging journey. Viva la vida Vilma.

Here’s my chat with Ate Vi:

What made you join the vlogging bandwagon?

Nainggit ako kay Luis (Manzano, her son) and Jessy (Mendiola). I saw how much fun they were having while vlogging. I enjoyed my first appearance on Lucky’s YT channel in his Zumba episode. Laugh trip to the max. Jessy was our camerawoman.

No script at all, unlike in conventional acting. Nagustuhan ko kasi natural na natural. After several sessions on Facebook and YT with Lucky and Jessy, it challenged me to have my own YTC. I told them na kaya ko ring mag-share ng kung anu-anong kuwento that will spark the interest of people. The moment I decided, Lucky and Jessy introduced me to their team to help me set up my YT platform.

After a long break from public engagements and appearances since the pandemic started, I have missed being with people and talking to them face to face. I realized that having my own YTC will be my vehicle to reach out to people.

What did you find most challenging about vlogging?

To always make a conscious effort to be a responsible vlogger.

How will you handle bashers on your YTC?

I won’t let nasty comments affect me. I cannot please everyone. I would rather focus on the positive ones. I read almost all the comments of my viewers. Nakakataba ng puso na first vlog ko pa lang, OK na OK ang engagement with my subscribers.

Who are the top five personalities you want to interview?

What is your husband Ralph’s reaction about your foray into vlogging?

He is amused by my newfound interest. He is also happy that I have discovered some kind of diversion to keep myself entertained during my free time. Vlogging somehow eases the stress I feel because of the pandemic.

Don’t you think that YT channels are slowly killing the TV industry?

Let’s face it. YT has such a wide reach. One advantage of YT over traditional TV is that it makes video sharing so easy in order to gain more views. No piracy issues. I can’t blame our colleagues in the industry for putting up their own channels.

Others do it for fun, but there are some who really do it as an income-generating endeavor. With one less major network on the air for over a year now, many colleagues are jobless, and their YT channels enable them to earn.

I do not think traditional TV will ever lose its luster. Teleseryes, variety shows and news programs will always have an audience. Because of COVID-19 restrictions, the programming of TV networks sometimes gets interrupted. However, I am optimistic that science will continue to help us get back to what we used to do, with less fear and better defense. 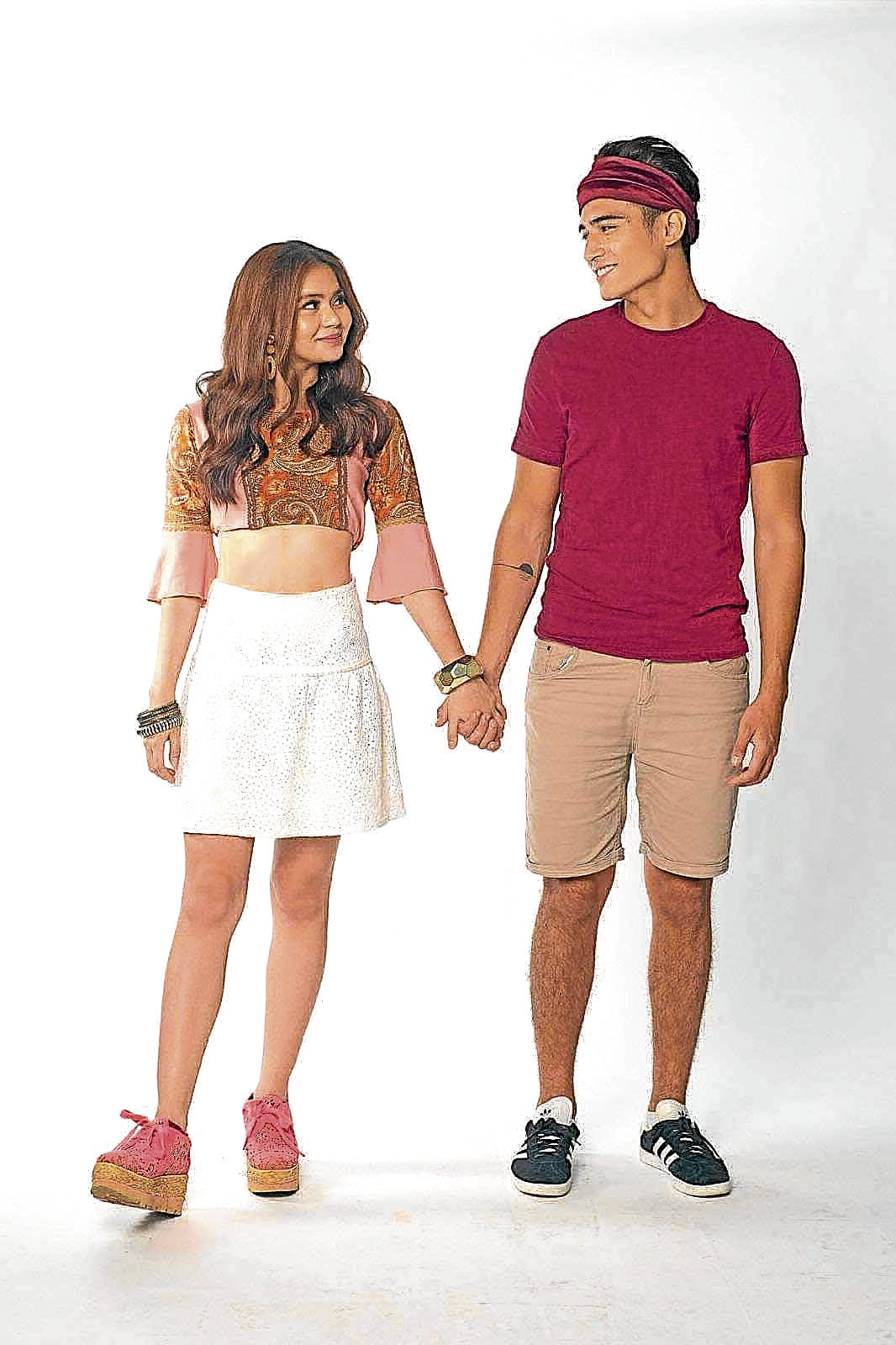 He wrote it originally for Nadine Lustre and James Reid. But Aubrey Caraan and Marco Gallo ended up as its lead stars.

“Both Marco and Aubrey exceeded my expectations,” says Direk Darryl. “They made me forget that it was intended to be a ‘JaDine’ movie.”

Also part of the cast are Chad Kinis, Lassy Marquez and MC Calaquian, collectively known as the Beks Battalion. 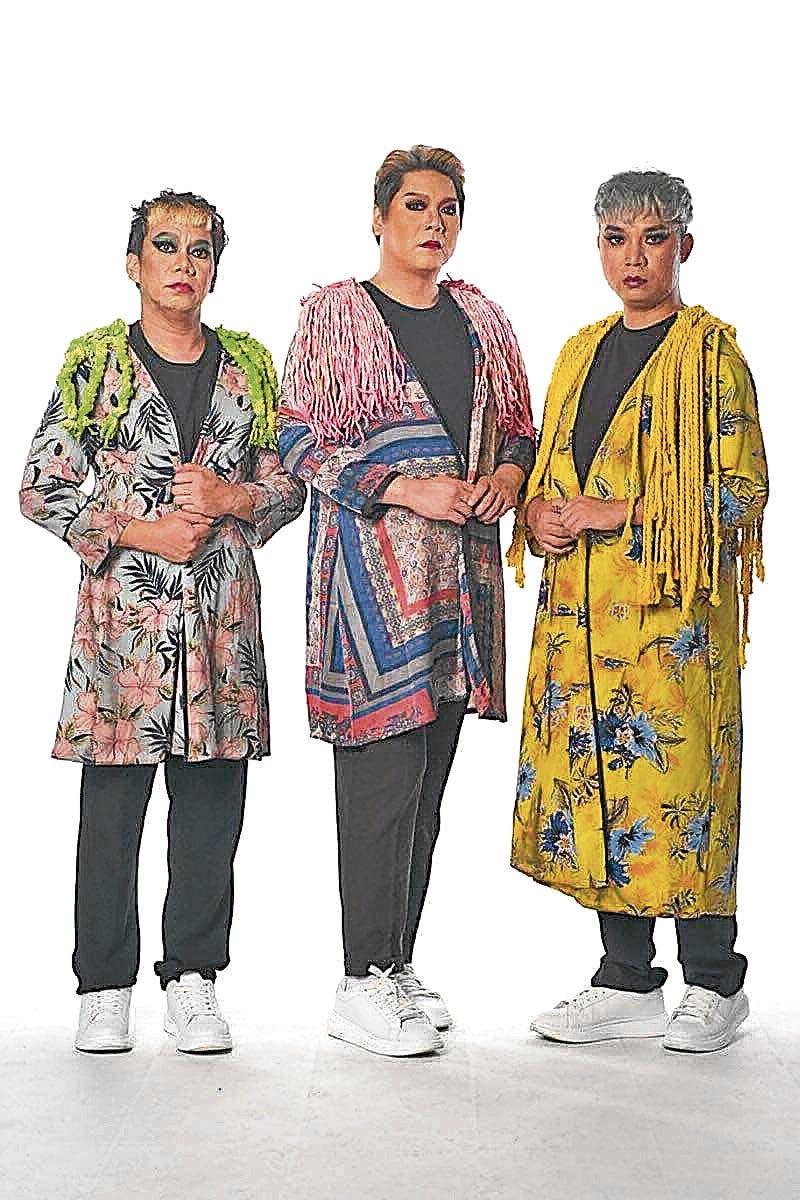 May the manananggal tale remind us that we don’t need to search for our “other half” if we find ways to be complete on our own, après tout.Here are quotes from Aubrey (A), Marco (M), MC, Chad (C), Lassy (L) and Darryl (D):

D: I like the underlying meaning of a manananggal, that’s why I conceptualized this movie. After we are broken apart by life’s trials, we find a way to reassemble ourselves to fly again. It’s very much like that mythical creature in Pinoy folklore.

M: My fave scene is the one with my butt exposure (laughs). I hope it doesn’t get edited out. As the cliché goes, if you have it, flaunt it.

A: My fave scene is the finale, at the burol. That’s when my character shows what she really feels, so the audience will understand why she did what she did.

MC: Vice Ganda molded Lassie, Chad and me as his sidekicks. Now, it’s our turn to take centerstage. In this movie, the three of us stepped out of our comfort zone, which is comedy. We are out to show that we can also do drama.

C: I still can’t believe the turn of events for Beks Battalion. But we make it a point to help our colleagues, who are still waiting for their big break.

L: There’s nothing wrong with loving too much. We just sometimes love the wrong person. For gays like me, ‘di lang puso ang nahahati, pati budget (laughs).

D: The original plan was to shoot in Capiz, but we decided to film in Siquijor instead. It’s a rising tourist destination. Just like me, Siquijor is misunderstood. It’s a misconception that it’s a place full of aswangs. It’s a magical island. Shooting there was life-changing for me.