Bond is back: 007 film 'No Time To Die' premieres in London | Inquirer Entertainment
Close
menu
search

Bond is back: 007 film ‘No Time To Die’ premieres in London 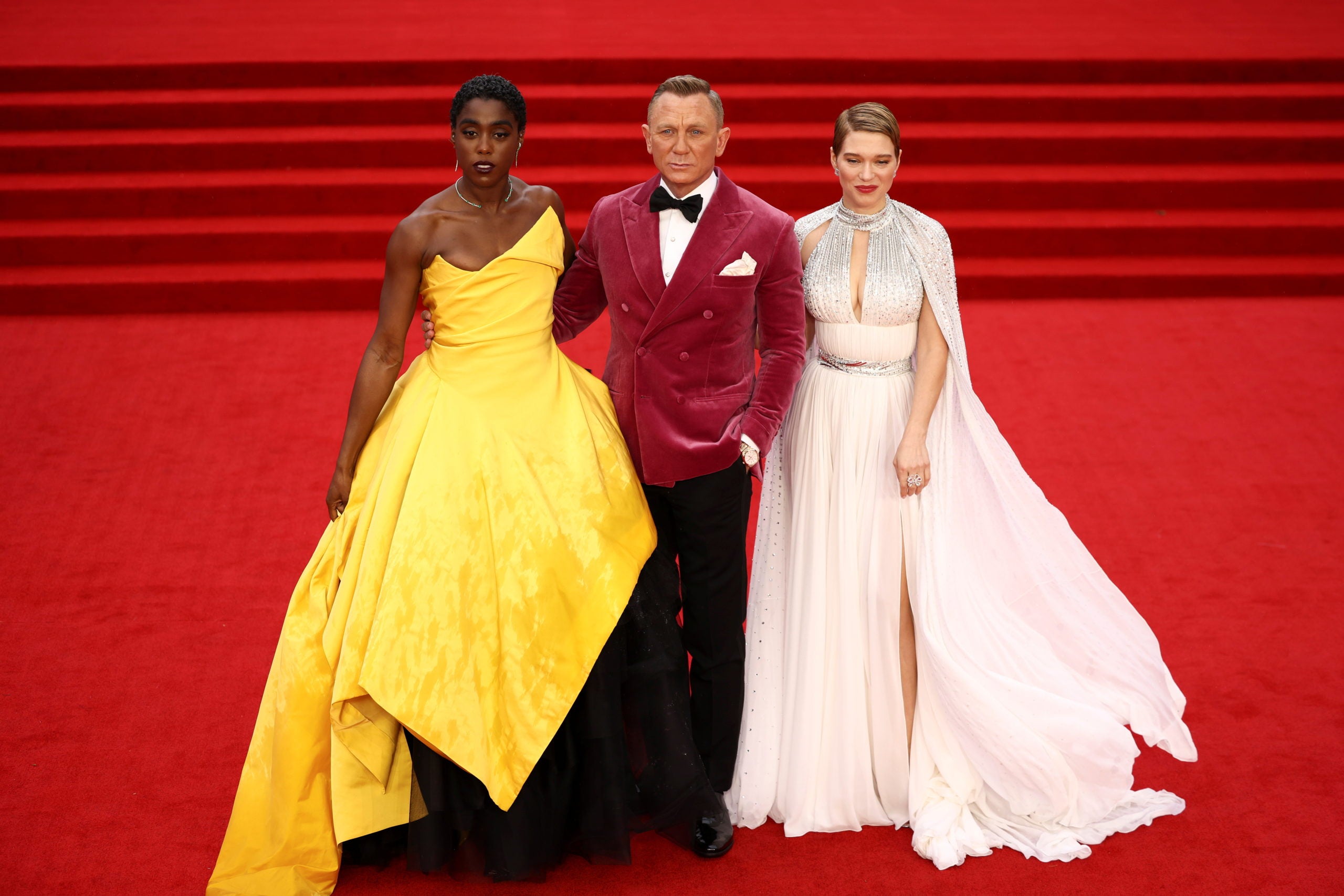 Lashana Lynch, Daniel Craig and Lea Seydoux pose during the world premiere of the new James Bond film “No Time To Die” at the Royal Albert Hall in London, Britain, September 28, 2021. (REUTERS)

LONDON  – With a guest list made up of Oscar winners and British royalty, James Bond film “No Time To Die” finally held its delayed world premiere in London on Tuesday in the cinema’s most high profile red carpet since the start of the COVID-19 pandemic.

“No Time To Die”, the 25th Bond movie, has been delayed three times since its original April 2020 slot as movie theatres around the world were forced to shut their doors as well as impose audience number restrictions due to the pandemic.

The Universal Pictures and MGM film, part of one of Hollywood’s biggest franchises, marks Craig’s fifth and final outing as the suave British secret agent, wrapping up a 15-year tenure that began with 2006’s “Casino Royale”.

“It’s such a great relief. It was so important to me to come and celebrate with all the other cast and crew and to get it into the cinemas and we’re here,” Craig told Reuters.

“A year ago I didn’t think that was going to happen.”

Asked what he was going to miss the most from playing 007, he said: “The people.”

Costing an estimated $200 million to produce, “No Time To Die” sees Bond come out of retirement in Jamaica to help track down a new villain, described by Oscar winner Malek as “mischievous(and) devious”, and armed with lethal technology.

“The most daunting part was just coming up with a good story,” director Cary Joji Fukunaga said.

“I think of it as a last chapter of this one book where we (first) met Daniel in ‘Casino Royale’ (and) it’s all part of the same story.”

The film introduces 00 agent Nomi, played by Lynch, who said: “I’m just happy it’s here and we get to celebrate it in the way that it deserves.”

Also at the premiere were Britain’s Prince Charles and his son Prince William and their wives. As a thanks for their frontline work during the pandemic, health workers and members of the armed forces were also invited.

Beginning its cinema rollout this week, “No Time To Die” is among the most anticipated movies this autumn.

“I know the world is expecting this film,” said Seydoux, who reprises her “Spectre” role as Madeleine Swann.

“We gave everything to this film … and I hope people will love it.”

“Now that the cinemas are open we’re really happy to be supporting the industry,” producer Barbara Broccoli said.

“We made this film for the cinema and we want people to enjoy it.”