Janella Salvador got liposuction after pregnancy for ‘journey back to sexy’ 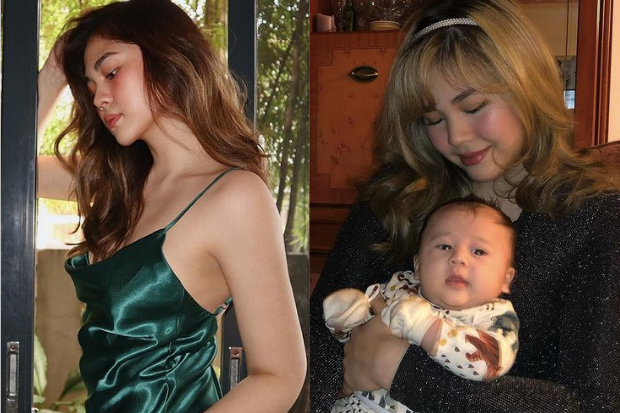 Janella Salvador opened up on her weight loss struggles after giving birth, confessing that she underwent liposuction to regain confidence.

The actress admitted to getting the procedure while recalling her weight loss journey on her Instagram page yesterday, Sept. 26. She also showed photos of herself with her baby Jude, her first child with actor Markus Paterson.

“I lost all the remaining ‘vanity’ that I had in me the moment Jude came into my life. My life revolved around him,” she said.

The celebrity mom added that she felt like she had to be around Jude all the time but during her son’s first few months, she “physically did not feel like [herself].” She wore big or loose clothes to “hide” her body and gained 40 pounds after her pregnancy.

Salvador said celebrity doctor Vicki Belo was the one who suggested and convinced her to have liposuction, though she was initially hesitant to get the procedure.

“I initially said no. I was afraid. But after many talks and getting assurance from her, I gave in. Best decision ever,” she told fans. Salvador also thanked Belo’s husband Dr. Hayden Kho for helping her in her “journey back to sexy.”

“I am finally starting to see the woman I want to see in the mirror once again. I also want to give myself a pat on the back for taking [the initiative] to exercise as well,” she added.

Salvador then encouraged fellow moms to enjoy their journey through motherhood and not to feel pressured.

Salvador and Paterson confirmed their relationship in September last year. The actress reportedly gave birth to Jude in the United Kingdom by October. The couple did not reveal that they are already parents until January this year. JB