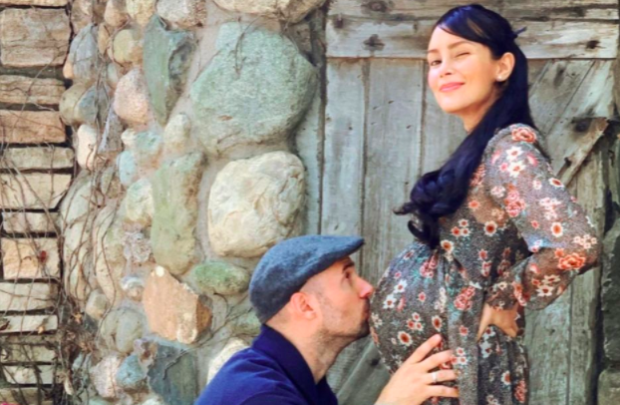 Jewel Mische has revealed she is expecting her third child, the second baby that she and her husband Alister Kurzer will be welcoming amid the pandemic.

The former actress announced her pregnancy by showing a photo of herself donning a gray floral dress while Kurzer kisses her baby bump, as seen on her Instagram page today, Sept. 26. She is currently 35 weeks pregnant.

“Do you get a plaque or something if you have two babies in a pandemic?” she jokingly asked.

The couple welcomed their first child Aislah Rose in July 2018 while their second daughter Emerald was born in April last year. She and Kurzer have been married since 2015.

Mische was named the Ultimate Sweetheart during the fourth season of GMA Network’s talent competition “StarStruck.” She starred in several TV shows such as “Pilyang Kerubin,” “100 Days to Heaven” and the Philippine adaptation of the Mexican telenovela “Maria la del Barrio.” JB