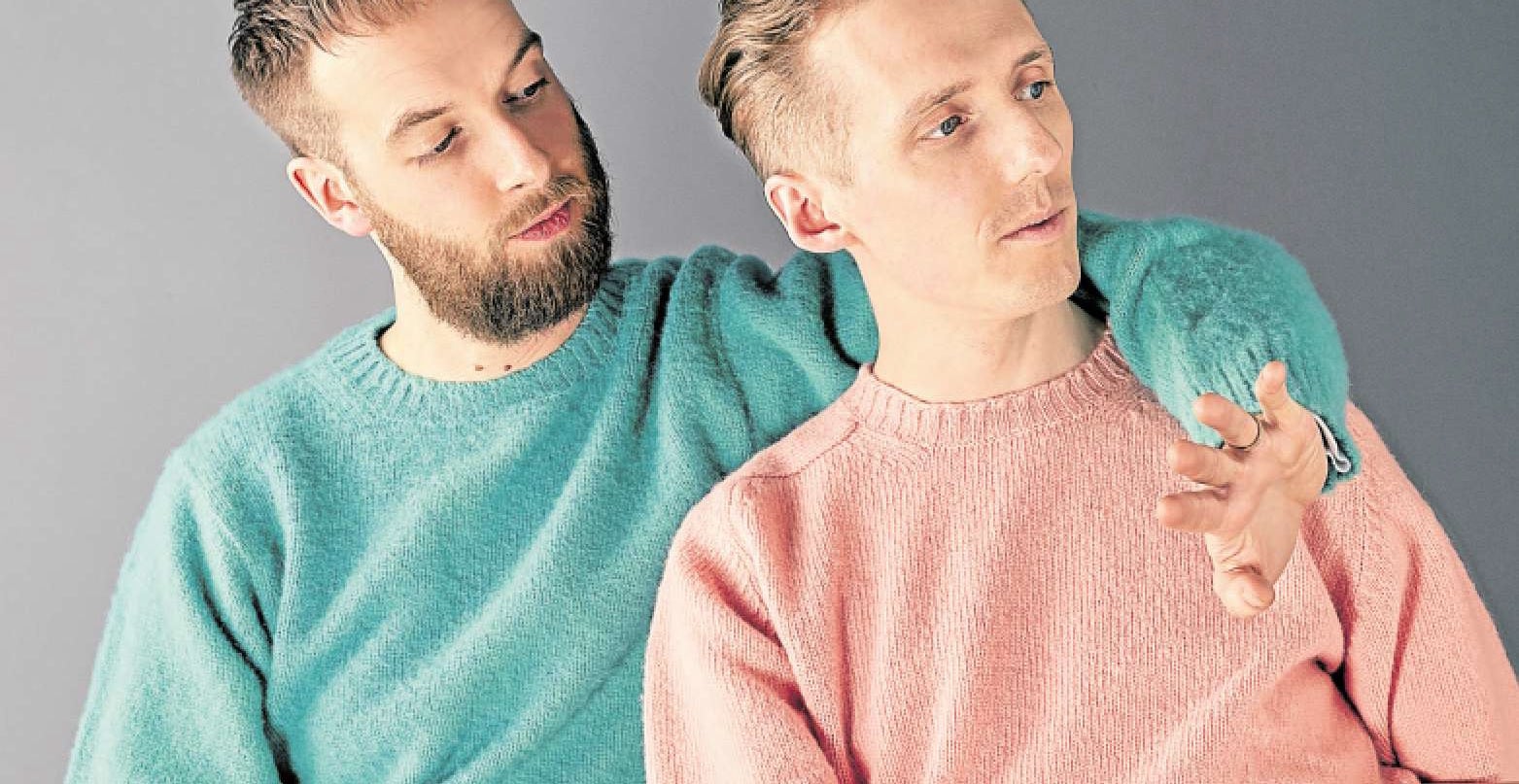 If there’s one thing that stuck with the British electronic pop duo Honne in their past trips to the Philippines, it’s that Filipino fans and audiences “are some of the best singers we can ever ask for.”

“Yeah, we just miss playing our live music there, because whenever we do, you sing so loudly and it’s absolutely brilliant and we love it so much,” singer Andy Clutterback said in a recent Zoom interview for Honne’s participation in the G Music Fest 2021 on Sept. 25 and 26.

Andy and his bandmate, producer James Hatcher, first held court in the Philippines in 2017, as a headliner for the Wanderland Music Festival. The two musicians have since returned regularly, playing gigs, festivals and mall shows—the latest of which was in November 2019, just a few months before the world went into lockdown because of COVID-19.

“Even when things were going wrong … In one of our first festival gigs there, James’s keyboard fell off his stand. It was probably one of the worst things that ever happened, or we thought that time,” Andy recalled. “But that didn’t matter, because you guys were absolutely loving it and it was brilliant, so we just kept carrying on singing.”

As part of G Music Fest, which will be live streamed on Globe’s official Facebook page, Honne will join other music acts, local and international, in a virtual fan meet titled “Up Close” on Sept. 25, starting 5:30 p.m. The two will then play an exclusive set on Day 2, which starts at 4 p.m.

Other artists in the lineup are Vance Joy, Beka, SB19, Alamat, The Juans, Silent Sanctuary, I Belong to the Zoo and December Avenue.

Aside from the virtual show, Honne—which has attracted a big following in the Philippines with its soul- and funk-inflected electronic jams and ballads like “Location Unknown,” “Day 1” and “Crying Over You”—is also set to release a new album this October.

Production for the album, titled “Let’s Just Say the World Ended a Week From Now, What Would You Do?” began in January 2020, and is described as “bold, liberating, ambitious,” and pushes Andy and James into “broad and exciting new spaces.

They have released four singles so far en route to the album release: “IDGAF About Pain,” “What Would You Do?” feat Pink Sweat$, “Now I’m Alone” feat Sofia Valdes and “Coming Home” feat NIKI.

What’s the story behind your upcoming album’s title?

Andy (A): It’s kind of a funny story. It obviously draws upon this question, “Let’s just say the world ended a week from now, what would you do?” We wrote it before the pandemic had even started, so it sounded like a very ominous question … Obviously, it became very relevant since the pandemic and the song’s meaning sort of changed and developed into something different.

How did the lockdown affect your creative process?

A: It’s difficult. It’s very tricky to be inspired, especially when you can’t go out, see your friends, your family—all these people you love.

But we quite often write about things that are very close to us, and a lot of the tracks are about love, relationships. I’m just very fortunate that I have been in a long-term relationship. So, I kind of just write about what I know.

James (J): Andy and I are apart, but we’re still writing music together, somehow … I would write music on my computer, at home, and he would write music in his place. We have similar setups at our respective homes, so we can open, exchange projects using Drop Box, and see what each other’s working on. We’re so lucky we’re able to stay collaborative, even though we couldn’t be in the same room for quite some time.

How do you resolve creative differences?

A: We have known each other for probably 14 years now. We have been working on music together, whether it was for Honne or something different, for that amount of time. So we know each other very well; we’re very, very good friends.

Yeah, there’s always going to be slight clashes. But I think we have gotten better over the years … The usual way we work things out is that we spend a bit of time apart: If we’re working together, we might go for lunch breaks separately and then when we come back, have a discussion and agree on something.

But yeah, we never really bicker about too much—we get on and for a crack at what we have to do … Compromise is probably one of the most important things that has helped us achieve longevity.

J: Because we have been working together for so long, we both already know the end result we’re aiming for. We will talk about what we want, and then work toward that … We will both agree that it’s right when everything’s falling into place—we will just know. But yeah, it’s just about working together, and trying and trying all these different things to get the right result.

What can the fans expect from your set at the G Music Fest?

A: We expect lots of people in front of their TVs, jumping out dancing, singing. Yeah, it’s so nice to be able to perform. I know it’s not in real life and in front of you, physically, but it’s nice to be able to have the chance to play music, whether old songs or new ones. For you guys there in the Philippines, it’s going to be a nice time, reminiscing and all.

So, have you guys finally figured out what you would do if the world were to end in a week?

A: We built a bunker in our garden. That’s what we have been working on for the last three months!

J: I think the truth is we’re both family-oriented people. Our families are from the countryside, so we would go back home and just hang out with all our family, all the kids, our grandparents—all that kind of stuff. It’s a bit of a boring answer, but that’s the reality. All that matters is family and love and having nice people around you.

A: Yeah, it’s the same for me. But what I would do differently is just eat any food I can get my hands on, without worrying about my weight or anything like that. Just go for it, you only got a few days left!