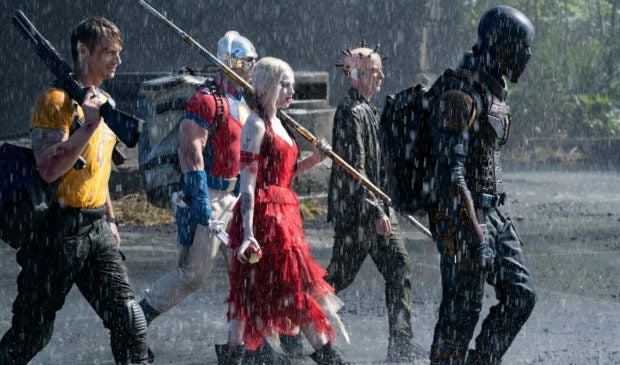 Yes, it did take me that long to write about this which I will call my unofficial official movie review of sorts mixed in with my thoughts of “The Suicide Squad.” Basically, these are in essence two reviews which I have mashed into one because there is something I have in plan for my next column. I also did the arduous task of watching every single DC movie that has been released, beginning with the Christopher Nolan-directed era of Batman movies and ending with “The Suicide Squad.” Hey, I might as well make use of my time being at home most of the time because of the pandemic.

I really enjoyed “The Suicide Squad” movie. It certainly lived up to the expectation level most of us had on it and it was so good that I rarely thought of the first one that came out a few years before this one. The credit largely in part goes to director James Gunn who I shall say made a movie that even surpassed every other superhero themed movie he was in charge of directing. Certainly, there is no question that Gunn belongs in the league of visionary directors and writers who can leave his indelible thumbprint in any movie he is given the authority to take charge of.

It is obvious Gunn had a lot of fun with “The Suicide Squad” and had full creative freedom to do whatever he sees fit and he nailed it. To be able to have no restrictions was clearly taken full use of here and the end result is favorable to all comic book collectors without any question.

“The Suicide Squad” feels fresh, new and a complete revamp from its first version “Suicide Squad,” which, however, was not a bad movie at all in itself. But compared to the latter, the former was nowhere near the level of the movie experience one can get. It is so rare to have a reboot/remake of a movie that surpasses the first one in every possible category. And this is what distinguishes “The Suicide Squad’ from other such reboots/remakes.

Now, let us get to the new cast of DC comic book-based characters that made their leap to the big screen here. From Bloodsport, King Shark, Polka-Dot Man, Peacemaker, Ratcatcher 2, Javelin, Weasel, and so on. Plus, the return of familiar faces in Harley Quinn, Captain Boomerang, Rick Flag and Amanda Waller. The new selection of B to C list of DC supervillains here fits to a T the oddness, weirdness and bizarreness of what a lot of us comic book collectors have always loved about “The Suicide Squad” comics.

Let us just say it the way it is without any sugarcoating. They are the misfits of the DC Comics list of supervillains. All have their own charm about them and appeal that makes you root for them. They are a ragtag collection of misfit dolls that in reality should not be able to work together, but miraculously always finds a way to accomplish the mission even at the expense of most of them getting wiped out, as perfectly and brutally shown in the first arc of the movie. 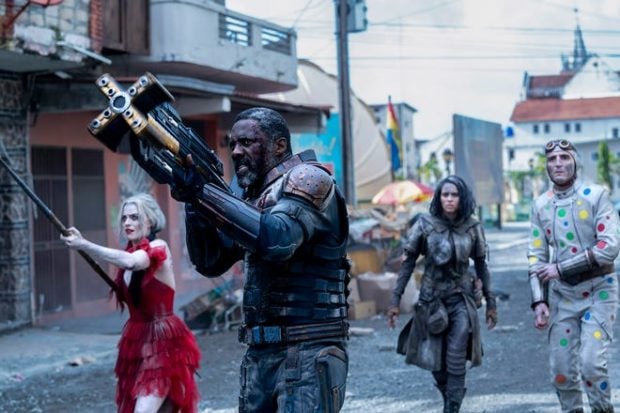 That scene alone of the first team getting slaughtered was an example of why they have been given that moniker, The Suicide Squad, because the villainous, manipulative and deceptive Amanda Waller knows from the very beginning that her top secret program which was first dubbed Task Force X before it was changed to the more popular the Suicide Squad is meant to serve as a death sentence to the super-villains incarcerated under her watch.

On another related topic, I enjoyed what they did with Harley Quinn’s representation here as they somehow were able to streamline her onscreen character and make her more of a damsel in distress type of heroine, which would require the second team of the Suicide Squad to save her. Excellent sub-plot, this is! To the young filmmakers out there, this is an example of filmmaking 101, which is to have someone the moviegoers can root for to be saved and the payoff will always appease the moviegoers in the end. Yes, even though Harley Quinn was able to escape her captors, the motivation, planning and execution of trying to save her were still there.

Starro the Conqueror was a literal freak of nature super, supervillain. This is the first time that there has been a literal Godzilla-sized super-villain appear in any DC movie. The size alone of Starro was a startling sight to behold and served to be a gigantic problem for the surviving squad members to go up against. What a way to have all the events leading to this! It was a jaw-dropping moment for all moviegoers because it made the wait all worth it, to see this giant alien starfish from DC Comics infamy be the final big baddy that Bloodsport and company must put a stop to, or possibly cause the brainwashed slavery of the entire human race as the surviving squad members know what Starro wants to do.

For such a violent, gory and disturbing movie in some snippets of certain scenes here, the craftsmanship of James Gunn is almost Pulp Fiction-esque and that is not overpraising him but stating a clear fact; if you can get past those things that would turn off some moviegoers, you will see here that “The Suicide Squad” serves a purpose in expanding the possibilities of the thematic direction future DC movies can reach.