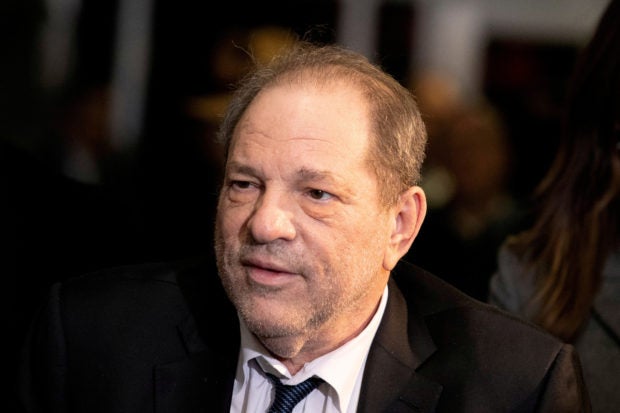 LOS ANGELES — Harvey Weinstein again pleaded not guilty to 11 counts of rape and sexual assault on Monday, as his defense attorney complained that prosecutors are training a “water cannon” of uncharged allegations at him.

Weinstein had pleaded not guilty to the same charges in July, shortly after being extradited to Los Angeles from New York, Variety reports. But prosecutors brought a new indictment against him in August, in order to salvage a charge that had been dismissed on statute of limitations grounds.

Weinstein was again wheeled into court, wearing a brown jail jumpsuit and a mask below his nose. He spoke only briefly, agreeing to waive trial deadlines. A trial is not expected until next spring, at the earliest.

Weinstein’s attorney, Mark Werksman, said that Weinstein is being held as a “keep away” at the Twin Towers jail in downtown Los Angeles due to his high profile status and his health problems. He said Weinstein is “obviously struggling” with the situation, which he said is “akin to solitary confinement.”

“He can’t walk and he can’t see,” Werksman said.

Prosecutors filed a motion on Monday asking the court to allow several Weinstein accusers to testify at trial in support of the five women whose claims pertain to the 11 counts. The motion was filed under seal, but prosecutors had previously indicated they would ask that 10 to 12 such “prior bad acts” witnesses be permitted to testify.

Werksman complained that the D.A.’s office is “opening up a water cannon of allegations against Mr. Weinstein through numerous uncharged alleged victims.”

Werksman has also filed a motion to dismiss the entire case, arguing that prosecutors failed to present sufficient evidence to the grand jury to bring charges, and relied on faulty expert testimony. The grand jury transcript remains under seal.

The defense had earlier prevailed in dismissing a count of sexual battery by restraint due to the statute of limitations, though prosecutors were able to restore the charge by returning to the grand jury. The defense has 30 days to renew its effort to dismiss that charge. JB