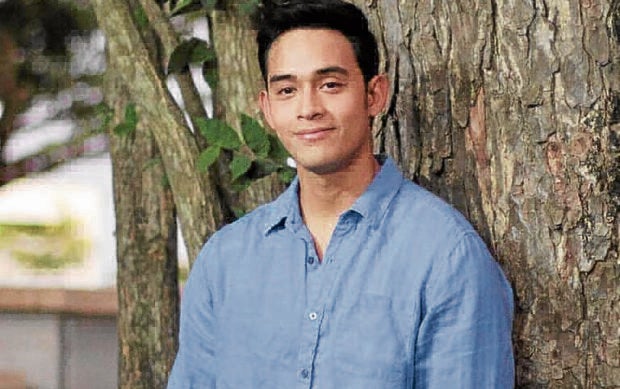 After a two-year hiatus from show biz, Diego Loyzaga returned to acting in 2020 with a renewed enthusiasm for his craft and a sense of clarity about his future.

That his career is back on track after personal struggles had threatened to derail it is a blessing. And there’s no other way to put it, he said—“an answered prayer.”

“This is what I had prayed for years back. Everything is unfolding well. All I can say is thank you, Lord and to my management. Not everyone gets a second chance. Actually, this may have already been my third, fourth, fifth chance,” he told the Inquirer in a recent one-on-one chat arranged by Viva Entertainment for the new comedy flick “Bekis on the Run.”

Diego has yet to open up about the exact circumstances that led to his decision to lie low. But he has alluded in past interviews—and again in this one—that it had something to do with mental health issues.

“It’s amazing how things can turn around. It’s amazing how life can just change all of sudden if you believe … if you try and try again,” related the actor, who, upon his comeback, starred in the TV5 television shows “Kagat ng Dilim” and “Encounter” and the movie “Death of a Girlfriend.”

What has changed this time is that he seems to have finally figured out the things he was doing wrong and how to make them right. “Prior to my hiatus, my priorities were all wrong. I wasn’t thinking about my career and future seriously. I was just living in the moment, enjoying myself, as I tried to cover up problems I didn’t know how to deal with,” he said. “I have left that behind me.”

His break from show biz gave him much-needed time to reflect and think about what it is he truly wants to do in life. “You have to find a purpose; something you want to achieve and work toward. Clear goals… when it comes to my family, friends and maybe even love life,” he said.

The goal is to continue bettering himself as an actor. Coco Martin’s career, he said, is one he deeply admires. “He has done lots of things. He had done indie films and explored different characters, and then he got breaks to be a leading man,” he said. “I don’t mind being a character actor, too, because I also dream of doing out-of-the-box roles.”

Apart from acting, Diego sees himself getting into hosting. “I’m just a little shy but I know I can do it. As you may notice, I can be really talkative,” he said, laughing.

He’s also entertaining the idea of setting up his own podcast, where he hopes to talk about his struggles with mental health and how he reined them in. “If it’s on my own platform and on my own terms, I would definitely want to talk about what I went through, because other people may be in a similar situation now. They may be going through anxiety or depression, and they don’t know why,” he said.

“I would love to share some of the things I have learned during my hiatus. Sayang naman (It’s regrettable) if I don’t share it, because it may help someone. Even if my story helps only one person, at least it’s not just myself I was able to help, at least I was able to reach out to someone else because of my story,” he said.

Directed by Joel Lamangan, “Bekis in on the Run”—now available for streaming on Sept. 17 on Vivamax—follows the story of Andres (Diego) and his estranged gay brother, Donald (Christian Bables), who get reunited over the latter’s urgent need for big money. Together, they attempt to rob a construction site. Things get complicated, however, and force them to go on the run.

It’s not all mindless humor, however. The movie also touches on relevant issues, like the discrimination gay people or members of the LGBTQ community experience. “Not everyone understands them. And even if some do, the treatment they get still isn’t fair or the same as what straight people get. It’s true, not just here in the Philippines, but all over the world … It’s a reminder that in the year 2021, people with different preferences are still treated differently,” he pointed out.

Also in the cast are Kylie Verzosa, Sean De Guzman and Lou Veloso. “It’s just a light comedy film, so we had fun on the set. It was great working with Kylie. Christian can get into his character in a snap. Despite being a newcomer, Sean already knows what to do,” Diego said, adding that the locked-in bubble allowed for a more streamlined workflow.

“It was a great learning experience … It worked out great for us because there were no distractions. When the pandemic ends, I hope we can keep working with this style of setup,” he said. INQ