From ‘Believe’ to biscuits, Ted Lasso turned on the charm 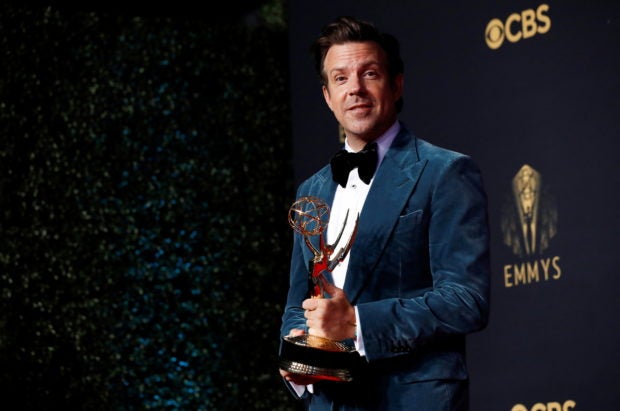 The Apple TV+ comedy starring Jason Sudeikis as an American coach thrown into the world of tea-drinking Britons and the sometimes arcane rules of English soccer, won seven Emmy awards on Sunday, including best comedy series.

Critics and fans alike have praised its edginess combined with its feel-good messages as a perfect antidote to the world’s pandemic times. As proof, they cite Lasso’s observations on life, soccer and England, a selection of which follows:

* “Be curious, not judgmental.”

* “I always thought tea was going to taste like hot brown water. And do you know what? I was right. It’s horrible.”

* “I believe in Communism. Rom-communism, that is. If Tom Hanks and Meg Ryan can go through some heartfelt struggles and still end up happy, then so can we.”

* “There is something worse out there than being sad, and that is being alone and sad. Ain’t nobody in this room is alone.”

* “If God would have wanted games to end in a tie, she wouldn’t have invented numbers.”

* “Fries are called chips, chips are called crisps, and bangers aren’t great songs but they do make you feel like dancing because they’re so darn tasty.”

* “You know what the happiest animal in the world is? It’s a goldfish. It’s got a 10-second memory.”

* “Tea and I are still on a lifelong hiatus.”

* “I think I literally have a better understanding of who killed Kennedy than what is offside.”

* “Taking on a challenge is a lot like riding a horse. If you’re comfortable while you’re doing it, you’re probably doing it wrong.”