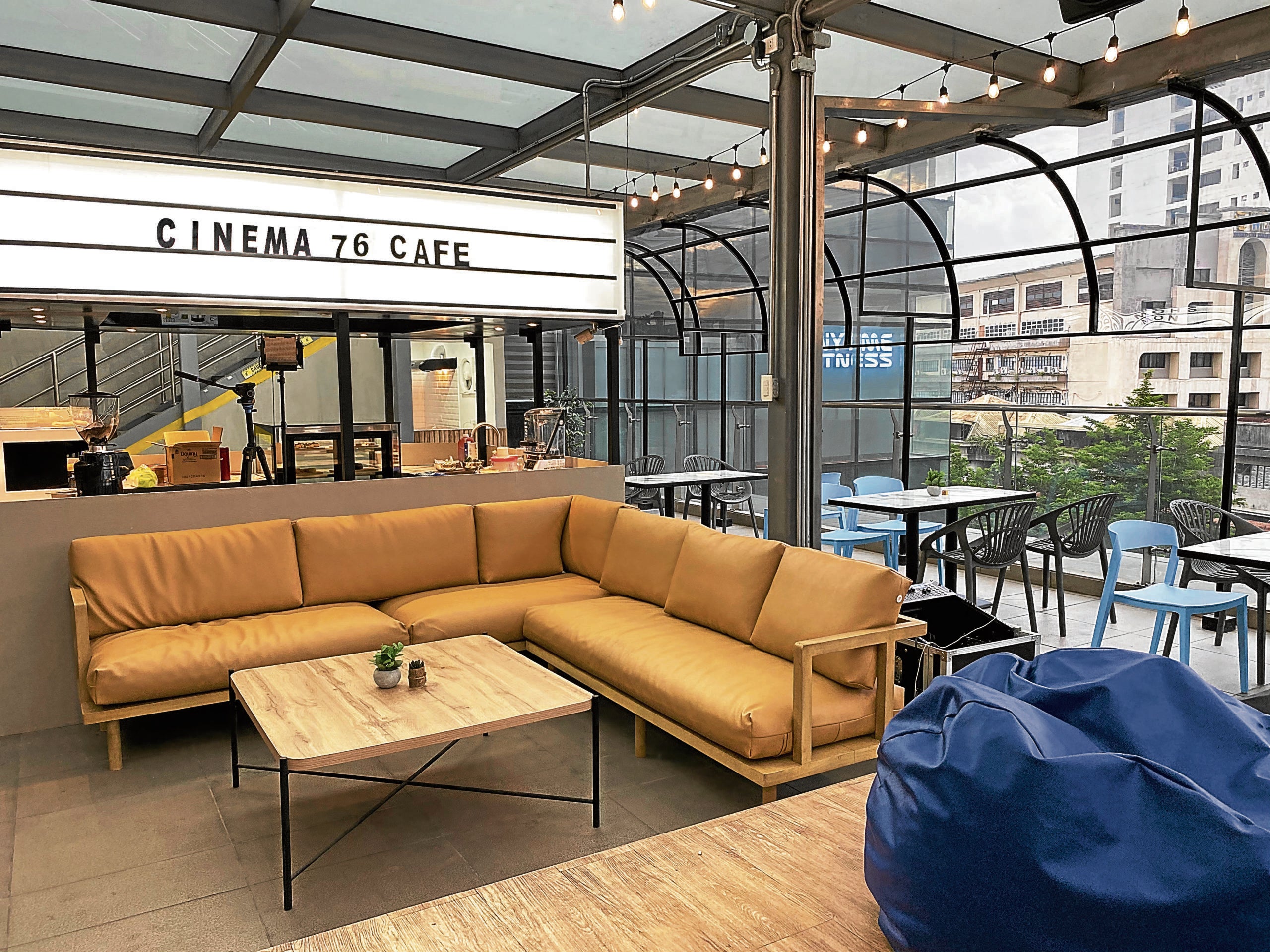 The resurgence of the COVID-19 virus early this year has introduced a darker reality for most of the key players in the entertainment industry: that the temporary closure of some industry-related establishments has become permanent.

Case in point: Cinema ’76 San Juan, the microcinema created in 2016 that became “a haven for filmmakers, producers and film fans looking for a home,” has permanently closed shop on Wednesday, according to Daphne Chiu, EVP and general manager for TBA Studios.

“It hasn’t been operating for quite a while now, but, early this year, we came to a point when we said we could no longer wait for the government’s go signal to operate. We decided to close it down for good and focus our attention on our branch in Anonas, (Quezon City),” Chiu told Inquirer Entertainment.

Chiu said the immediate plan for Cinema ’76 San Juan was to collect all assets there and arrange for a sale “of whatever we have there as souvenirs for cinephiles who would want a piece of the place. We will do this when the time is right.”

Chiu recalled the first time the San Juan branch opened to the public in 2016. “Our first-ever screening was the Oscar Awards show. This was in the morning so we served breakfast to the industry friends we’ve invited. The one person I remembered clearly that day was Ms Cherie (Gil) because she brought champagne. We bought orange juice and she made mimosa for everyone. Some brought food and others, pica pica. That was really memorable,” Chiu said. 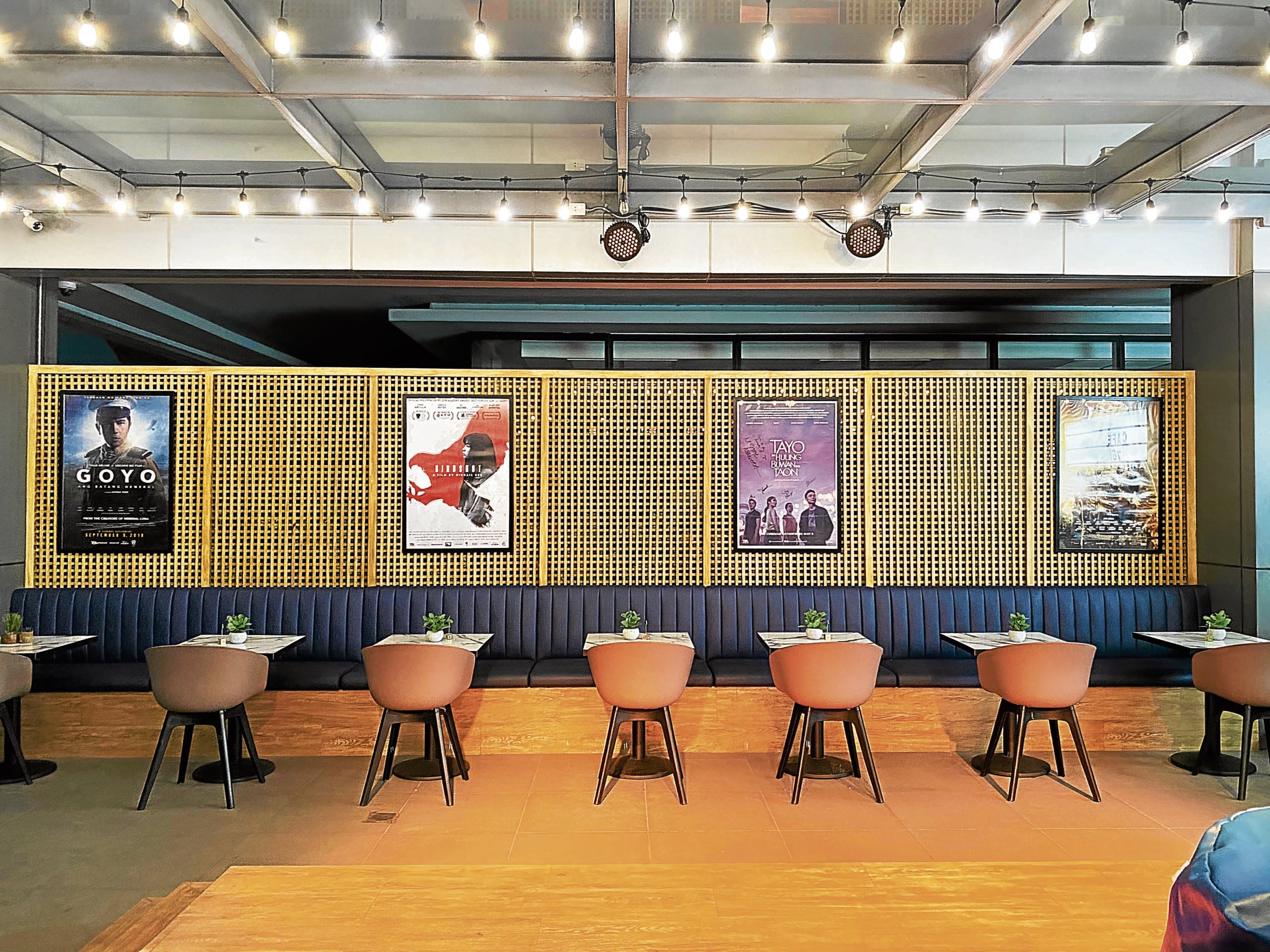 Prior to the San Juan branch being transformed into a microcinema, Chiu said it used to be a multipurpose room filled with pallet couches. “We would reorganize the fixtures to turn the place into a big conference room. For a time, we held meetings there or used it as a preproduction space for ‘Smaller and Smaller Circles.’ We realized that there was so much effort put into rearranging the fixtures there so, one day, we decided to just leave the couches there and open it to the public as a microcinema,” Chiu recalled. “For a time also, it hosted masterclasses for screenwriting with Sir Doy (del Mundo) as facilitator, and documentary filmmaking with Baby Ruth (Villarama). I could go on and on with anecdotes about the place. We had a lot of good memories there.”

Of course, there were also screenings there of monumental films like Nestor Abrogena’s “Ang Kwento Nating Dalawa,” which was “one of the first movies that really helped the independent movie industry make so much noise,” Chiu said.

“This was then followed by (JP Habac’s) ‘’I’m Drunk I Love You.’ After that, there were a lot of screenings that went on until past midnight, as in 2 a.m. or 3 a.m. People really wanted to watch. The cinema was always filled to its capacity. We couldn’t accommodate all since it would have been a fire hazard. We tried to add more early morning screenings to accommodate them.”

Chiu said there were also those who would travel from the province on rented buses just to catch a film that was screened exclusively at the Cinema ’76 San Juan. “There were those who had to ride planes, too. We also got to witness a lot of marriage proposals there,” she beamed. 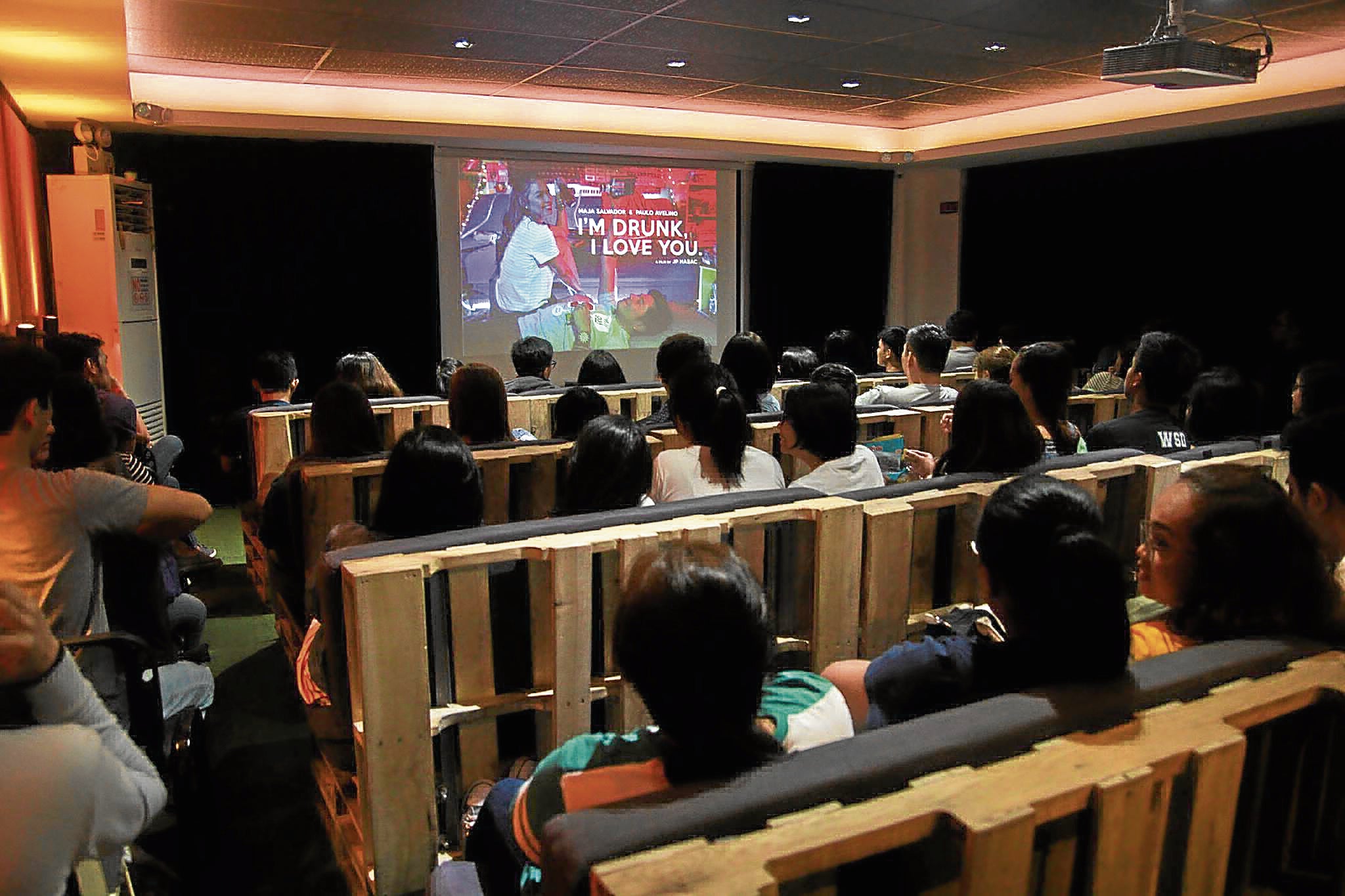 Full house screening of “I’m Drunk I Love You”

The Cinema ’76 branch in Anonas was built three years later.

When the government ordered the first pandemic lockdown in March 2020, Chiu said her company’s initial reaction was to close the establishment temporarily. “We didn’t even try to review the numbers because we were also in close coordination with the CEAP (Cinema Exhibitors Association of the Philippines). We tried to keep ourselves updated as to when the IATF (Inter-Agency Task Force for the Management of Emerging Infectious Diseases) would finally allow the reopening of cinemas. We’ve been lobbying for this along with the CEAP,” she said.

“We had hoped to resume operations before the 2020 Metro Manila Film Festival, but even the festival opted to go online. Come the first quarter of 2021, we decided to open the Cinema ’76 Cafe (in Anonas) and so all our attention was directed there. We also transferred our ticket sellers and cinema staff to the cafe. We gave training for some of them to become baristas,” Chiu said. 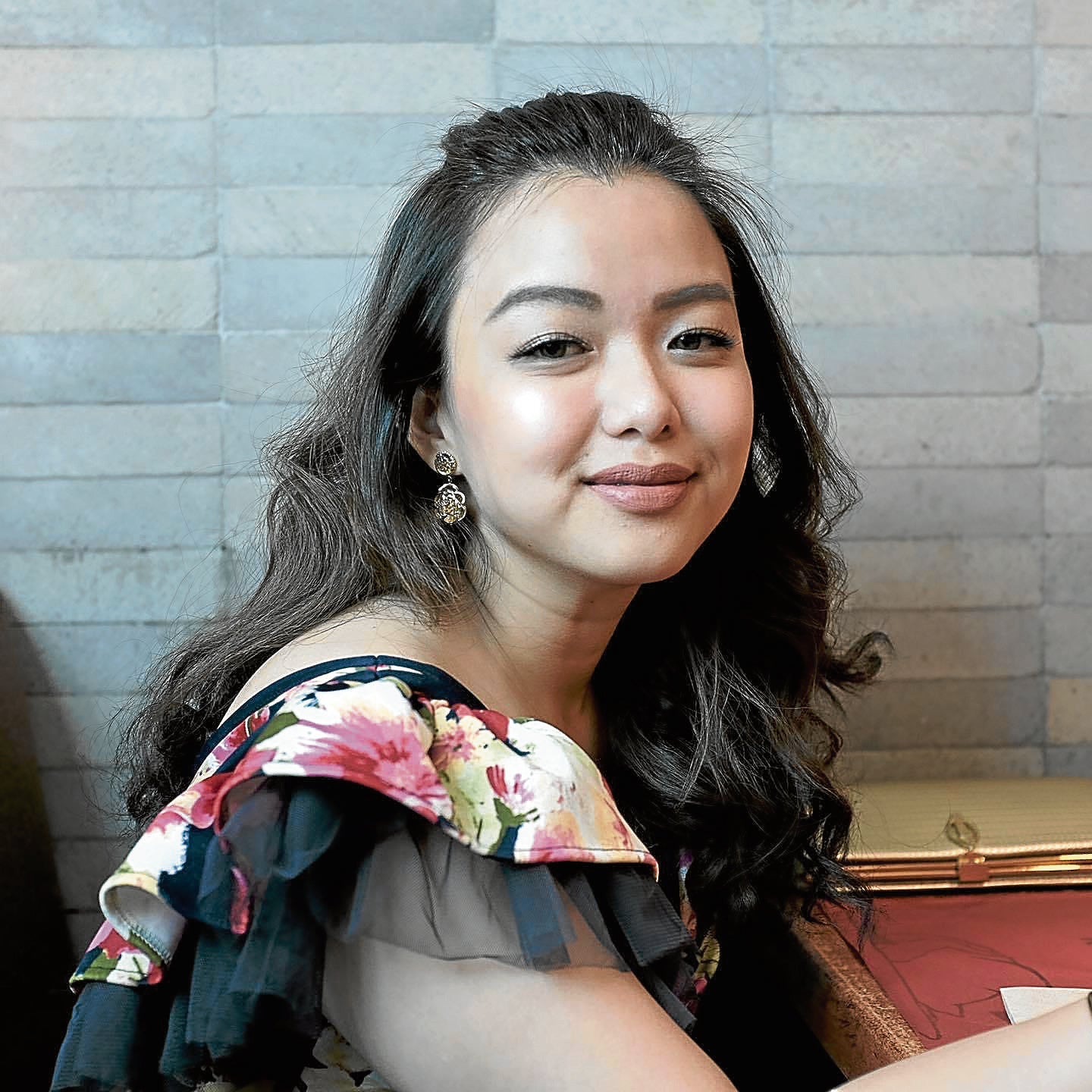 Then one day, the inevitable came. Chiu said they finally sat down to decide on the fate of the San Juan branch. “We had hoped to revive it, but up to now we still don’t know when our major cinemas will resume operations. We decided to just focus on Anonas since we still have two screens there,” she explained. “We were going through our archives to find photos for the tribute post and we all felt like crying. The place is now gone.”

Personally, Chiu said she remains hopeful. “If things normalize, then maybe we can put up another branch. Who knows? We’re in the industry, anyway, and we have connections with the producers and filmmakers. The heartbeat in Anonas is getting stronger. But for now, this has to be done,” she declared.

Chiu also said that while the company “absorbed” a number of employees from the San Juan branch and transferred them to the cafe, they still had to let go of some people. “That’s a sad fact. The cafe has reopened (starting Sept. 16), when the IATF announced we’d be under GCQ Alert Level 4. We can accommodate 15 people inside the cafe and others can do takeout or delivery. We’ve decided to focus all our energy on this one location,” she said. 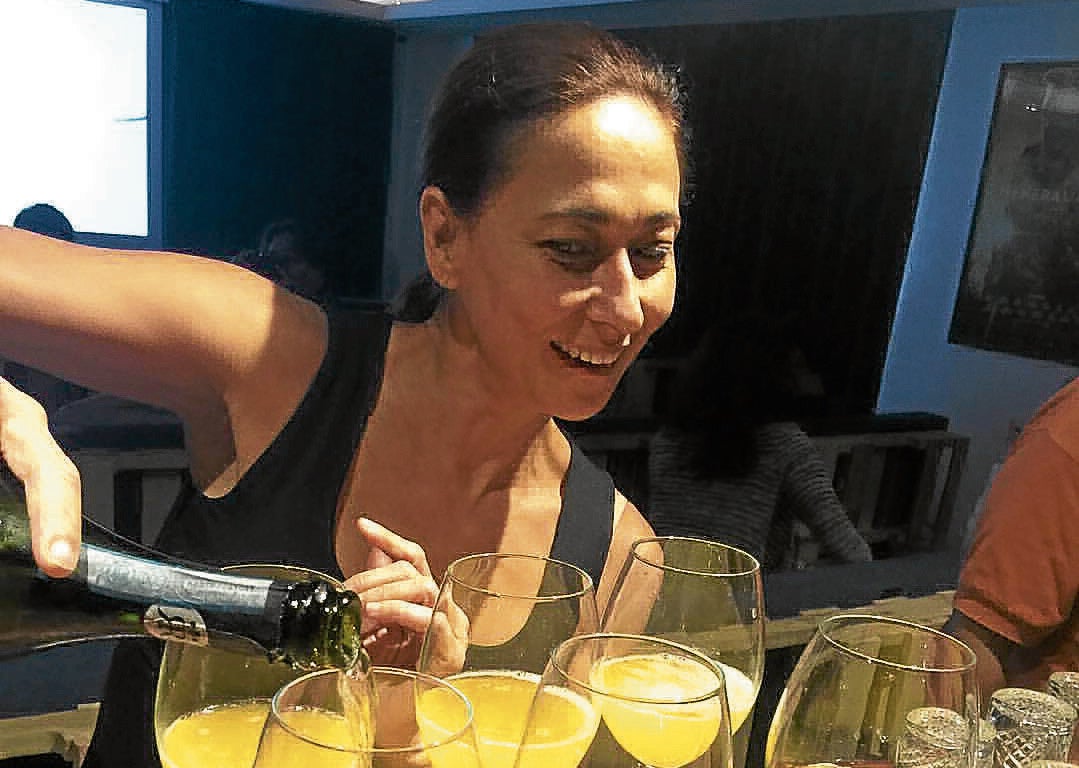