‘Scenes from a Marriage’: Oscar Isaac and Jessica Chastain revisit a Bergman classic 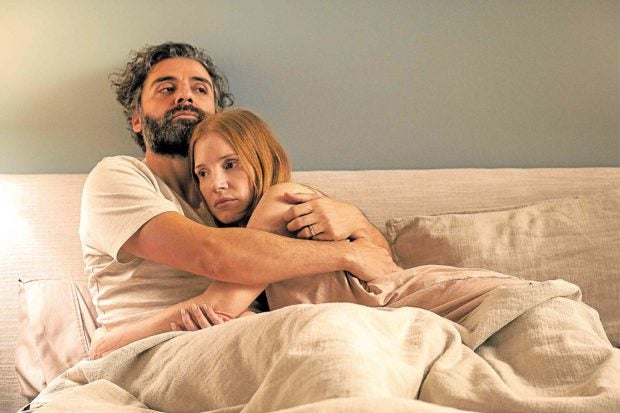 Given its cinematic pedigree, the casting of Oscar Isaac and Jessica Chastain in director Hagai Levi’s modern retelling of “Scenes from a Marriage” instantly stands to reason.

After all, if you can’t justify why Ingmar Bergman’s five-part 1973 Swedish series—about a love story that dissects the disintegration of a deceptively ideal marriage—needs a do-over, you’d be foolish not to leave it well enough alone.

If the original series examines the union between a divorce lawyer (Liv Ullman) and a psychology professor (Erland Josephson), the five-episode 2021 version digs deep into the challenges facing the stagnant relationship of 41-year-old Jonathan (Oscar), a work-from-home psychology professor at Tufts University, and 40-year-old Mira (Jessica), an on-the-rise executive of a multinational company, 10 years after they tied the knot.

The original production became controversial because of its perceived influence on rising divorce rates in Europe at the time of its release, but its brand-new iteration takes a deeper look into how evolving norms are affecting “predominantly” monogamous relationships at a period in history when the average marriage in the United States lasts for only … 8.2 years!

You immediately notice slowly widening cracks in Mira and Jonathan’s marital armor as soon as they agree to get interviewed by a doctoral candidate looking into the dynamics of a domestic partnership where the woman is the primary provider.

It doesn’t take long after they make a decision over a deeply divisive issue (sorry, no spoilers here) that Mira asks Jonathan for a divorce because, as she tells him, “I’ve been wanting to leave every day for eight months now.” 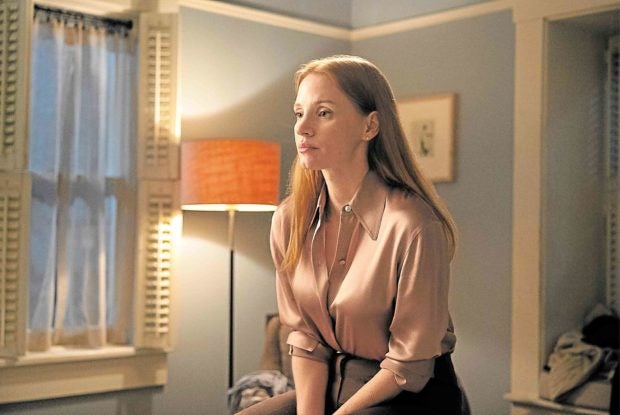 But a deal-breaking indiscretion drives a wider wedge between the couple when Mira admits that she’s fallen in love with 29-year-old Poli, the CEO of a startup company in Tel Aviv that she met on a yacht!

Crestfallen over his wife’s shocking admission of guilt and infidelity, Jonathan begs Mira to reconsider, but even helps her pack her bags on her way out of their home. With a younger man in her arms to keep her happy and an impending promotion at work, Mira leaves their 5-year-old daughter Ava under Jonathan’s care.

But their situation takes a karmic turn a year later when Mira is assigned to move to London—and surprisingly asks Jonathan and Ava to relocate with her.

Jonathan, however, has had enough of Mira’s passive-aggressive attitude and ambiguity, earnestly disclosing with his heart on his sleeve that he has since found an “occasional” source of romantic affection. To Mira’s shock, Jonathan says that it’s high time to finalize the divorce proceedings she herself initiated.

Has the couple’s shared story finally reached its end? 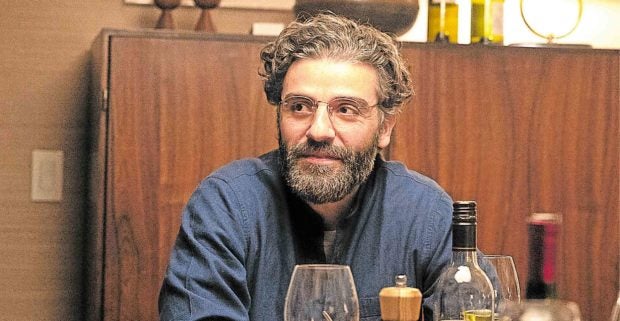 The series doesn’t merely dispense insights as it gets down into the nitty-gritty of conventional gender roles. Originally meant to depict a woman’s liberation and suppressed aggressions, the production’s American adaptation inventively utilizes the two protagonists’ “reversible” situations to question which of them “sees marriage as a means, not an end, to self-actualization.”

But Levi’s harrowing exploration of intimacy wouldn’t have felt as compelling, personal and provocative without the complementary portrayals of Oscar and Jessica, whose individual and collective gravitas and sharp thespic chops can justify even their characters’ most ludicrous decisions. Their scenes are a masterclass in focus, restraint and subversive impact, easily making the series greater than the sum of its meandering parts!

“Scenes from a Marriage,” which was screened at the Venice Film Festival last week and debuts at 9 a.m./10 p.m. on HBO and HBO Go today, is required viewing—as much for relatable themes and its stars’ award-worthy turns as the stage-like inventiveness of its searingly personal sequences. INQ