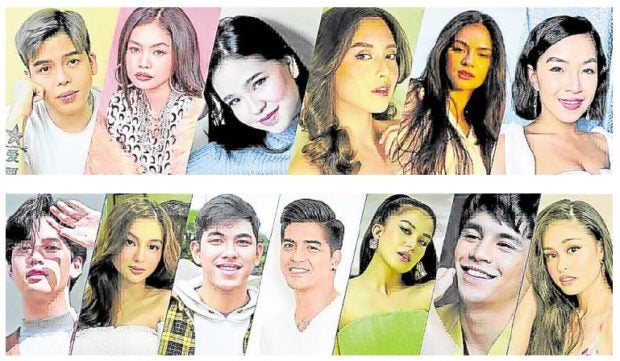 GMA Music recently launched a new sublabel that aims to provide platform and talent development, not only for existing young Kapuso singers, but also for actors who have potential and untapped musical talent.

Called GMA Playlist, the label also caters to millennial and Gen Z fans looking for “hip” content as well as a collaborative space where artists can “authentically showcase” their musicality.

“When we were tasked to come up with a sublabel, we concentrated on our network’s roster of talents, whom we have worked with through the years. Some of them are geared more toward acting, so they weren’t really given opportunities or record deals. But their voices need to be heard,” senior manager for music production Raquel Gacho said in a virtual conference.

“Through workshops, we discover that they do have talent for music. And then we think about what kind of songs will fit their voices or their looks. We’re also looking for the sincerity in them that will help people know them through their music,” Gacho said, adding that many of the young talents ended up surprising the Playlist team. “We discovered that Faith and Shayne [can sing]. Kim sounded good despite insisting that he can’t hold a tune. Mikee can offer something different. Of course there are Anthony, Jennifer and Denise who we already know are good singers,” she added. “It’s surprising because you have never seen these artists in this light.”

“I have always loved singing but I thought it didn’t love me back,” joked Kim, the male winner of “StarStruck” season 7. “Now it’s a dream come true to have a label supporting me. I’m thankful.”

Faith has always loved singing, but was unable to pursue it once she started acting. “I come from a family of singers. But when I entered show biz, acting became the focus so I had to set aside music. But I had no plans of giving it up completely,” Faith said. “I was happy when I was told I was to undergo workshops with Playlist.”

“My appreciation for music has only deepened more, because now I can put out my own works. I’m excited for people to hear my future releases. I’m thankful for the opportunity,” she added. Shayne, the female winner of “StarStruck” season 7, hopes to build more confidence in her singing. “I listened to a lot of music growing up. I sang and sang, but it wasn’t taken seriously; I was always compared to my cousin who sang better. Now I’m here. I’m excited,” she said. “Music is my escape and outlet. Thinking that I will be able to record my own songs is overwhelming.”

Lexi, another product of “StarStruck” season 7, wants to be known as more than being a talent search finalist. “I don’t want to be only known as someone from ‘StarStruck.’ I want to be known as someone who expresses her emotions through music; I want to inspire other people through it. I want people to understand and relate with my music,” she said. Another goal of Playlist is to “contribute” to the local music scene. Thus, coming up with original songs will be a priority.

“We will also produce videos for their music—behind-the-scenes looks, live performances, lyric videos, single launches—which will be uploaded to our YouTube page. We also hope to mount online concerts if their schedules match,” Gacho related. “The artists will be leaning toward originals, and hopefully we can see their progress in music.” INQ