JM de Guzman on panic attack experience: It’s like your soul is leaving your body 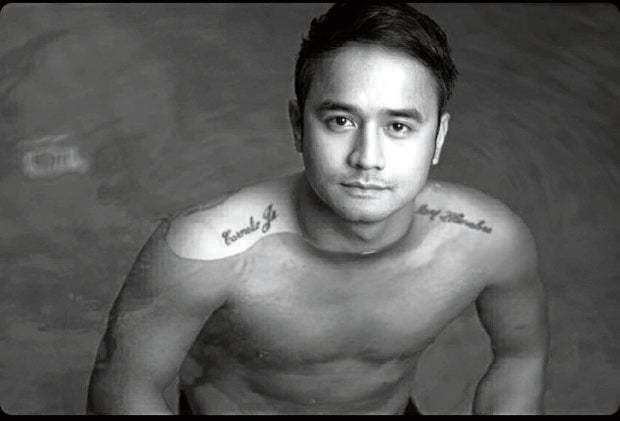 These are what actor JM de Guzman said he would often say whenever he prays to his Maker these days.

When Inquirer Entertainment asked what he meant by his third statement, JM explained: “I’ve already accepted that I’d eventually leave this world, but I pray to Him, ‘Not yet.’ I still have dreams that I want to accomplish, a family that I want to build, and grandkids that I want to meet. I say thank you to Him for every day He gives me. I also say sorry for having sinned, but I always add, ‘huwag muna ngayon.’”

JM entered a rehab facility twice and has since recovered from his substance abuse problem. In 2020, he admitted to experiencing panic disorder.

Now that he is promoting the final week of his teleserye, “Init sa Magdamag,” with Yam Concepcion and Gerald Anderson; as well as his single “Convalescence,” JM said he is aware that he would get asked to recall some of his “darkest” experiences during promotional interviews such as this one.

“I don’t mind, although this is the first time I’m discussing it. The No. 1 thing that they tell us in therapy is that the only way to achieve healing is to relate it to everything you do, to talk about it to release it—this may be through any form of art such as a song or acting. I guess if I encounter a question that I think I don’t really have to answer, then I’ll simply pass.”

As a celebrity, JM said there were times when people tried to reach out to him to say they could be experiencing something similar. “We were taught in therapy that every person is different. We have different problems and thresholds for pain. We also differ in opinions, so what worked for me might not work for you. Oftentimes, people just need somebody who will listen to what they want to say.”

He further said: “When someone asks advice for a specific topic, that’s when we should give it. As for me, instead of giving advice, I try to teach through my actions, my work ethic, my disposition and perspective in life.”

JM shared in a recent Instagram post what he goes through whenever he experiences panic attacks. For this one-on-one interview, he also explained why most people suffering from it initially think it’s something else.

“It’s like having a heart attack. It feels like dying but you know you’re not dying—that’s actually worse. The panic attacks started happening after I finished my second rehab session. When in rehab, I didn’t have any contact with the outside world; no social media, internet, or even newspaper. I guess I felt shocked when I got back to society, and to show biz.”

JM then described what it’s like while experiencing one. “Your knees bend involuntarily because of fear, your vision blurs, you don’t feel your hands, your ears hear echoes, and you experience shortness of breath—that’s why people think it’s already COVID-19. I’m not over-exaggerating, but it feels like your soul is leaving your body. After an attack, you feel so fatigued, like you got run over by a motorcycle.”

After giving us a clear picture of what it’s like when he’s not OK, we asked JM what makes him happy. “Friends and sports,” he declared. “I enjoy boxing, running, wrestling, and gun firing. I’m also studying how to play the piano. Anything I can learn from makes me happy.”

Isn’t having a love life another way to be happy? “Not yet. I know it will make me happy, but I also know I’m not ready. It’s actually my Achilles’ heel. I know what I’m capable of doing once I open my heart to someone again. As in any relationship, when you get involved with the wrong person you’ll just end up being toxic. I’m just taking my time, counting my blessings, doing my best with the rare chance—probably the last chance—I was given. This is a blessing from God. I won’t waste it. I will just focus on myself first and on my craft.”

In “Init sa Magdamag,” JM is Peterson, husband to Yam’s character Rita. He plays a big part in the love story between Rita and Tupe (Gerald Anderson). The series airs its finale on Sept. 10.

Meanwhile, JM is also busy promoting “Convalescence,” which he wrote while in rehab. It is produced by Star Music. “I’m just happy that I got to write it, that I was able to express myself because it helped me recover. Whenever I hear it, it makes me not want to go back to that darkest point in my life, to continue where I am in my life at present. That setback or failure is an important part of me. It was after that experience when I discovered my strength and renewed my faith. I’m still thankful that it happened to me,” said JM. INQ