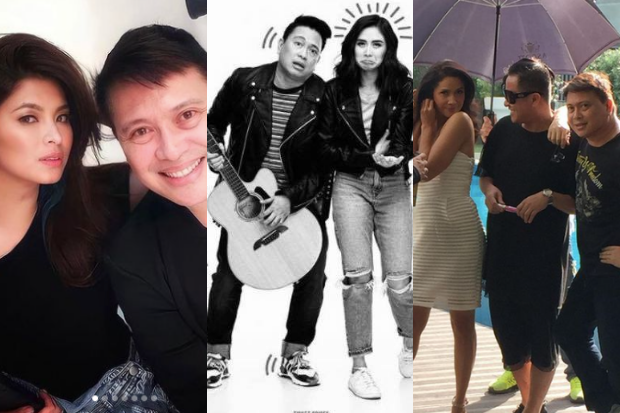 Isaac died due to COVID-19 complications while confined at a hospital in San Francisco, California. His death was confirmed by his brother, Edward, as per Bandera today, Sept. 5.

Locsin remembered how Isaac would give her words of encouragement and boost her confidence whenever they had photo shoots together. She also showed a throwback photo with Isaac on her Instagram page today.

(You are a legend. Thank you for your talent and kindness. My sincerest condolences to his loved ones.)

Geronimo, meanwhile, described Isaac as kind and generous through her Instagram Story, also today. She showed their own version of Geronimo’s “Unified” concert poster, where she originally appeared with Asia’s Songbird Regine Velasquez.

“Maraming salamat (Thank you so much) Sir [Raymund] for all the fun memories we shared together,” the Pop Star Princess addressed Isaac. “We will miss you. We love you. Until we meet again.” 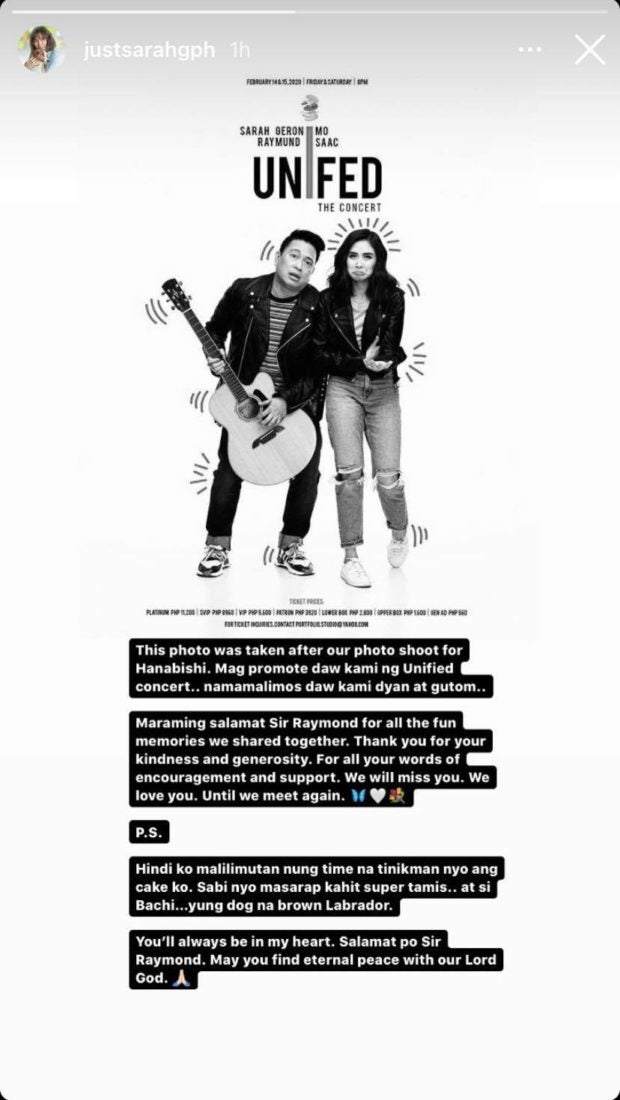 Isidro was also heartbroken over Isaac’s passing and showed some photos of herself taken by him through her Instagram page also today. The actress also gave fans a glimpse at behind-the-scenes moments she shared with the photographer.

“I will miss you [Raymund Isaac],” she said.

Other celebrities who also grieved over the death of Isaac were Xian Lim, Kokoy de Santos, Dingdong Avanzado and Zsa Zsa Padilla.

Isaac was rushed to the California Pacific Medical Center in the U.S. last July 24, due to a lack of oxygen, as stated by him on his Facebook page on the same day. His partner Jayson Vicente said through a Facebook post last Aug. 28 that the photographer was “stable,” but he remained intubated and sedated in the ICU. JB

Geneva Cruz heartbroken over mom’s death due to COVID-19: ‘No one can replace her’