Side A to return with another benefit concert

One of the Philippines’ premier pop bands, Side A, is returning with their second virtual benefit concert, “Side A: Redux Calesa 2nd Set,” this September.

Similar with the first installment in January, the show is sponsored by Ateneo de Manila University Batch ’88, Forex Cargo Inc., Carlo Pacific by Forex and KTX. 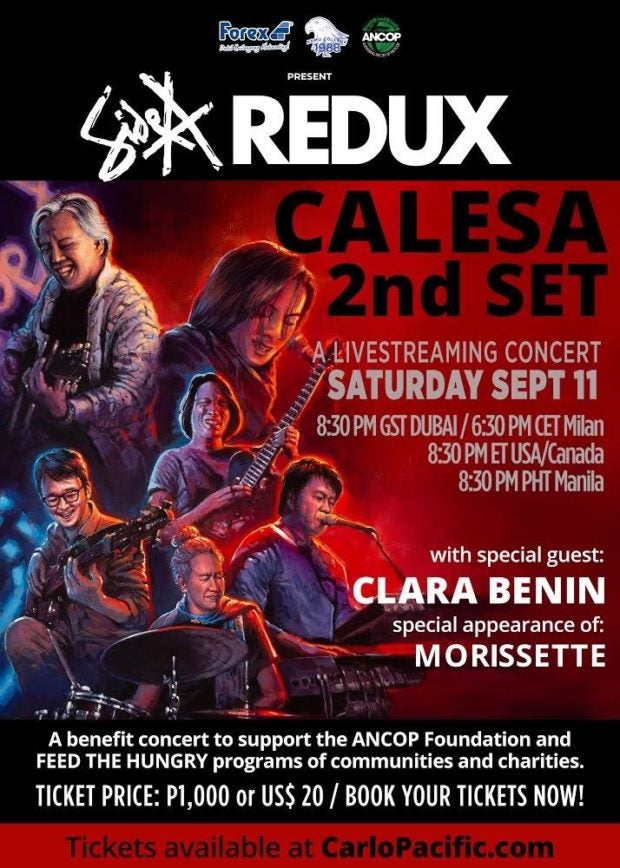 “Nothing but good vibes. We are holding the show on the date of the 20th Anniversary of the 9/11 attacks. While we will remember the day of infamy and do not forget those who died, we also want to celebrate life and bring some song to a day of bereavement,” Gonzalez said in a press release.

The OPM band will also unveil a new song and the composer’s version of their hit single, “Forevermore.”

Livestream of the event will be at 8:30pm on Saturday, September 11 (MNL time).

Tickets for the show (P1,000 or $20) are now available at CarloPacific.com and ktx.com. Proceeds will go to ANCOP Foundation and Feed The Hungry community programs.

“If you love good music, then we invite you all to celebrate life with us on a day like September 11,” summed up Gonzalez.