As the 20th anniversary of 9/11 rolls around, filmmakers take different approaches 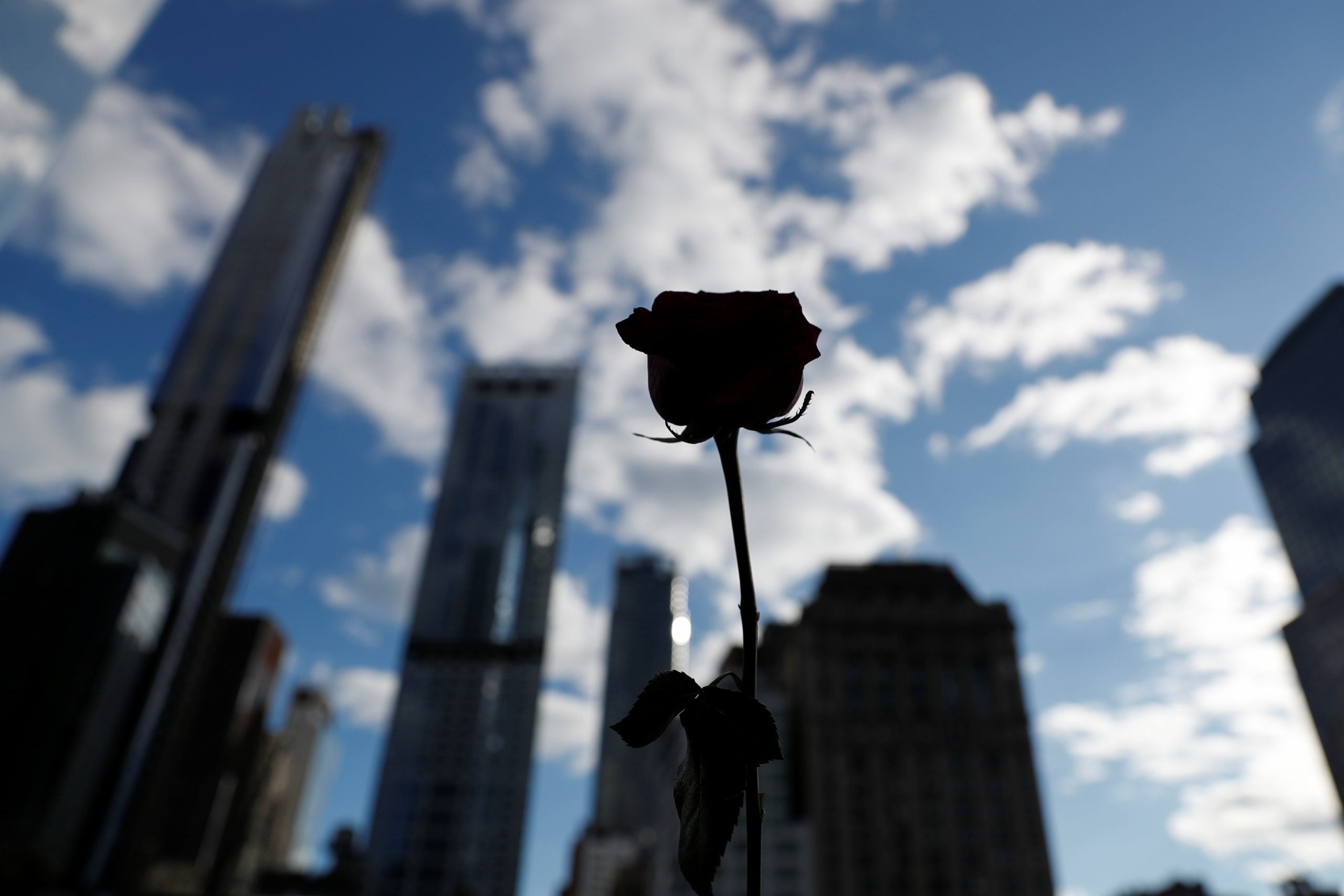 A flower seen in silhouette stands on the south reflecting pool at the 9/11 Memorial site in the lower section of Manhattan, New York City, U.S., September 2, 2021. (REUTERS)

A slew of new films and TV series are being released around the 20th anniversary of the September 11, 2001, attacks, taking different approaches as the United States looks back on that day that changed everything.

One of the more high-profile projects being released is “Worth.” A Netflix film, “Worth” tells the story of mediator Kenneth Feinberg, played by Michael Keaton, who was tasked with developing and administering the September 11th Victims Compensation Fund.

Steven Rosenbaum, co-director of documentary “The Outsider,” said his film is different from others that will come out this year. “We think that America deserves a free, open, honest conversation about 9/11, and we think that we haven’t had that,” he said.

Rosenbaum’s movie, which will be released in cinemas and on-demand, is an insider’s look at the creation of New York’s 9/11 Memorial & Museum and disputes among staff in how it approached retelling the story of what happened. The museum asked for cuts to be made to some scenes, which were declined by the filmmakers.

“We made clear to the filmmakers that we were disappointed by many of their decisions, which we think are disrespectful towards victims and their families,” said museum spokeswoman Lee Cochran.

Filmmaker Spike Lee has also faced criticism for his new HBO Max docuseries “NYC Epicenters 9/11-2021½,” which weaves together dozens of interviews to create a mosaic account of New York, the events of 9/11, and the years since. The New York Times reported that he had included some conspiracy theorists but had removed them from the final edit after facing an uproar.

Meanwhile, National Geographic is airing “9/11: One Day in America,” a four-part docuseries that will feature first-person testimonials from first responders and survivors.

The different approaches reflect how people react in varied ways depending on their individual circumstances, where they were, and even if they are old enough to remember it at all, psychologists say.

“I think for some of us, 9/11 feels like yesterday and that depended on how much trauma we were exposed to at the time and if we’ve had to deal with symptoms since then,” New York-based psychiatrist Dr. Karinn Glover said.

“There are other people for whom it’s a distant memory and seeing a movie about 9/11 could be just art.”