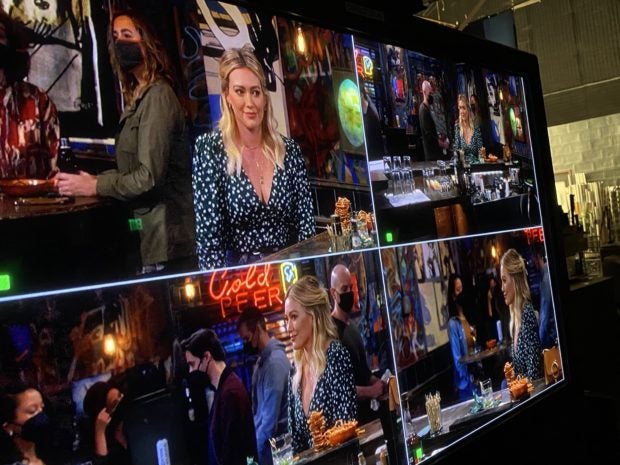 Actress Hilary Duff, who plays the lead character Sophie, can be seen in two different sets — a bar and what appears to be a home with a leather couch. Her co-star Chris Lowell can also be seen showing off his script.

“How I Met Your Father” will be directed by Pamela Fryman, who was also part of the original show.

Filming for How I Met Your Father starts…. NOW! #HIMYF is coming soon to Hulu.

Posted by HIMYF On Hulu on Wednesday, September 1, 2021

“How I Met Your Father” co-creator Isaac Aptaker, meanwhile, showed part of the series’ set through his Twitter page, also yesterday.

The behind-the-scenes photo showed Duff and Lowell filming a scene at a bar, which appears to be different from the “How I Met Your Mother” gang’s hangout place, MacLaren’s.

“How I Met Your Father” will also star Francia Raisa, Suraj Sharma, Tien Tran, Tom Ainsley and Daniel Augustin. It was ordered at Hulu last April, with the original series’ creators Carter Bays and Craig Thomas also onboard as executive producers.

The show follows Sophie who tells her son the story of how she met his father. It brings the audience to the year 2021, where she and her friends try to figure out who they are, what they want in life and how to fall in love in the age of dating apps.

Hilary Duff got Delta variant of COVID-19, glad for vaccination amid milder symptoms