Ian Veneracion mounts his 3rd solo concert, this time with a concept that goes with the times.

PAJAMAJAM: An online sleepover with Ian. 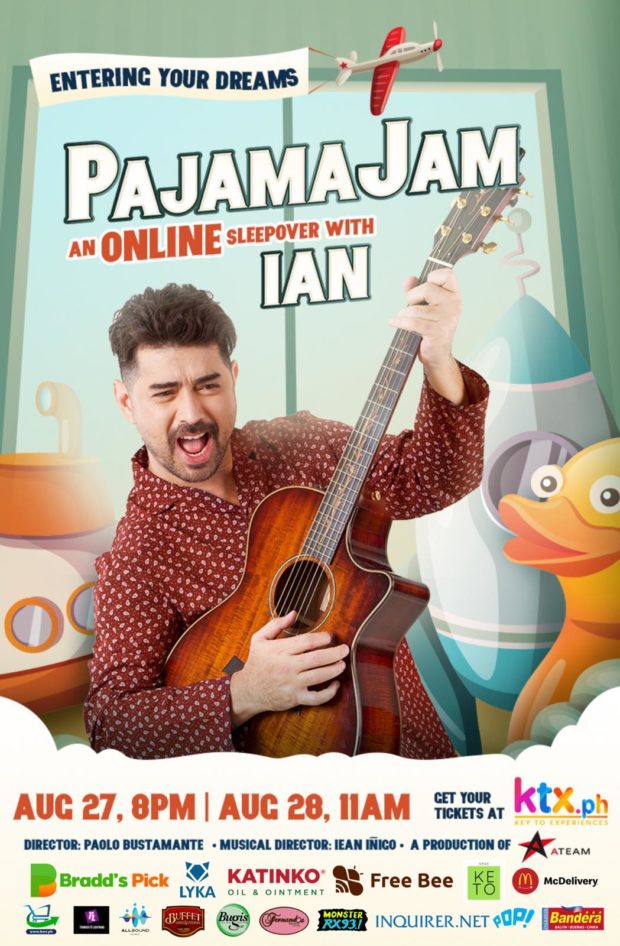 Sleepovers seems like a thing of the past, and who knows when it can happen anytime in the near future. So, this idea came about – Ian inviting audiences to join him in a laid back atmosphere, complete with snacks, drinks, and yes, pajamas.

The repertoire consists of old school music that are rarely heard in concerts, but will surely have audiences singing along. The songs were carefully selected by Ian and his director to make sure for a try enjoyable experience.

More popular as an actor, Ian discovered his love for performing music late in his professional career. One of his soaps about 5 years ago required his character to play sing, and since then, he never let go of this passion. His voice is not the balladeer type – it is more of rough but with character.

Music is just one of his passions. He loves the outdoors. Being a licensed pilot, he is an adventure seeker, listing paragliding, sailing, camping and biking as some of his favorite things to do in his free time. But since the times calls for more safety, music is what has kept him sane the past year or so.

He is one of the few artists who has been able to hold 2 online concerts this year. The first being KILABOTITOS with Ogie Alcasid last March, and this one.

PAJAMAJAM is available for worldwide streaming on August 27, 8pm and August 28. 11am. Tickets are available by logging in to ktx.ph for P850.