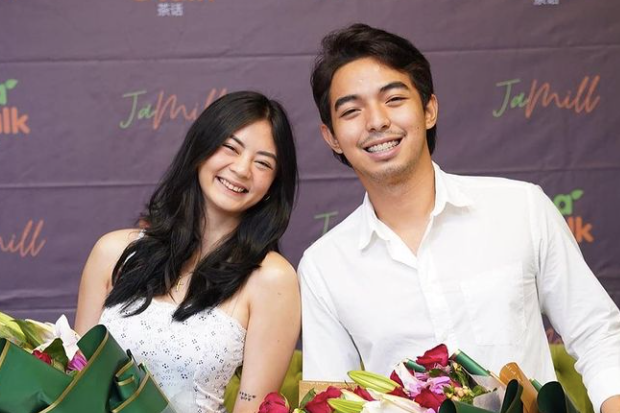 Camille Trinidad and Jayzam Manabat, known as the vlogger couple JaMill, have officially quit YouTube today for the sake of their relationship.

Trinidad announced that JaMill has signed off from vlogging through a series of Twitter posts today, Aug. 19.

“JaMill is now signing off. [But Jayzam and] Camille is [infinity],” she told fans while thanking the video-streaming platform.

JaMill is now signing off. Pero Jayzam & camille is ♾

Trinidad stressed that the deletion of the YouTube channel was not a gimmick, explaining that she and Manabat have decided to focus on their relationship.

(We can’t please everyone by saying this is only an issue or what. It’s about our relationship. We chose to have a better relationship rather than anything else.)

For his part, Manabat explained that he and Trinidad just want to live a “normal” and “simple life” together privately, as seen on a video on his Facebook page.

(We now want a simple life, just like before. We don’t want to be so high anymore, too many people are seeing us. We want our relationship to be more private.)

It was Trinidad who deleted the YouTube account, but Manabat said it was their way to prove to themselves that their relationship could go on outside vlogging.

JaMill admitted they felt sad over the memories deleted with the vlog, but hope their fans will understand that this will make for a healthier relationship.  /ra