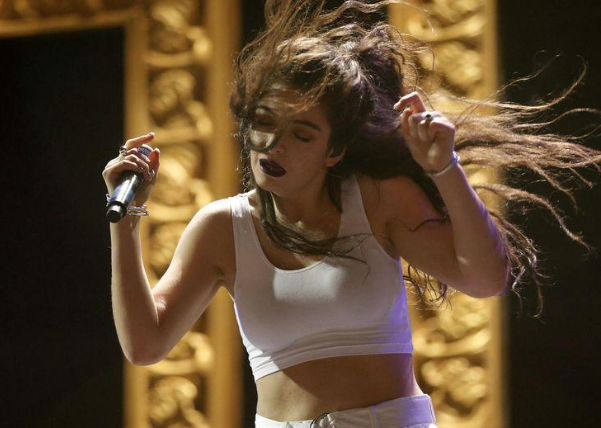 Many more will be coming, of course, to fill out a three-hour slot on the way to the telecast going live Sept. 12 at 8 p.m. ET/PT.

Plans for an audience for the show have yet to be announced, Variety reported. Last year, the VMAs show went to a pre-taped, studio-set format after having to nix its initial Barclays Center location due to pandemic conditions. This year’s telecast is, so far, set to make good on that rain check and actually broadcast from the arena in Brooklyn, though it’s believed that producers are still evaluating options about what kind of crowd the live event might play to.

The initial crop of performers is heavy with commercial firepower, especially in the case of Rodrigo, who has topped both the album and singles charts for much of this year with “Sour” and several hit songs from it, and Lil Nas X, whose next album is still in the pipeline but has been preceded by the internet-breaking “Montero (Call Me By Your Name)” and a fresh followup song, “Industry Baby.”

Lorde’s “Solar Power” collection is due out Friday and will be well familiar to fans by the time the show airs three and a half weeks from now.

Cabello recently released the single “Don’t Go Yet,” which she’ll be performing on the VMAs, as the first preview of her third album, “Familia,” which doesn’t yet have a release date.

Machine Gun Kelly will be performing “Papercuts,” a single he released a week ago in advance of his fall album “Born With Horns,” which also awaits an official release date.

Although it may be difficult to remember at this point that Rodrigo is not a music-scene veteran, her VMAs performance will be her first on the show. The singer was a virtual unknown outside the realm of “High School Musical” fans at this point last year, and still has done relatively few performances, on television or anywhere else, as a solo artist. She’ll be performing “Good 4 U’ on the telecast.