The daughter also rises: AJ Raval forges her own path 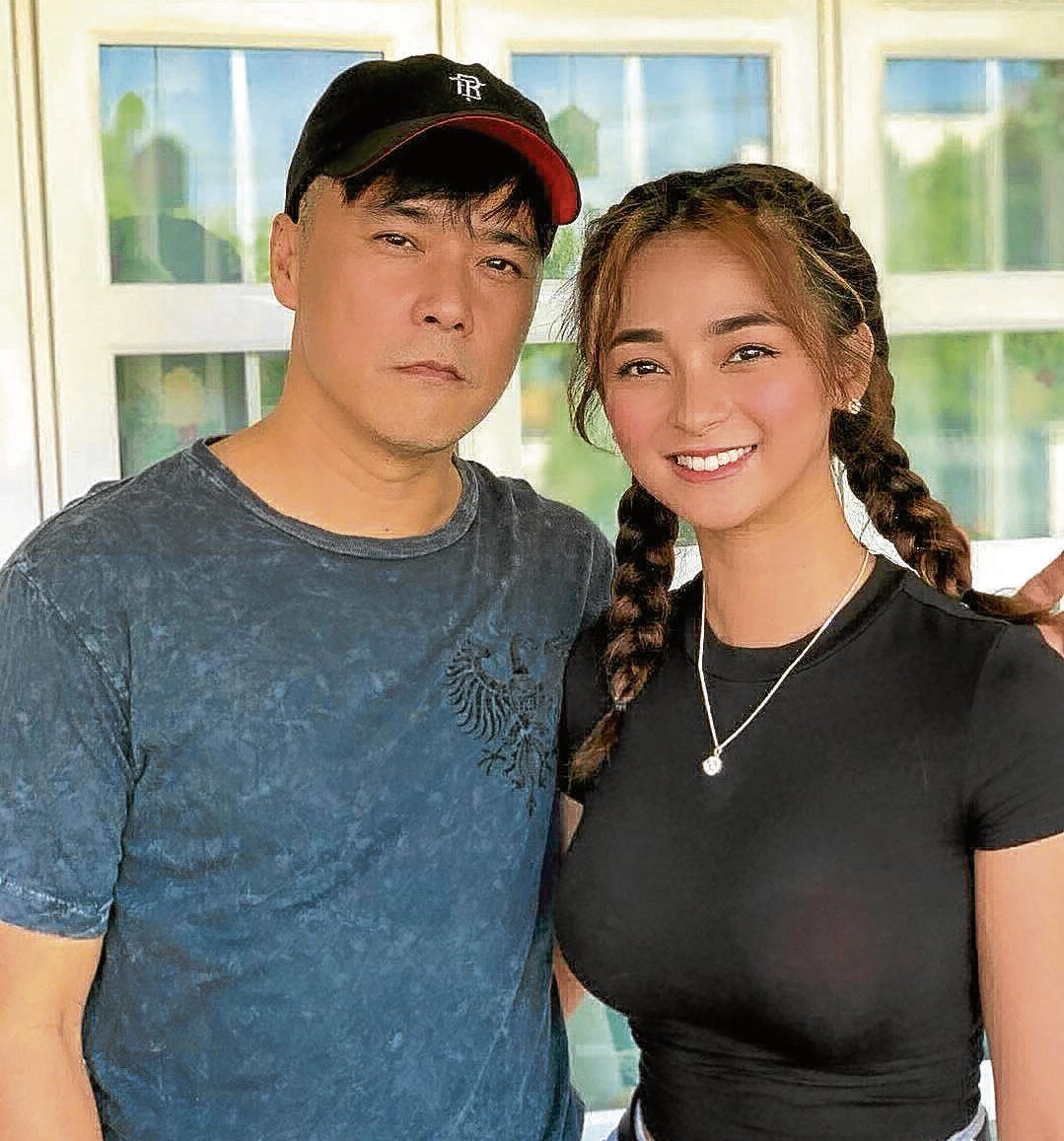 While most of us are stuck at home wishing for better, brighter and freer days ahead, there’s one newcomer—with dramatic chops and show biz pedigree, to boot—who has silently worked her way up from among a number of pandemic-era stars who dared to make their presence felt despite the limitations of the times: Sexy dramatic star AJ Raval.

AJ, who just happens to be action star Jeric Raval’s look-alike daughter, is staking her claim at movie stardom at a time when none of us can watch movies on the big screen. But that is exactly what the 25-year-old actress has managed to do since the start of the never-ending lockdowns in March last year.

Also in the can are two upcoming films, Roman Perez Jr.’s “Taya” (which will be streamed on Vivamax beginning Aug. 27) and Al Tantay’s “Shoot! Shoot! ‘Di Ko Siya Titigilan” (with Andrew E, and scheduled for release on Oct. 8).

That’s such a rich yield that even the more prominent and better-known stars of the country’s top two TV networks can only dream about! And mind you, every single one of them was shot during the pandemic—how prolific can you get?

“I shot all these films during the pandemic, when locked-in filming enabled people to work more efficiently—and faster,” AJ told us during our recent one-on-one interview on Zoom. “But they were all finished quickly—pinakamatagal na ang 10 days, like ‘Nerisa.’ ‘Taya,’ on the other hand, was shot for only five days.”

In our case, this piece would not have been possible if we didn’t see “Death of a Girlfriend” and were convinced that there was more to AJ than her good looks or willingness to show some skin. After all, the proof of the pudding is in the eating.

Indeed, while AJ may have been rough around the edges in Laranas’ creepy whodunit, it was also clear that she more than held her own opposite Diego’s finely limned ambiguity and intensity.

Asked how dad Jeric reacted to the young actress’ decision to follow in his footsteps to be an actor, AJ shared, “Sa totoo lang, my tatay was initially not supportive of my decision to pursue acting, and I understood where he was coming from, because he wanted me to prioritize school.

“But he has slowly warmed up to that idea of me acting, as well as to my sexy image—although he continues to remind me to set limitations to the things I’m willing to do in front of the cameras. I knew he would eventually accept it, kasi artista din s’ya—he understands how strong the lure of acting could get.” 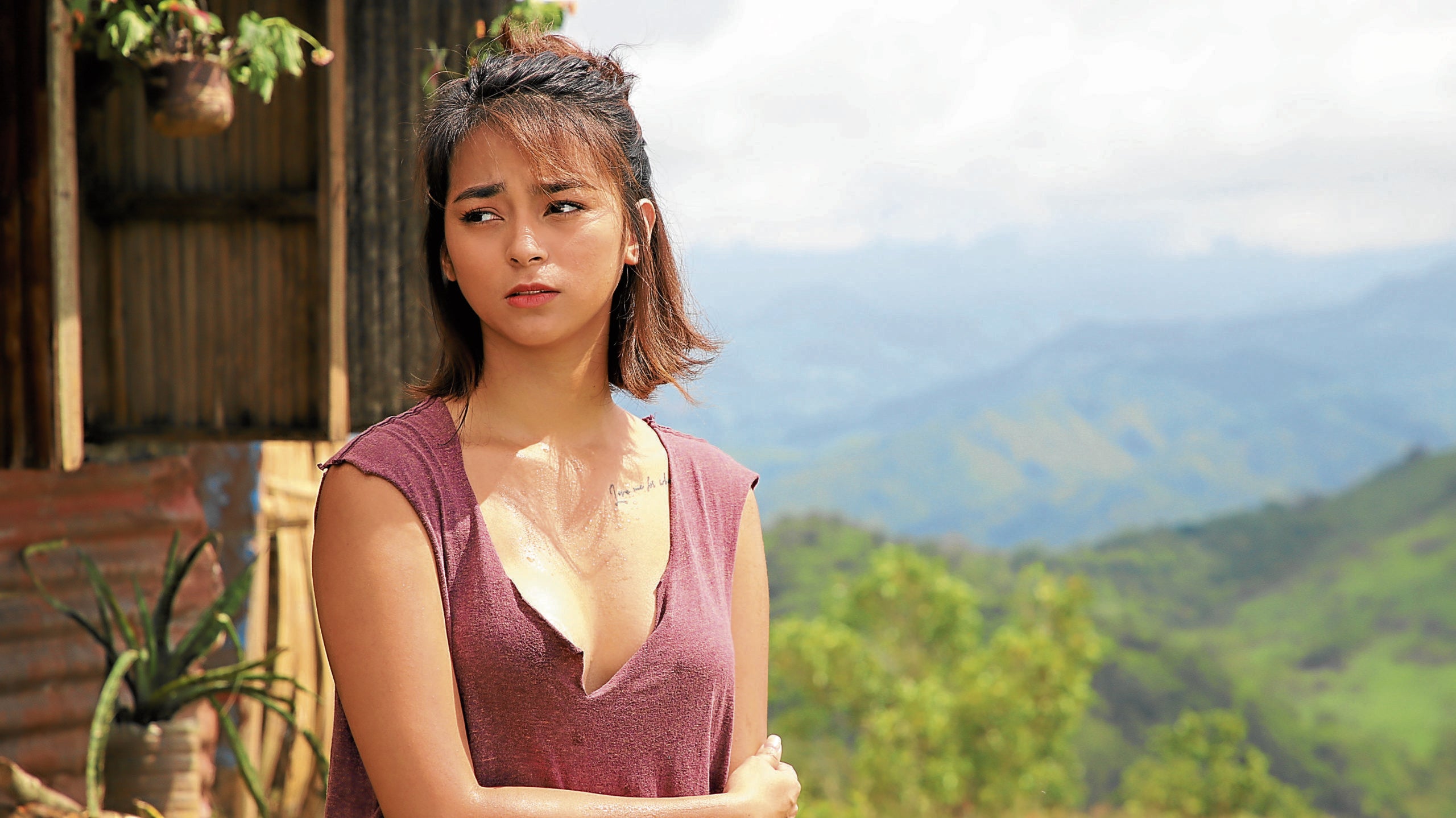 What made you agree to do those very daring scenes in “Death of a Girlfriend,” under Yam Laranas (“Sigaw,” “The Road”)?

Direk Yam made it safe and very comfortable for me to embrace and commit to the role. At nakakatuwa kasi kahit baguhan ako, my bosses at Viva entrusted to role to me. So the least I could do was to portray the character as convincingly as I could. Sabi ko, kailangang gawin ko ng maayos ang trabaho ko!

It also helped that Christine, my character in the movie, and I have a lot of things in common—she’s playful, sweet and loving. And she’s just as curious as I am. I may look innocent, but I know more than you think I do (laughs). Sa loob-loob ko, alam ko na po ang mga bagay-bagay.

Those steamy scenes—and the accompanying nudity—are a shared experience between you and Diego. What did you do to get rid of your inhibitions?

At the time, everything was new to me—I had very limited experience in acting, except when I played supporting characters in “Indak” (starring Nadine Lustre) and “S.O.N.S. (Sons of Nanay Sabel)” (featuring Ai-Ai delas Alas).

So, even before we met each other, I sent Diego a message! I asked him what I could do to get ready for the role. He told me to work out, and to read and understand the script. Then, Diego and I had one-on-one workshops with Direk Yam, so we’d be comfortable being around each other. That’s what helped me create the character.

Can you talk about your roles in “Taya” at “Nerisa”?

In “Nerisa,” I portray the character of village lass Lilet, who’s as innocent as her concept of pure love. In “Taya,” which launches on Aug. 27 on Vivamax, I play Nanette, who’s no slouch at online betting. This time around, I play a b*tch (laughs)!

There are a lot of lessons to be learned from the characters of “Taya,” who gamble on love, sex and online gaming. Mahirap pantayan ang lessons ng pelikula kasi para s’ya sa mga taong garapal at sugapa sa sugal. It will remind viewers that not all excesses are good for us. It’s a brave film—and you’ll see why when you watch it.

What do you do when men hit on you? And what traits do you find attractive in them?

I can be a friend, but that’s all I can offer for now. I’m really one of the boys—puro lalaki ang kaibigan ko. But when they say they want more than that, I ignore them because I don’t have time for that now.

To be honest, a guy’s appearance isn’t all that important to me. My type of guy is someone who’s responsible and kind. I want someone who respects me. 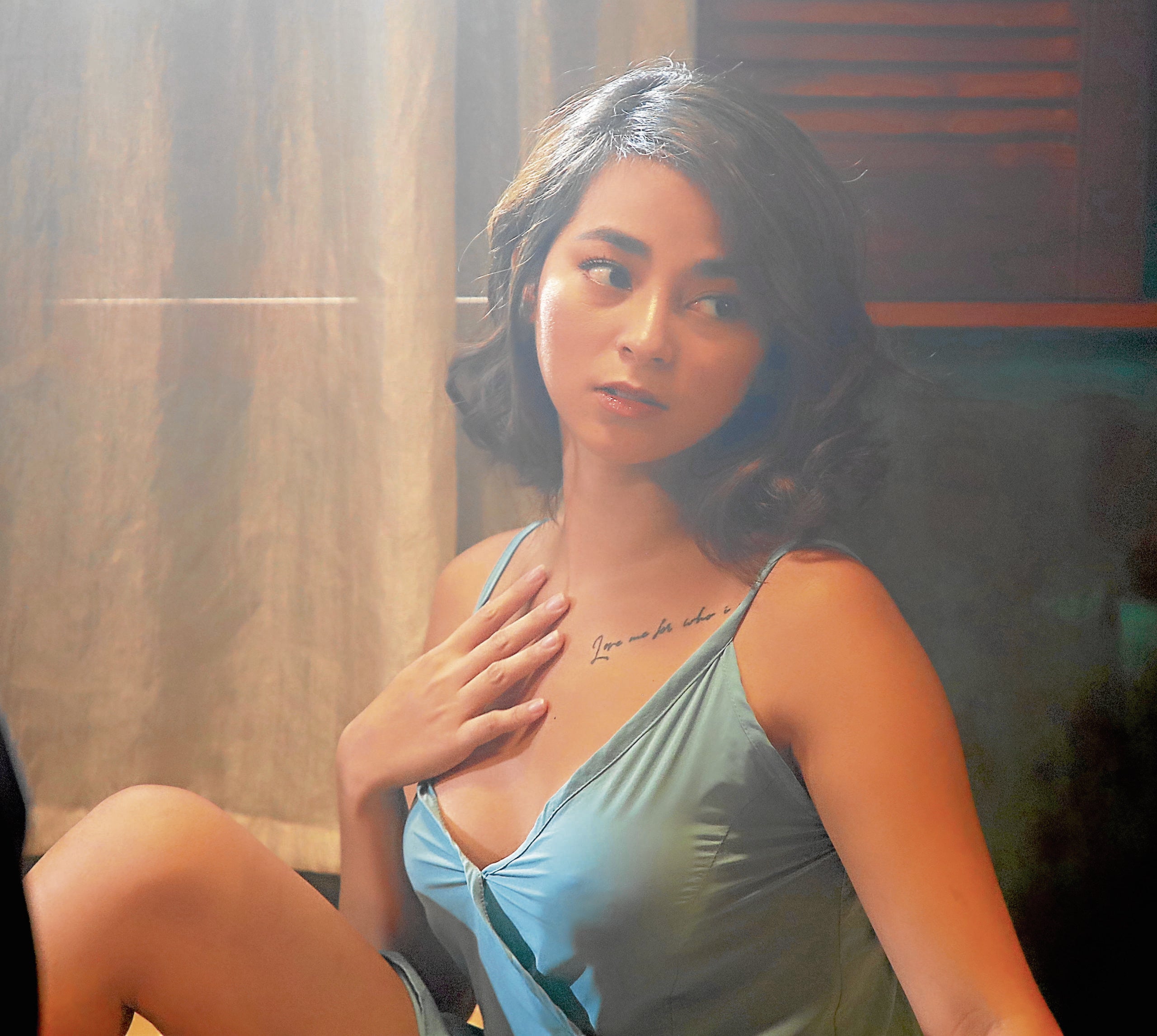 Yes, some of them. [Osang] said na bago pa ako pumasok sa pagpapa-sexy, dapat buo na dapat ang loob ko and commit to it. Meanwhile, Ate Maui’s tip was to go all-out during love scenes, so we wouldn’t have to prolong it and keep repeating the scene.

Which actors do you look up to?

I really follow Lovi Poe—she’s my No. 1—because she’s as sexy and classy as she is a fine actress.

What helpful advice has your dad given you?

First and foremost, don’t be late… even for five minutes. He dislikes people who are always late. He also reminds me to get along well with everybody on the set… to be down-to-earth. Kailangang marunong kang makisama. Image isn’t as important as the kindness you show to the people around you.