Bimby-approved: Kris Aquino shows off bouquet from ‘someone special’ 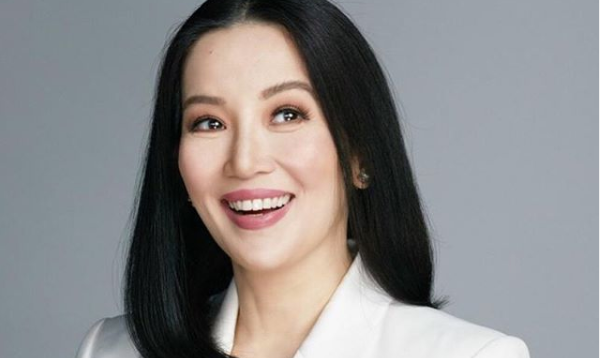 MANILA, Philippines — Fresh from a “reveal” about her latest flame, Kris Aquino flaunted on Thursday a photo of a giant bouquet of pink flowers sent to her by her current beau.

This follows her cryptic birthday message on Instagram on Wednesday for “someone special” who was later uncovered to be former Department of the Interior and Local Government (DILG) chief, Mel Senen Sarmiento.

According to Aquino, this is the first time she received a bouquet of flowers as a token of appreciation for a birthday greeting. She then disclosed that Sarmiento has the approval of her son, James “Bimby” Aquino Yap.

“I have never been thanked this way for a ‘birthday’ post… obviously he has Bimb’s yes and I’ve always been vocal, when my sons are okay, then my world’s okay,” she said in an Instagram post.

“And because I want to keep it this way, whatever shall be happening will be only for us – my family, closest friends, and trusted team,” she added.

Aquino added that maybe the late former President Benigno “Noynoy” Aquino would also approve of her relationship with the former DILG secretary as she bared that, after all, she met Sarmiento because of him.

“Siguro naman because we’d never have met had it not been for him,” she explained.

She further shared that it was after her brother’s death last June when she “reconnected” with Sarmiento.