‘Manila’ is star of British film 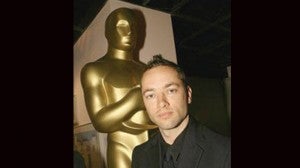 A year before the Hollywood movie “The Bourne Legacy” started shooting in Manila, a British movie directed by Oscar- and Bafta-nominated short-filmmaker Sean Ellis was made in the country as well.

The idea for the film had been sparked by an incident that Ellis witnessed on a Manila street when he visited in 2007.

“Beside a parked armored truck, two security guards armed with machine guns were arguing quite intensely,” he recalled in an e-mail interview with the Inquirer. “The confrontation ended with one guard kicking the truck. They got inside the vehicle and drove off.”

Ellis said he “became obsessed” with that roadside row. “I wondered what they were arguing about.”

That helped him create the screenplay for “Metro Manila.” He explained: “If an idea keeps coming back … it’s a story that’s important enough to pursue.”

(He was nominated for an Oscar best short live action for “Cashback” in 2006 and for a Bafta best short for “The Business Trip” in 2009.)

Ellis felt strongly about returning to Manila and shooting the film. “It’s a world rarely seen abroad … it felt so fresh to me,” he said.

He wasn’t even daunted by the language barrier.

He didn’t speak a word of Filipino, but welcomed the experience of directing a movie in a language unknown to him. “The process became all about the music of dialogue, not words. I became acutely aware of subtext … what people don’t say is far more interesting than what they do say.”

Prior to embarking on this journey, he did lots of research on the country. “I made friends with Filipino film buffs. I met directors Raymond Red and Quark Henares and discovered national gems like ‘Oro, Plata, Mata’ and ‘Bona.”’

In a lot of ways, the country is the star of Ellis’ film. “I had never heard of Banaue (in Ifugao) before I started doing research,” he recounted. “When I saw pictures of the place, I knew I had to shoot the opening sequence there. We did the rest in Manila. The whole country is so rich with unique flavors that most people who have seen the film always say they feel as if they’ve somehow visited the Philippines.”

It was, he admitted, a grueling shoot. “We filmed for 35 days (December 2010 to January 2011). The crew was small so we could move fast—and everyone worked hard.”

He reserves the highest praise for the Filipino actors. Casting, he remarked, is the second most crucial decision a director makes, next only to agreeing to make a film.

“Initially, Jake was helping us find local actors for the auditions,” Ellis related. After 10 minutes with Jake, I knew I had found my lead actor.”

For the role of the antagonist, he wanted to hire Joel Torre or Ronnie Lazaro, but both had been tied up with Brillante Mendoza’s “Captive.”

“But when John auditioned (for the role of the villain) … he was on fire. I realized he would bring to the table something I hadn’t thought of: Complexity. He’d be a bad guy you couldn’t help but love.”

Since most of the cast came from the theater world, “Everyone was super-prepared and it’s evident in the performances. I’m most proud of the performances. There wasn’t a day on the set that wasn’t fulfilling,” he said.

Arcilla described Ellis’ work style as collaborative: “Sean is cool. It’s like working with a teammate. I really felt that I was part of the creative process. No pressure at all. It was as if we were discovering new things along the way. He was a perfectionist, too, which worked well with me. He would not stop until he got the right image and angles. ”

Ellis returned the compliment by saying he’d work with Filipinos anytime. “I would love to find another project to do in the Philippines … Pinoy talent rocks.”

“Metro Manila” is currently in post-production. “Editing took the best part of seven months,” Ellis said, “because we had so much footage.”

He likewise devoted a lot of time to the music scoring. “Usually, the scoring is the last thing to get done and is normally rushed. But I was able to give the composer, Robin Foster, exactly the time he needed. Robin has created the most beautiful, haunting and original music for the film.”

The good news is that “Metro Manila” has been picked up by Independent, “one of the best sales agents in England.”

Ellis reported that the agents snapped up the film “after seeing 18 minutes. Since then, Independent has been 100 percent behind us and the film.”

The filmmaker  hopes to premiere “Metro Manila” in an A-list international film festival soon. Independent, which was also behind the films “We Need to Talk About Kevin” and “Moon,” is eyeing Venice in September.

In the meantime, as he “heals” from the recent passing of his mother, Ellis said he was taking things easy, “catching up on sleep and spending time with family.”