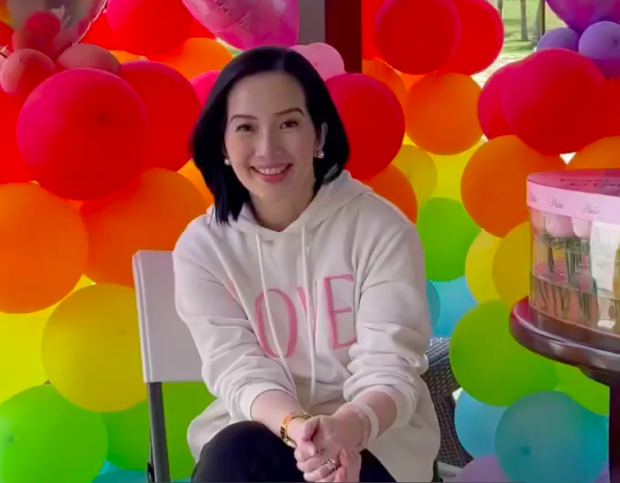 MANILA, Philippines — Queen of All Media Kris Aquino took the lid off her blossoming relationship with a mystery man after revealing through Instagram that it was former Department of the Interior and Local Government (DILG) Secretary Mel Senen Sarmiento.

“I thought long and hard whether to upload this because I know what kind of speculation I’ll be starting… BUT he really did come when my grief was unbearable; he continues to give me unselfish support & comfort; he’s been around for all my ups and downs, health woes, and tears — plus Bimb likes him,” said Aquino, referring to his youngest son Bimby on Wednesday.

On Wednesday, Aquino posted a cryptic birthday greeting on Instagram with a note thanking the person for coming into her life at a time when her “grief was unbearable.”

Aquino’s post sent the showbiz industry aflutter, bringing her fans and followers to a guessing game as to who the mystery man was. She further said that her beau is deserving of the birthday greeting as he is special.

“Most of all he makes me feel taken care of, secure, and SAFE. So he is deserving of this birthday greeting that all of you are now seeing (care bears na kung anong iisipin ninyo) BECAUSE for me he is special,” Kris added.

Despite not naming the guy, it was later revealed that it was Sarmiento, the last DILG secretary appointed by her late brother, former President Benigno S. Aquino III.

But not everyone was happy with her post. A netizen criticized the media star’s post, saying that she is narcissistic for posting her message while claiming she wanted some privacy. 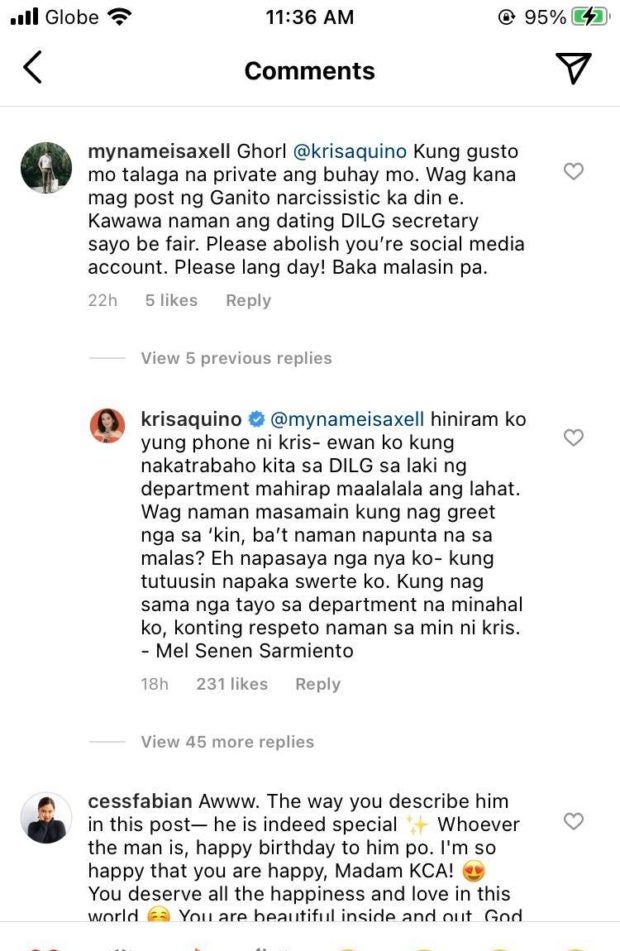 But Sarmiento, using Kris’ account, immediately came to her defense.

(I borrowed Kris’ phone… Don’t take it the wrong way if she greeted me, why would I be in bad luck? She made me happy. If ever we worked in the department that I loved, please show us a little respect.)

In reply to another netizen, Aquino further pointed to Sarmiento when she said that “at least now there’s someone with the guts to stand up for me.”