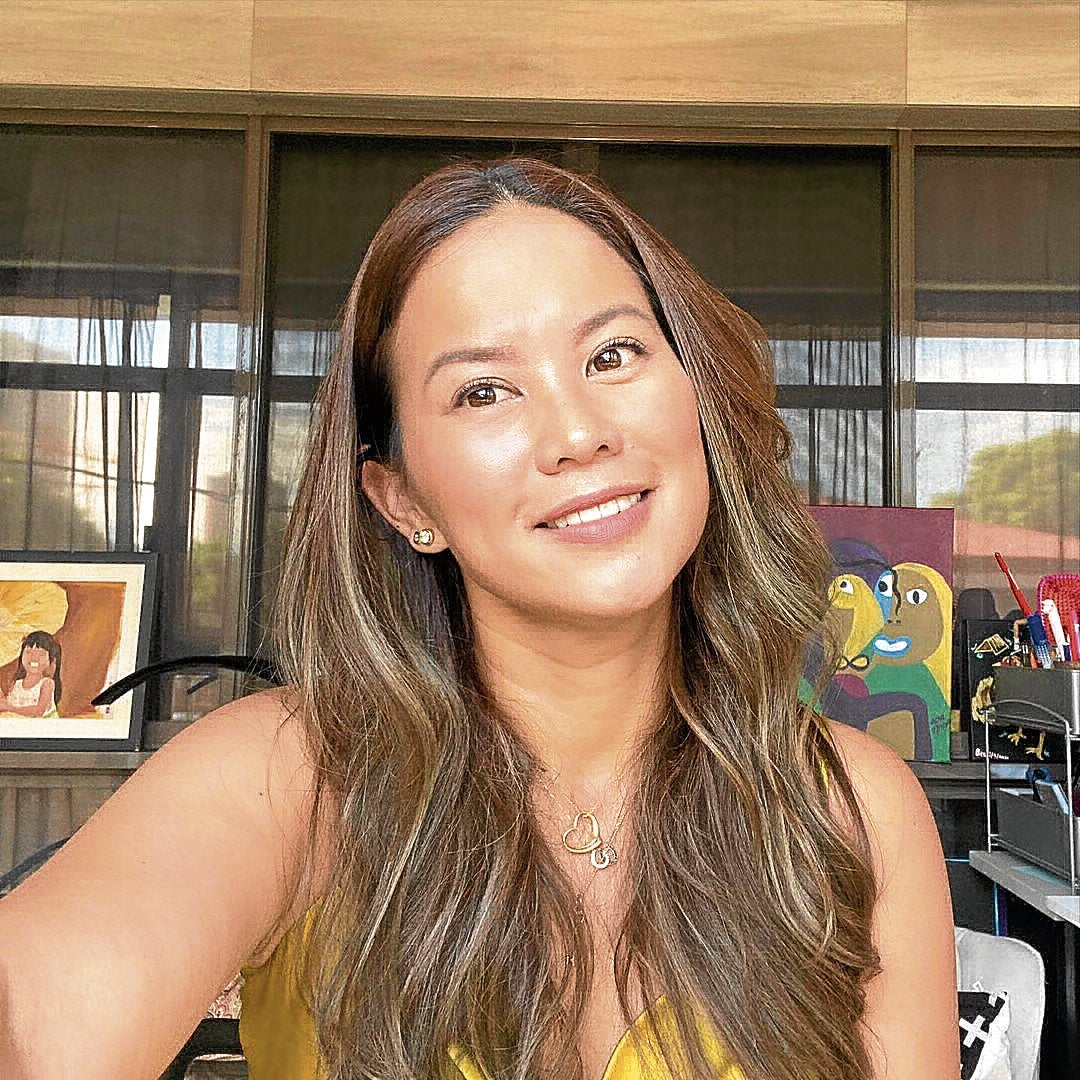 I’m emotionally prepared for whatever will happen,” said actress Andrea del Rosario, who is working on having another baby, not the natural way but via the scientific procedure called in vitro fertilization, or IVF.

During a recent virtual media gathering for her latest movie, Gabby Ramos’ “Pugon,” the actress talked briefly about her plan to give 11-year-old daughter Bea a sibling, “but I really cannot have another baby the normal way. This is actually my last resort.”

“I’m not going to bore you with my reproductive history, but the bottom line is that I’m already in my early 40s and can no longer conceive a baby the normal way. This is why I’ve been doing a lot of work on my body and, to be honest, the procedure is quite draining physically and emotionally,” Andrea shared with Inquirer Entertainment.

This was also why she hasn’t been working much lately, or not as active as the other members of the 2003 pop girl group Viva Hot Babes, which she’s part of. “Unfortunately, all the medical procedures I’ve been subjected to, like egg harvest for example, and the medicines I’ve been taking are what’s keeping me from accepting more work,” she explained.

Whatever the result of the medical procedure will be, Andrea promises to be emotionally prepared for it. “I’m very fortunate that I already have Bea. I know of a lot of women who also decided to undergo something similar, and they’ve never experienced having their own ‘Bea’ yet,” she pointed out. “I’m fine with whatever God will give me. At least I can tell myself that I tried, even for the very last time,” the actress declared. 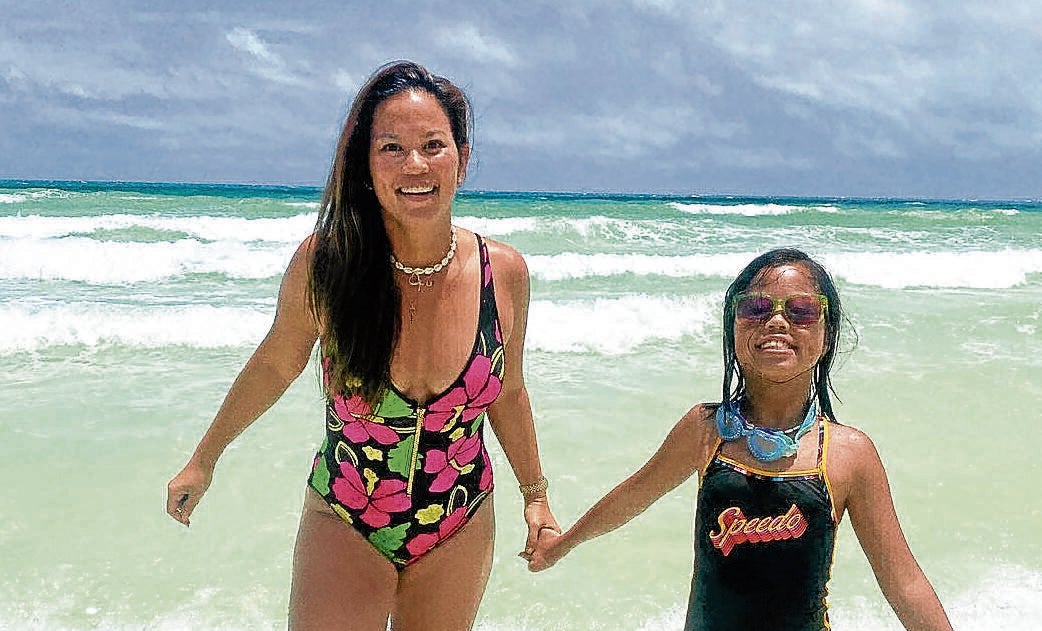 Soon after Bea was born in 2010, Andrea was informed by doctors that the child was suffering from jejunal atresia, a condition where one of the three portions of the infant’s small intestine was tied around one of the arteries of the colon, causing a blockage. Bea got operated on four times, and she also spent months in the ICU. Two years later, the child is fully recovered.

In fact, mom and daughter were having some R&R in Boracay Island at the time of the presscon. Andrea said Bea loves the water so much. “Her generation is the most affected by this pandemic so whenever we get the chance to bond, we make the most out of it,” the mom said.

Andrea added that it had been a while since she worked on the short film “Pugon,” which is part of the Indie Nation section of the 2021 Cinemalaya Philippine Independent Film Festival, which began its online run on Aug. 6

“I’m so fortunate to have had the chance to do this, as well as some programs for ABS-CBN,” said Andrea, who is also part of the cast of “Huwag Kang Mangamba.” “I just had to turn down a few offers, which makes me sad. Aside from all the medical procedures, I also don’t know to whom I can leave my daughter when I go inside the taping bubble.”

Doing indie films, just like “Pugon,” is something that Andrea said she enjoyed. “I started acting by doing indies, so this genre holds a special place in my heart. As a matter of fact, the other indie movie I did, ‘Rome and Juliet’ also made it to Cinemalaya,” she recalled.

“Pugon” aims to orient the audience on what is called pawnshop slavery. It tells the story of Sonia (Jhassy Busran), a 14-year-old girl from a fishing village, where pawning children is the norm. To pay for the debts of her parents, Sonia is forced into labor at a bread factory along with other children. Every day, for 10 months, they witness acts of abuse committed by their employer, Mang Rey (Soliman Cruz). When Sonia returns home, she is shocked to learn that her father passed away and that her mother (Andrea) has pawned her again as payment for her father’s funeral expenses. Like the rest of the child laborers from the bread factory, all homeless and in debt, Sonia is forced to ask, “when will this cycle of debt bondage end?”

The film, which is based on true events, also features Bamboo R. and Cassie Kim. Cinemalaya is scheduled for streaming from Aug. 6 to Sept. 5 via ktx.ph.

Read Next
2nd issue of Pinoy comic book ‘Anitu’ out
EDITORS' PICK
Smart offers wireless fiber-like speeds to Filipino homes with country’s first 5G Prepaid Home WiFi
Pharmally’s Twinkle Dargani in tears when asked about missing documents
Corruption in PH: Where presidential aspirants stand
BIR audits tax compliance of Pharmally
Two more sites at Robinsons Malls for temporary offsite passport services
Holidays made best with Acer’s ‘Holidays at Home’ raffle promo
MOST READ
Roque ‘hurt’ after presidential aspirant did not adopt him in Senate lineup
Gordon to Duterte: ‘How dare you ask for Filipinos’ vote when you failed them?’
Pharmally’s Twinkle Dargani in tears when asked about missing documents
‘Move on, pahinga na:’ Moreno to quit politics if not elected president
Don't miss out on the latest news and information.