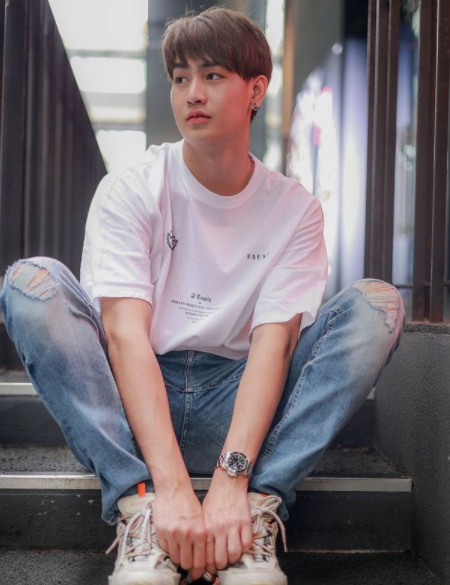 Thai actor Thanapat “Toy Toy” Chanakulpisan has confessed to killing his girlfriend by stabbing her over 20 times in a blind rage in Bangkok, Thailand.

The 21-year-old actor was arrested inside a townhouse, where the crime was committed, at past 1 a.m. yesterday, Aug. 6, as per The Bangkok Post earlier today.

The girlfriend, 25-year-old Chatsaran Suwannakit, was found lying dead inside a bedroom on the second floor.

The victim sustained at least 20 stab wounds to the chest and body, with some of them minor and the others major, according to local media as cited by the newspaper.

Chanakulpisan told police that he and his girlfriend were drinking all night up until 10 p.m. Later that night, they got into a fight while inside a bedroom on the second floor.

He claimed that Suwannakit went to the kitchen to grab a knife and returned to the room, according to the report. Allegedly fearing that she would stab herself, the actor tried to get the knife from her.

During the struggle, Chanakulpisan claimed that his girlfriend stabbed herself many times. After further police interrogation, however, he confessed to stabbing her in a blind rage.

Prior to the killing, Suwannakit had been sharing online that she was being abused by loved ones in “the past and the present,” as per another report posted by The Bangkok Post earlier today.

Suwannakit shared photos of herself with injuries while claiming that she was suffering from depression and bipolar disorder caused by the abuse she had been experiencing. Ian Biong /ra