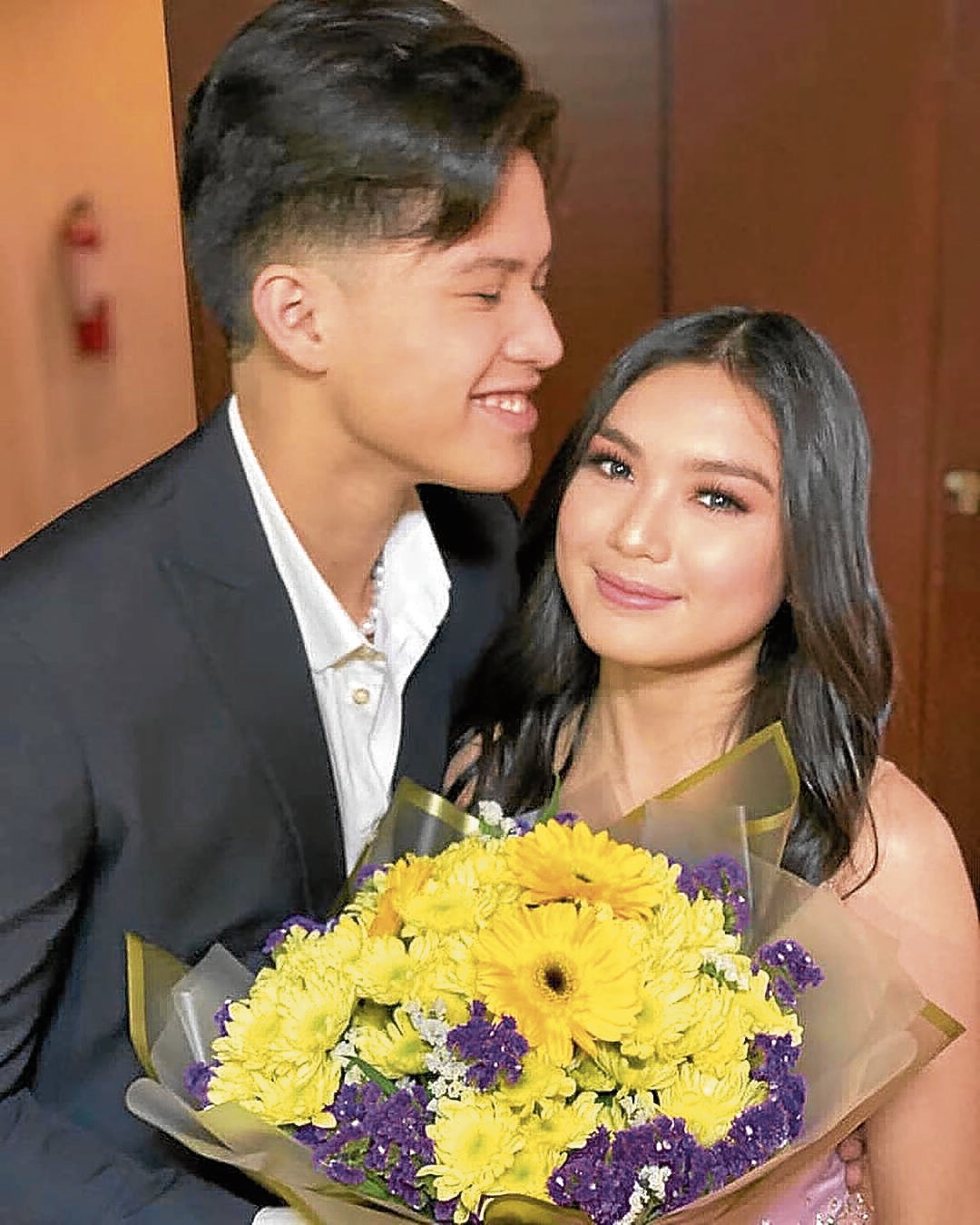 I’m only starting to learn about self-love now,” said teen star Francine Diaz, who also admitted to being the breadwinner of the family.

Francine is the third of six siblings. Even now that she is earning enough from her job as an actress, she said she still chooses to prioritize their needs over her wants. “Like, if there is something that I want to buy for myself, I’d save up for it. But when I finally have enough to get it, I’d still decide on giving the money to my family because I know we can buy food and grocery items with that. I’m still working on that particular aspect of my life—giving value to my well-being and own happiness,” she declared.

The star of the drama series “Huwag Kang Mangamba” likewise pointed out that her being a breadwinner has an effect on her personality. She added that, as a result, people sometimes think she’s intimidating and unfriendly.

“If I agree to take on a particular project, I make sure to do my best. I’m serious about work, although I also make it a point to mingle with my coworkers. But most often, I’m very focused on work. I know why I’m there, and I know what is expected of me,” Francine told Inquirer Entertainment.

Francine recently appeared in Rae Red’s horror-thriller movie, “Tenement 66,” where she effectively portrayed a role that’s totally the opposite of the “meek and mild” characters she played on the small screen.

“I allow myself to act crazy when I’m at home. Isip-bata ako minsan, especially when I’m playing with my younger siblings. But when I’m outside, I’m serious. I guess this is why people find me intimidating. But I’m really very approachable. It’s just that I look masungit because I take the role of being a breadwinner seriously.”

Her responsibility as a provider also affects her work in the sense that, “I accept offers as much as I can, although I first make sure that I’m comfortable playing a particular character and that I understand the story flow well. For me, it’s better to grab all the opportunities that come your way. As they say, being in demand in show biz is not forever. People will get tired of seeing you eventually, so you have to be prepared when that comes,” she pointed out.

Least of her priorities

In terms of what career path to take, Francine, who is only 17, said, “I just go with the flow. Right now, I don’t want to set a personal goal that’s hard to achieve. I have a tendency to get disappointed with myself when I fail to achieve personal objectives. I would blame myself, and this isn’t healthy. So, for me, going with the flow means being grateful for all the blessings I’ve been receiving.”

The important role she plays at home is also the reason falling in love is the least of Francine’s priorities. She and onscreen partner Kyle Echarri swear that they’re “just friends” and that there’s nothing romantic going on between them. They started working together in 2018 for the highly successful series “Kadenang Ginto.”

Asked at what age she thinks she’d be ready to get involved in a romantic relationship, Francine replied: “I don’t think it has anything to do with age. It depends on the person’s emotional maturity. Right now, bawal muna ang love life. Having crushes is OK, they’re mostly K-pop personalities, anyway.”

She said she would allow herself to have a boyfriend, “if I already feel that he’s the one, and my parents approve of him; and if I can already say I’m truly happy and safe when I’m with him. When that person comes, I will definitely go for it. Although I’m not really in a hurry to have a love life.”

As to the kind of girlfriend she’d be in the future, Francine said: “I can be whoever my future BF would want me to be. I’m not the type who would dominate a guy, anyway. Whatever interests my would-be partner would have, he can be assured that I’ll support him.”

The actress further said: “I want a guy who is respectful of other people, especially my parents and siblings. And yes, I find this quality in Kyle, too.”