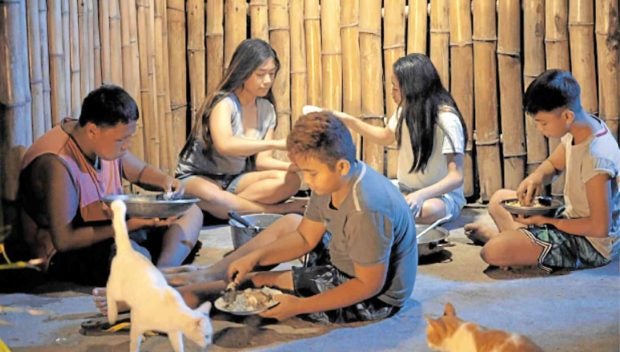 Gabby Ramos describes his short film, titled “Pugon,” as “a statement film that encourages the audience to take a stand on a current social issue and help effect change.”

“I was a director for ‘Unang Hirit’ for a very long time. At GMA 7, we’re taught to always present news in a balanced way, but because I’m also a filmmaker, I believe that my films should also tell people where I stand in relation to certain issues,” Gabby told reporters in a recent virtual conference.

“The film attempts to present to you the issue, then leaves you thinking why it’s happening. If the film hits you hard enough, it will push you to work on effecting change,” the director pointed out.

“Pugon” aims to orient its viewers about what is called pawnshop slavery, Gabby said. It revolves around Sonia (Jhassy Busran), a 14-year-old girl from a fishing village, where pawning children is the norm. To pay for the debts of her parents, Sonia is forced into labor at a bread factory along with other children. Every day, for 10 months, they witness acts of abuse committed by their employer, Mang Rey (Soliman Cruz).

When she returns home, she is shocked to learn that her father passed away and that her mother (Andrea del Rosario) has pawned her again as payment for her father’s funeral expenses. Like the rest of the child laborers from the bread factory, all homeless and in debt, Sonia asks these questions: When will this cycle of debt bondage end? Is a bright future even possible? 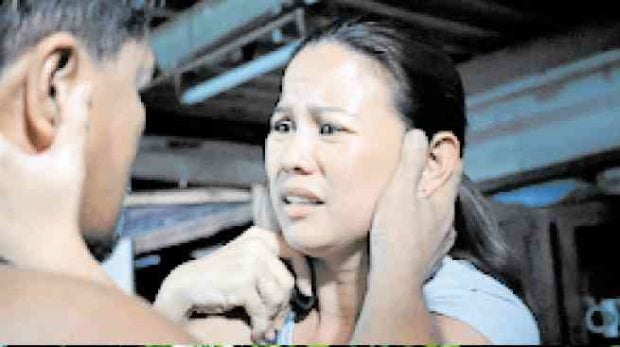 When asked why he chose to join the Cinemalaya filmfest, Gabby explained: “I don’t think there’s no new director who didn’t dream of participating in it, especially because the festival is known to be responsible for launching the careers of known directors and scriptwriters today.”

Gabby said “Pugon” is inspired by true events. He added that he grew up with a ‘yaya,’ whose parents made her work as a house help so they could repay the family’s debt. “She is still with us up to now. Her parents have already died, so her salary is now being sent to other family members,” Gabby recalled.

When asked to share with reporters his thoughts on children being forced to work, the director said: “There are two sides to this issue. People are quick to blame the parents for allegedly pushing their children to find money, but there are also instances when the children would volunteer to find work so they could help … ang mali nagmumukhang tama dahil sa pangangailangan.” 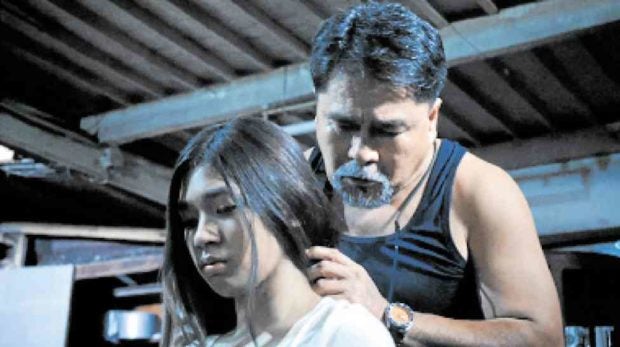 Andrea, who agreed to what Gabby said, added that she herself experienced working as an actress even though she was barely 18. “I decided to do it because my parents got separated when I was young. I guess it’s already innate to Filipino to want to contribute for the family’s expenses. Poverty is a sad fact of life.”

Soliman said most kids don’t really think of what they do as work. “Selling flowers on the street starts out as a fun activity for them. It gives them an excuse to stay on the streets; so they genuinely enjoy it. They just don’t realize that they are missing out on a lot of things, like school. Those who will look at the situation of these kids from the outside will naturally say it’s wrong, but our culture is unique. Even at a very young age, we want to be able to help out at home in any way we can.”For lead actress Jhassy, working on a film about child labor has made her realize a lot of things. “One thing major is that I should feel grateful and blessed that I don’t have the same experience as kids my age, those who felt obligated to work so they could help their families,” the 14-year-old actress said. “Just like what Direk said, parents have several reasons for allowing their children to work instead of sending them to school. I’m sure they’d rather that their kids are doing the latter.”

Cinemalaya is scheduled for streaming from Aug. 6 to Sept 5 via ktx.ph. INQ

Read Next
After hit covers’ success, Janine Teñoso now to focus on releasing own songs
EDITORS' PICK
Smart powers Liga Adarna Season 4: Race to the Top
The online doc is in – and surprises many as VP wannabe
Miss Universe Philippines partners with JC
Kin, counsel of Bree Jonson reject suicide angle; NBI to do 2nd autopsy
Isko Moreno: Can work with Robredo, continue Duterte’s infra program
Why flying with Cebu Pacific is easier and safer than ever
MOST READ
‘No more face shields outside’ – Duterte
Isko Moreno: Can work with Robredo, continue Duterte’s infra program
Apollo Quiboloy threatens to run for president in next year’s polls
Gordon: Senate uncovered ‘mother of all corruption’ under Duterte admin
Don't miss out on the latest news and information.