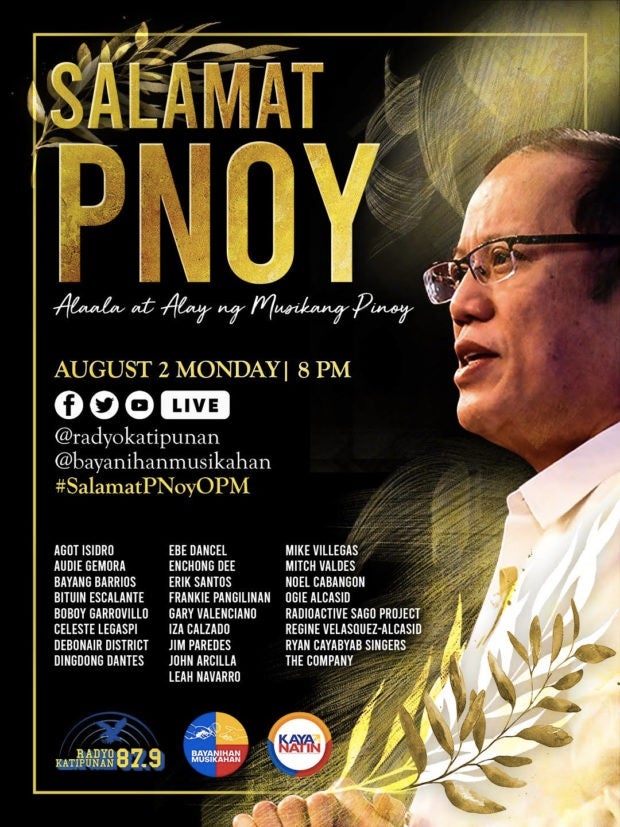 “As a fan of OPM, it is no secret in the industry — Filipino music gave the audiophile PNoy solace, pride, and comfort amidst the many challenges that he faced in his tenure as President,” the group said in a joint statement issued on Sunday.

“Because he was so self-effacing and called so little attention to himself, few appreciated the depth and breadth of accomplishments that PNoy’s vision, courage, and conviction made possible during his presidency — awe-inspiring results on so many fronts of public service. This realization endeared him even more to the hearts of local artists,” they added.

Jim Paredes and Leah Navarro will host the program with Paolo Valenciano as directorial consultant.