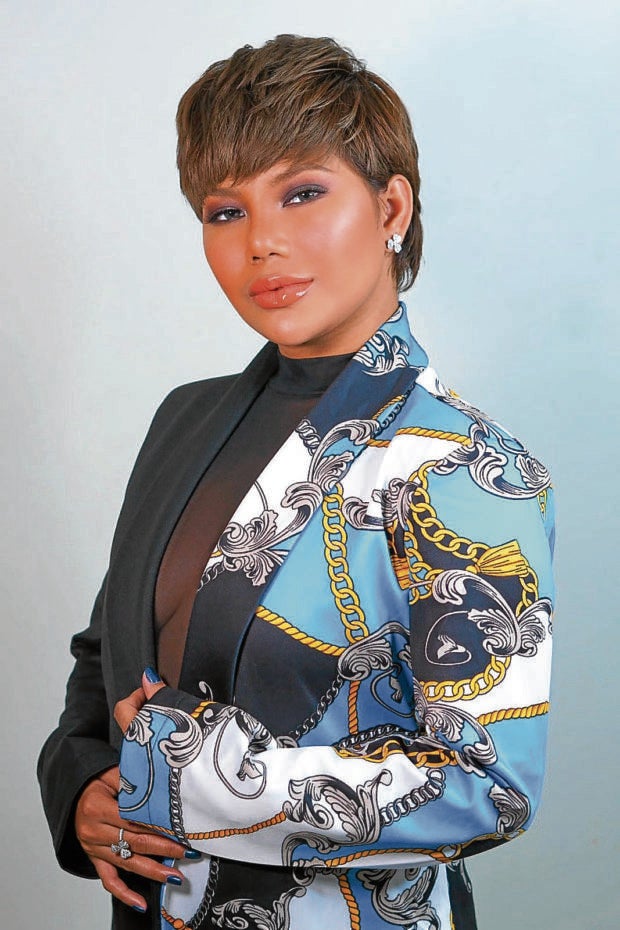 In her latest single, “Sa Panaginip,” Katrina Velarde forgoes her usual vocal pyrotechnics and delivers a controlled performance that focuses on setting a mood rather than creating a moment.

While the song isn’t completely devoid of high notes, they’re placed further down and serve more as flourishes for the slick and feel-good R&B production.

“When I release songs or do live performances, they’re usually birit style. So, we thought about doing something different,” she said in a recent Zoom press conference. “Focusing on high notes all the time can be vocally tiring, too. And the expectations are always huge.”

The song is more “singable,” too.

“Some fans will look for the high notes and that’s understandable. But I’m glad that they like it. It’s easy to follow and they can sing it along with me. That’s good especially now that fans use music for TikTok or other social media sites,” said Katrina, who had joined the talent searches “X Factor Philippines” and “Talentadong Pinoy” before going viral in 2013 as the “Suklay Diva.”

Released under Viva Records, the song was written by Thyro Alfaro and coproduced by Katrina’s husband, American pop and jazz musician Mike Shapiro. “It was quite a long process because my husband and I were very meticulous about it. We used live instruments,” she said.

Katrina wanted to put out something with a feel-good vibe, because she thought that her fans could use some good vibes amid the pandemic. “Most of my songs have a more somber theme and sound. Now I want to offer them something that feels light,” she pointed out.

“The song is upbeat but the meaning can be bittersweet—it’s up to the listeners’ interpretation. It’s about dreaming about nice things in life. But they can be just that, a dream. But still, the overall mood of the song is positive. I’m a happy person myself so I thought it was about time I released a single that reflected that.”

Katrina, who tied the knot with Mike last May, found in him not only a partner in life, but in music, too. “Some people tell me not to date someone working in the same field, because we would clash [in work]. And it happens sometimes, but the outcome is always good. This is a dream come true. I don’t think I can ask for anything more,” she said.

Mike, who used to play drums for Gary Valenciano in his overseas tours, has helped Katrina explore her potential as a singer. “He has helped me a lot with my music. He helped me grow as a music artist. He has a lot of experience and he encourages me to try other styles and genres,” said Katrina, who has also been dabbling in music production.

“I don’t think writing is for me because I find my work corny. But I have been taking little steps when it comes to arranging my own stuff. I also help with the production. Mike can find other people to work with, but I have the final say. They can hear things I don’t, and I can hear things they don’t. I can also come up with melodies,” she said.

Prior to the pandemic, Katrina routinely did live gigs packed with eager fans hoping to hear her steely, soaring vocals in person. And while virtual concerts are an option nowadays, nothing beats the adrenaline of being onstage.

“I miss the audience, their applause and screams. Those are the things that lift you up. When you’re singing in front of cameras you’re not quite sure how to act. Do I read all their comments? I got used to them eventually and I’m thankful people still give me their time. If they watch you, they must really like you because there is a lot of content out there from singers, dancers and other creators,” she pointed out. “But I hope we can go back to doing live shows soon—even if socially distanced,” she added. “I miss the pressure of the show, the satisfaction afterwards. Gigil na ako!”