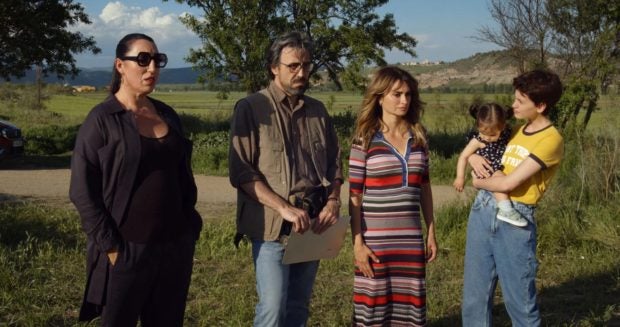 Twenty one films will compete during the 78th edition of the high-profile competition to be held Sept. 1 to 11, with Almodovar’s “Madres Paralelas” (Parallel Mothers) starring Penelope Cruz opening the festival.

In the running is Campion, whose latest movie about a fraternal feud on a Montana ranch, “The Power of the Dog” starring Benedict Cumberbatch and Kirsten Dunst, comes after a hiatus from film since 2009.

The directorial debut of United States actress Maggie Gyllenhaal, “The Lost Daughter,” based on a novel by Elena Ferrante, will also compete, alongside other U.S. entries by directors Paul Schrader (“The Card Counter”) and Ana Lily Amirpour (“Mona Lisa and the Blood Moon”).

A record five films are from Italy, including Sorrentino’s “E Stata la Mano di Dio” (It was the Hand of God), shot in Naples and starring the director’s frequent collaborator, Toni Servillo.

Back in the top competition this year is Mexico’s Michel Franco with “Sundown” starring Tim Roth. The filmmaker won the festival’s second most important award, the Grand Jury Prize, last year for his unsettling look at race and class in Mexico, “Nuevo Orden” (New Order).

Films from France, Argentina, Chile, the Philippines, Poland, Russia, Ukraine and Venezuela will also feature in the main competition.

South Korean director Bong Joon-ho, whose “Parasite” won the Academy Award for Best Picture in 2020, will preside over the jury. JB