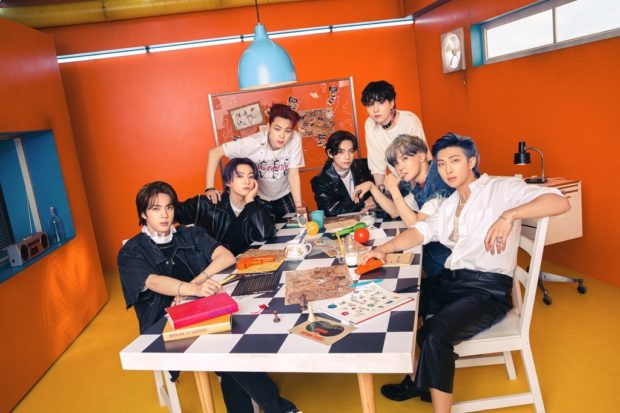 An image of BTS, in a photo provided by Big Hit Music via The Korea Herald/Asia News Network

In their capacity of “special presidential envoy for future generations and culture,” the members of the group plan to attend major international meetings, including the 75th session of the U.N. General Assembly slated for September, Cheong Wa Dae spokesperson Park Kyung-mee said.

They will send a message of consolation and hope for the youth around the world and also join various activities on such issues as the environment, poverty, inequality and respect for diversity, she added.

Moon’s pick of the K-pop sensation, which has set another milestone on Billboard’s Hot 100 singles chart with back-to-back No. 1 songs, is part of efforts to publicize Seoul’s initiative in handling global issues for the future generations, including sustainable growth, via partnerships with specialists in the private sector.

The appointment is expected to help South Korea enhance its global stature as a leading nation in the post-coronavirus era, according to Park. (Yonhap)