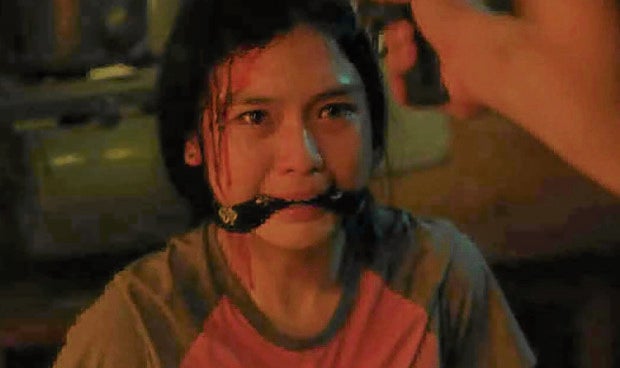 While the crime thriller film “Tenement 66” is somewhat inspired by the American sci-fi horror series “Stranger Things,” director Rae Red said its story was greatly enriched by observations she had made after paying a visit to the actual set location, a tenement building in Taguig City.

Rae said she collaborated with Kenneth Lim Dagatan in writing the story. “We’re fans of the horror genre. He is also known for his horror films. We’ve always gotten along in terms of taste in films,” Rae began. “When we went to the tenement where they have a huge mural of Kobe Bryant, we noticed that it is really rich in character. You will gain a lot of insights just by looking at how people there live.”

In fact, Antoinette Jadaone shot a portion of her film “Fan Girl” in the area, Rae added. “It’s because people from all walks of life hang out there. The place is really a big inspiration for us,” she declared.

The film stars Francis Magundayao, who plays Teban. He recently got out of jail for petty theft and moves to Tenement 66 hoping to start a new life away from people who influenced him to commit crimes. He soon finds out that there are far more sinister characters at the tenement whose crimes are worse than he could imagine.

“In terms of its advantage over the other competing films, I’m really hoping that its being Pinoy will make it unique because, obviously, other foreign productions are also into making horror films. We become unique through the characters presented in the film and the situations they get involved in. I hope people there like it because it’s very Filipino,” Rae told reporters during a virtual meet on Thursday afternoon.

Rae, whose previously released film “Bala at Baril” received several awards and nominations, said she made “Tenement 66” with the Filipino audience in mind. “The fact that it will be seen by a group of international audience is already a bonus,” she declared.

Francis said hearing the news that his film is competing abroad “sounded very unreal to me because when we were doing the project, we focused solely on the story, nothing else. Also, I really thought we’d be able to go there and get to meet K-pop stars, but we’re still in a pandemic. I remember sharing the moment with my mom. I was kind of teary-eyed. I appreciated hearing her say she felt very proud of me. It would have been nice to hear what the international audience thinks of our film.”

For Francis, who has been acting since he was 6, “creating organic fear” was the most difficult part about his whole experience in making “Tenement 66.” He explained: “In acting class I learned that the hardest thing to recreate as an actor is fear. It’s not kilig, not love, nor sorrow, it’s fear, as well as creating something so organic that your audience and acting partner would be able to feel it, too.”

Francis further said: “It was a terrifying process because what I did was listed down 10 things that I will no longer be able to do when I die. This, in turn, created fear in me. This was the method that I was taught. I did this twice for this film—I identified 20 items. It’s also hard because you have to keep recreating fear in each scene, and ideally, always at the same level. You can’t be 100 percent in one scene and only 80 percent in another.” 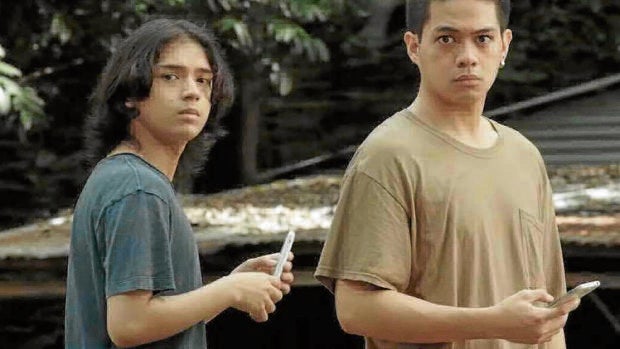 EasierFrancis said the process was made easier because Rae was there to guide him. “It helped that she was also the one who wrote the story. She knows it inside and out, and in between lines. Also, I wouldn’t have asked for any other scene partners [than Francine and Noel] because they’re really, really good.”

Francis recalled the lengthy talks he had with his two costars while filming in the “new normal.” “Throughout the filming, we would often say, ‘I wish I did this instead of that,’ or ‘I wish I had asked for a retake.’ We were all filled with ‘sana,’ but when we finished the film, we realized that we did the best we could in the circumstances we were given. So what you will see here is us doing our best. We pulled no punches, ’di kami tinamad. We did everything we could to make this the best film.”

“Tenement 66” is coproduced by iWantTFC, Dreamscape Entertainment and Epic Media. It also stars Jess Mendoza, Topper Fabregas, Raffy Tejada, Martha Comia and Ross Pesigan. It is set to stream worldwide via iWantTFC, KTX.ph and TFC IPTV starting July 23. It will also be available in the Philippines via SKY Pay-Per-View and Cignal Cable Pay-Per-View. INQ