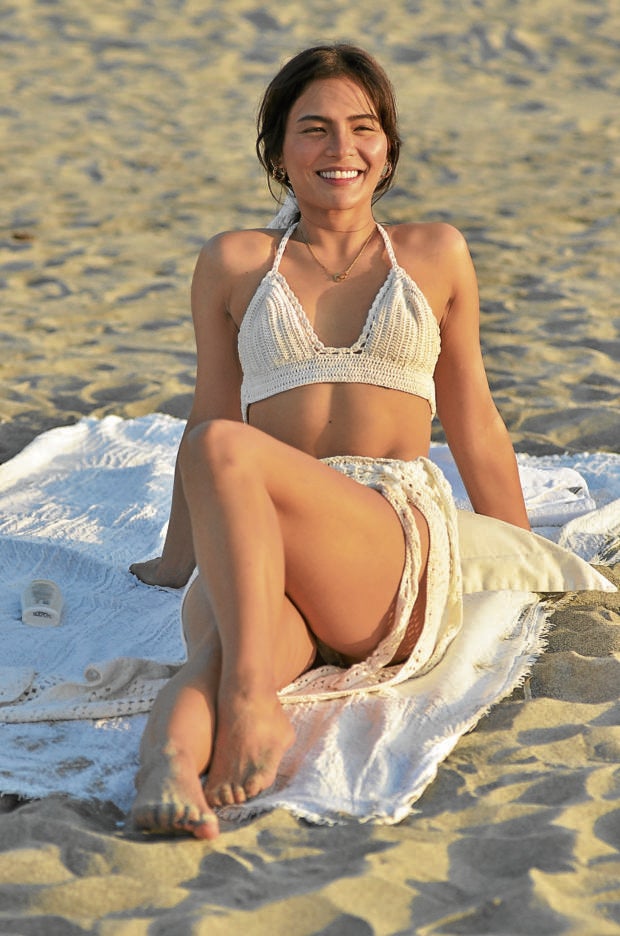 Most of Lovi Poe’s most recent movies have been sultry romance dramas. And while these, naturally, require her to do intimate scenes, there was never a need, she said, to ask permission from her boyfriend, who’s well-acquainted with how show biz works. “I don’t really need to. He’s very relaxed and easygoing about it,” she told the Inquirer in a video conference. “There was a time in the past year when I had to shoot ‘The Annulment,’ ‘Hindi Tayo Pwede,’ and ‘Malaya’ one after another. And because we’re in a long-distance relationship, I teased him that I had kissed my leading men more times than I have kissed him.”

“Thank God, he’s very understanding,” she said of Monty Blencowe, a medical scientist and film producer based in the United States. “He’s secure enough not to care.”

And as someone who’s also involved in the same industry, Monty knows that acting is just that, Lovi said. “He lets me be when it comes to my work, thank God. Because I can’t be with someone who dictates to me or tells me what to do or not to do. Because he works in this field, too—although he does more science—he knows how things are. No questions asked. I’m happy about that.”

This relationship dynamic benefits Lovi’s career because she’s free to further explore her craft. “I’m not the type to keep myself in just one area. If I feel like I have reached a certain level, I push myself harder, so I can go higher,” Lovi said.

In his IMDb (Internet Movie Database) profile, Monty is credited as executive producer in the films “Heist” (Robert de Niro), “Escape Plan 2” (Sylvester Stallone) and “Marauders” (Bruce Willis). Asked if working on an acting project has ever crossed the couple’s minds, Lovi said it’s something they haven’t really discussed.

“Given the opportunity, why not? I think that would be nice. But it’s hard to mix business with personal life,” she stressed. “We do talk about the industry because that’s our common ground. But we want to keep work separate.”

Lovi admitted that she was initially hesitant to accept Viva Film’s offer to do the upcoming psychological romance drama “The Other Wife,” because she thought it was going to be “another affair movie.”

“I thought that if it’s going to be just another affair movie, then I would have to step away from it because I have already done a lot of those,” Lovi said of her film, which also stars Joem Bascon and Rhen Escaño. Directed by Prime Cruz, the psychological, romance drama will be up for streaming on Vivamax on July 16.

“In fact, ‘The Annulment’ was also with Joem. But after reading the script, all the things that I was predicting didn’t happen,” she added. “If they see the beginning of the trailer, some people might say that it’s just more of the same, but toward the end, it moves toward a different direction. There’s violence, suspense and a psychological aspect.” 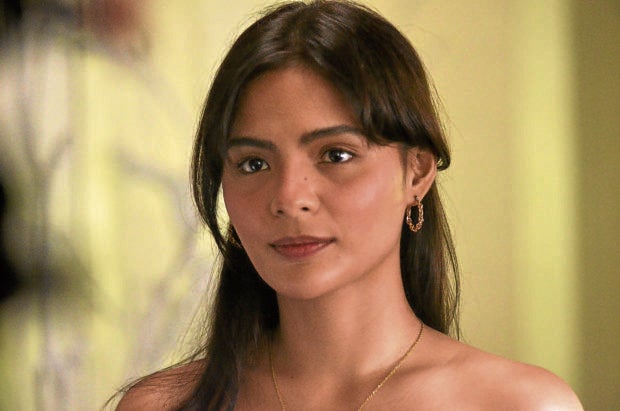 While she couldn’t go into detail about the movie’s plot, Lovi said she loved playing her character, Janis, who’s trying to fix her marriage with Ronnie (Joem). They go on a vacation in a beach house, where things quickly go awry, after Ronnie’s childhood friend, Luisa (Rhen), drops by. Before long, Janis starts noticing bizarre changes around the houses.

“She’s naive and soft-spoken. She’s conservative and reserved, but she’s no pushover. I love the part where she finally gets out of her shell. The best parts happen when she begins to realize that something about her marriage is about to unfold,” she said.

Lovi sees the film as an “acting piece” for her. “It’s important to explore genres I’m not too comfortable in. If I just do the same projects over and over again, I won’t improve. It’s always good to learn from different actors,” she said, adding that, although the movie can’t be shown in cinemas because of the pandemic, she’s still happy that people have come up with “work-arounds.”

“We’re all wishing we can go back to watching movies in theaters and attend premiere nights. But right now, I’m just happy we were able to complete shooting during a pandemic,” she added. INQ