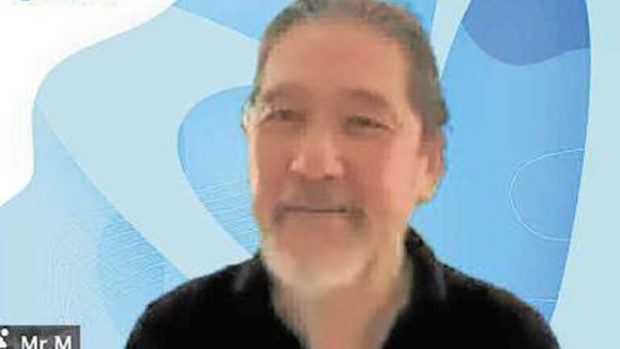 In his new post as consultant to GMA 7’s talent management arm, seasoned starmaker and director Johnny “Mr. M” Manahan will focus his efforts on the network’s young talents in hopes of “developing a new breed of GMA artists and ambassadors.”

“We want to work with the younger ones. That’s our goal,” said Manahan, who, as the former head of ABS-CBN’s Star Magic, helped launched the careers of some of the country’s biggest stars like Piolo Pascual, Jericho Rosales, John Lloyd Cruz and Bea Alonzo, who also recently transferred to the Kapuso network.

Manahan’s first order of business is to meet and get to know the GMA Artist Center’s newbies. While he didn’t get into detail about his plans for the coming months, he let on that improving styling and imaging is something that can be addressed early on.

“There are certain things I see right now that we can improve like styling, imaging and how we can market these people better,” he told the Inquirer in a recent virtual conference. “Most of the older stars already have a certain image. But with younger stars, we have more leeway to work on their persona while maintaining their authenticity.”

More than the glitz and glamor, stars, Manahan pointed, have an aspirational quality to them. “They have to spring from their authentic selves to something the people will desire. The audience love dreams … they love to dream. And these are fulfilled, in a way, through some of these artists’ works and personal lives,” he said.

The network’s more established stars, on other hand, “is a little out of my purview,” Manahan said. “They already know, more or less, what works for them. [So, we will mostly be keeping our hands off], unless, of course, there’s something glaringly wrong somewhere,” he said. But more importantly, Manahan hopes to go beyond mentorship and form genuine friendships with the Kapuso stars.

“I hope to meet these artists one by one or in groups. I hope to be friends with the network’s lineup of artists, including people behind the scenes, because that’s how the magic comes,” he said. “When you work with people and do your best, somehow the magic comes and you get nice results.”

Aside from star-building, Manahan will also get a say on which artists go to which shows or series. “That’s part of my mandate. I asked them (GMA executives) what I can do for them, and that was one of the things they said,” he related. “Pwede raw ako makisawsaw kung sino pwede ilagay sa mga teleserye. And I appreciate that.”

“Atty. Gozon also asked if I have any inputs or suggestions about certain shows. I said I will only be happy to help,” he added.

In any case, Manahan believes that GMA 7 already has “a good system in place.” “Maganda na ang latag. So now it’s all about seeing what works once the system is put into action,” he said. In September 2020, Manahan left Star Magic after 28 years. He then worked as a consultant to Brightlight Productions, which produces blocktime programs for TV5 like the variety show “Lunch Out Loud.” After that, Manahan thought that retirement was just around the corner.

“But the itch was there—it’s hard not having anything to do, especially amid the pandemic. And it so happened that friends from GMA 7 asked if I was interested in working for them. So we talked. I liked what they presented to me, so I couldn’t refuse their offer. I go where the work is and where people need us and respect us. After a certain point, it was easy to say yes,” he said.

It’s as if he’s starting anew. And he couldn’t be more excited about doing what he does best. “I feel buoyant. I have always been passionate about training, building young artists, and we will do everything to make sure that their authentic selves come out,” said Manahan, who worked for GMA 7 during the Martial Law years.

Asked what qualities young show biz aspirants should have to make it in the industry, Manahan highlighted the importance of “perseverance.” “I ask them if they think they can last, because this is a tough world. Madugo. Hours are long. Intrigues will be thrown at you. These are the things they have to consider. But love for craft can help them make it through tough times,” he said.

Luck also plays a big role. “I always say that it’s 60 percent [of the equation]. We train how they walk, act, project in public and deal with the press. We market them. But at the end of the day, luck is part of it, of the magic. It’s about being at the right place at the right time,” he said. INQ