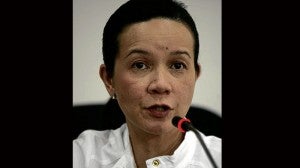 The Movie and Television Review and Classification Board may revise its classification system for movies to include an R-16 rating, according to chairperson Mary Grace Poe-Llamanzares.

“The gap between 13 and 18 is very wide and the awareness of a 16-year-old is different from a 13-year-old,” Llamanzares pointed out. She cited the case of the Darren Aronofsky psychological thriller “Black Swan,” which got an R-13 rating from the board—a decision that resulted in numerous complaints from parents.

“Many mothers thought it was just about ballet. They were shocked when they discovered that it also tackled lesbianism, self-gratification and other adult topics,” Llamanzares told Inquirer Entertainment. “However, the board thought it was a good movie and that the public also needed to be educated with such kinds of films. We felt that an R-18 would be too restricting because then some movie theaters would not screen it.” As a matter of policy, SM prohibits the showing of R-18 movies in its cinemas.

The MTRCB chief reported that the board had initiated consultations with producers and film distributors about the proposed amendment. “Some of them were apprehensive, and we understand. This would mean a smaller audience would get to see their films.”

She said the board would conduct public consultations “to orient people about the situation and take their suggestions into consideration.”

Llamanzares stressed: “Our guide is the greater good. Profit is also weighed, but the mental health of the audience is of paramount concern. (MTRCB board member and Inquirer columnist) Cathy Babao-Guballa, who is also a life coach, said the development of the brain’s frontal lobe is not completed until a child reaches 21. This is why there are suicidal tendencies before this age. There’s scientific evidence of this.”

Llamanzares said another focus of the board would be regulation of cable television programs. “When I assumed office, I didn’t realize that cable shows were not being previewed—post-review sila. I don’t mind this, since I support self-regulation, but I think they should be given, at the very least, an advisory.”

She said some cable groups claimed this was hard to do since the programs of most content providers, as in the case of HBO, are beamed abroad.

“My point is, if they could comply, for example, with the requirements of Singapore or Malaysia that have laws much stricter than ours, then they could very well abide by ours. Our case should not be taken lightly. We are one of the most populous countries in the world. They can influence more people here than in these two countries combined.”

Llamanzares is thankful that some cable groups have promised to cooperate. “We are hoping that, in our negotiation with these companies in the coming weeks, they will already include (in signed agreements with content providers) the classification ratings in the Philippines. We want this standardized so they can easily comply.”

The MTRCB chief added: “Like I’ve often said, the struggle has always been for freedom of expression and artistic freedom. We respect both but, more importantly, we should be able to ensure that the maturity and growth of our children are guaranteed.”

Llamanzares said the MTRCB could only do so much, and that it needed the parents to get involved.

“Some say parents are always out anyway—that’s not an excuse. You have to talk to your kids. If you can’t trust your kids while you’re away, that means you’ve failed. It’s just a matter of telling them that, these show, they are classified as such for a reason.”