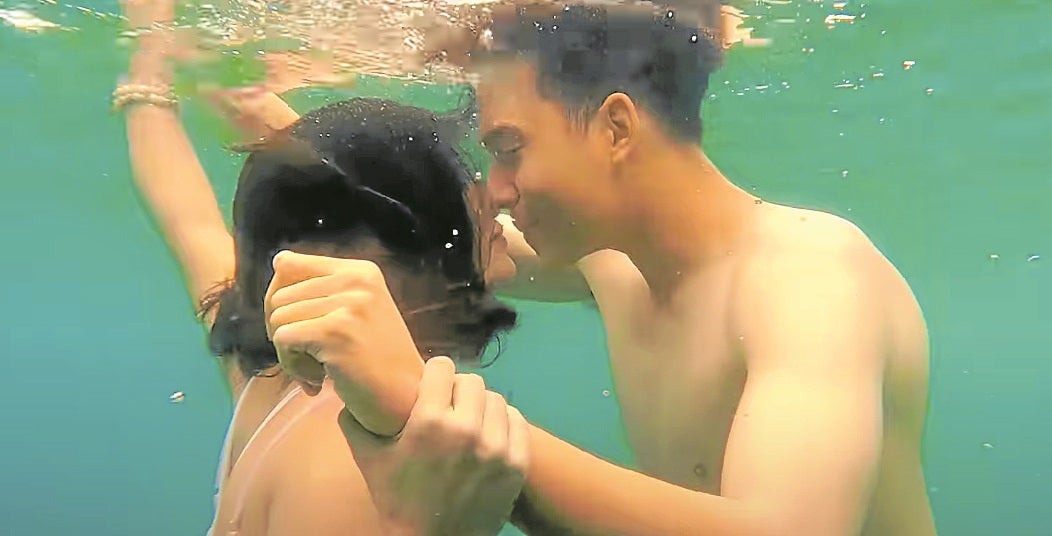 I only agreed to do it because it was needed in the material,” said actress Charlie Dizon, referring to a frontal nude scene in her debut film, “Fan Girl,” a project that incidentally won for her an acting award. “Whether a role is daring or wholesome isn’t really that important to me.”

Charlie said her goal as an actor “is to make sure that the character appears more human.” She explained: “My saying ‘yes’ to showing more skin again in a project will all depend on the story’s concept, on whether it will help improve the film or TV series.”

For her next project, however, Charlie was able to try underwater kissing with leading man Jameson Blake. “My Sunset Girl” director Andoy Ranay recently gave show biz scribes a low-down. “Charlie is very collaborative. She would go out of her way to discuss the script with Jameson. They would do some readings. She would ask me questions as she studied her script. She’s really dedicated. I don’t see any reason why she won’t be the next big star,” Andoy began.

“This particular scene was really difficult for them. They got shocked when I said, ‘Lubog kayo d’yan.’ They said, ‘Direk, it’s cold.’ It took us a while to finish because we had to look for that particular area in the pool that’s deep enough and with water that’s clear enough. By the time we found the perfect spot, they were already too soaked in water that their chins were quivering. Also, Jameson isn’t a good swimmer. He admitted to feeling scared to go to the deep part of the pool. We had to repeatedly promise him that we’ll rescue him.”

In “My Sunset Girl,” Charlie plays Ciara, a free-spirited teenager who suffers from xeroderma pigmentosum, an illness that could turn deadly if she is exposed to sunlight for a long period of time. As a result, Ciara is unable to travel the world but she makes up for this by watching travel vlogs and making friends online. Ciara then comes across and develops a deep bond with Lucas (Jameson), a travel enthusiast who promises to help her accomplish all her goals on her travel bucket list.

However, what Ciara doesn’t know is that Lucas manipulated her into falling in love with him so that he could help execute his father Elias’ (Joem Bascon) evil intentions. The story takes a more interesting turn when Lucas realizes that his and Ciara’s love for each other is actually real and unconditional.

During the media gathering, Charlie was likewise asked whether or not she also has a rebellious streak when she’s in love, much like the characters she has portrayed on screen. Aside from Antoinette Jadaone’s “Fan Girl,” she was also part of the Mae Cruz-Alviar family drama “Four Sisters Before the Wedding.”

“I guess these women are kind of rebellious when it comes to love. That’s the beauty of being an actress, you get to play a role that’s totally different from your true personality. I don’t consider this difficult since you can also find the emotions you need from the experiences of your family, friends or people around you, as well as by studying the script,” Charlie told reporters.

“As to how I’d react when I do fall in love in the future, I really can’t tell. I don’t want to say something definite, but I hope I won’t do anything that would hurt me or the people I care for in the process.” 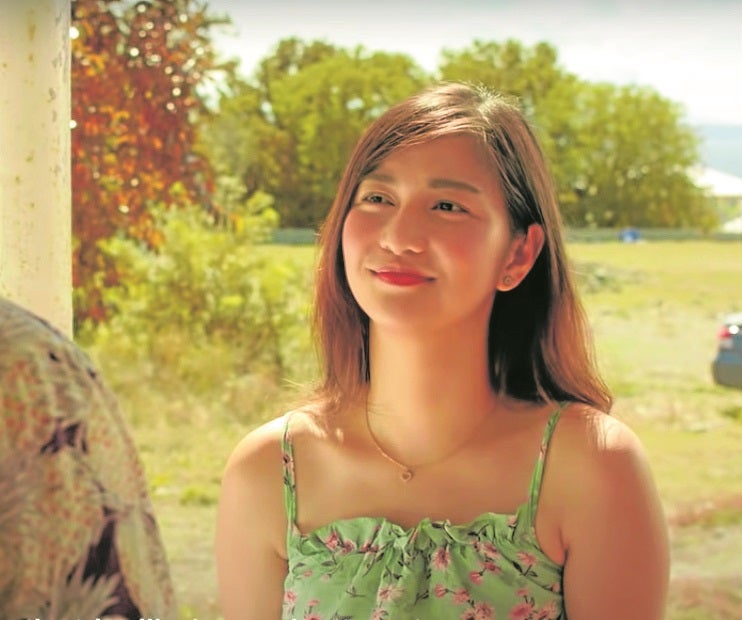 Charlie admitted to being able to relate to Ciara in one experience. “Just like her mom (played by Mylene Dizon), my mom was kind of overprotective, too. It took a while for her to finally allow me to go out on my own, as well as to pursue a career in show biz. Because of the limitations she imposed on me, I also felt that I wasn’t able to do a lot of things compared to others my age,” the 25-year-old pointed out.

Having said this, Charlie added that she was still thankful to her parents for how they disciplined her while growing up. “My mom told me to hold off my plan to become an actress until I finished school. Now I can say that the timing of my entry to ABS-CBN was perfect. It’s true that everything happens for a reason. I’m thankful for their guidance.”

Jameson, meanwhile, said he and Lucas have “small similarities.” He explained: “Lucas didn’t grow up with his real parents. I grew up with my mom and my stepdad. I describe this as a ‘lighter version’ of a broken family. Like Lucas, I’m adventurous as a person, too. We’re both techies. When it comes to love, we both want to constantly reassure the person we care for that we love them.”

Jameson was also Charlie’s love interest in “Four Sisters Before the Wedding.” They appeared in an episode of “Maalaala Mo Kaya” as well.

“I can say we’re already comfortable working together. Yes, we had to adjust while working on ‘My Sunset Girl,’ but only in terms of the technicalities of portraying our respective characters. We now focus more on how to best deliver our lines, as well as camera angling. We just help each other during the shoot,” Jameson shared with reporters.

“My Sunset Girl” is coproduced by Dreamscape Entertainment and All Blacks Media. It also stars Lance Reblando, Ana Abad Santos, Jun Jun Quintana and Jonathan Tadioan. It starts streaming on iWantTFC on July 14.