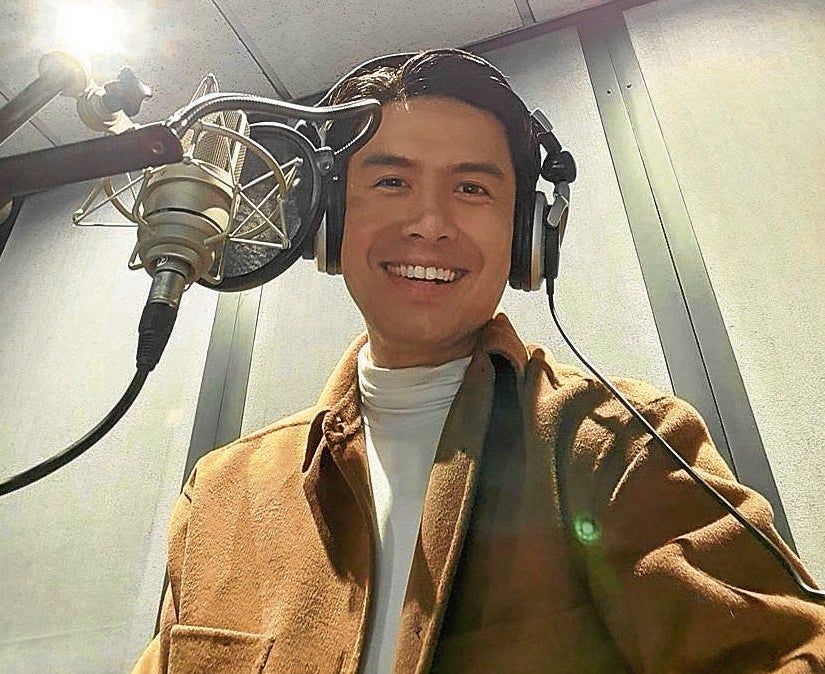 As job security in show biz remains uncertain because of the pandemic, Christian Bautista said his recent contract renewal with GMA 7 has given him peace of mind.

“There was nervousness because of the pandemic—especially in the beginning—because nothing was sure,” he said in a recent virtual conference. “So to be still offered a contract and assurance gives me a huge deal of humility and gratitude, because this means that the network still supports me and trusts me after all these years.”

Christian, who has been a Kapuso artist for eight years now, also described this new deal as “a gift” to his family.

“It’s like telling them that, “Hey, this company still believes in me, and will allow me to work and provide for my family, while I fulfill my goal of entertaining people,” the balladeer related. “Knowing that I will be able to continue doing what I love gives me a sense of comfort and excitement.”

As part of his contract, Christian will continue his duties as mentor and judge for the reality singing competition “The Clash,” which will have its fourth season later this year. “I’m so excited for the new energy coming in, especially now there’s more hope that things are starting to get a bit better,” he said. “It’s my goal to help new singers navigate life in show biz once they enter it.”

Christian’s work for “The Clash” is something he deeply cherishes because he, too, was a singing-tilt hopeful early in his career. “It’s a full-circle moment. I know well what the contestants go through because I was there … And now I know what it feels like to be sitting there, wondering if the contestant is singing for you, the audience or themselves. It’s nice to be on the other side of that.”

Aside from his regular stints on “The Clash” and the variety show “All-Out Sundays,” the 39-year-old singer-actor is also raring to get back to the studio to record new material. “It has been quite a while since I last put out a full album (“Kapit,” 2017). But that’s in the works … maybe we can see it at the end of this year or next year,” said Christian, who has been focusing on singles the past few years experimenting and gauging what kind style works.”

“Most artists approach things that way. Through singles, we get an idea which direction to take,” he pointed out. “I’m very excited to be in the studio. I’m looking forward to new collaborations. I will let you know when the time is right … Music is my first love and it will always be there.”

Acting, on the other hand, is something he will always be open to. He’s set to star in “Still,” an upcoming “narrative series” on the streaming platform Viu.

He also wants to dabble in production work because he believes that it’s part of an artist’s “natural progression.” “I was part of Alden’s recent virtual concert as a line producer. I have also always wanted to try that. I think that’s how it goes as a creative—I also want to experience producing shows and working behind the cameras,” he said. “You’re given opportunities to suggest or wrestle with ideas.”

Next year, Christian will mark his 20th year in show biz. He couldn’t be more thrilled. “I’m planning for my 20th anniversary, thinking of what else we can offer,” he said. “I have something to look forward to in the next few years. I’m truly grateful.” INQ