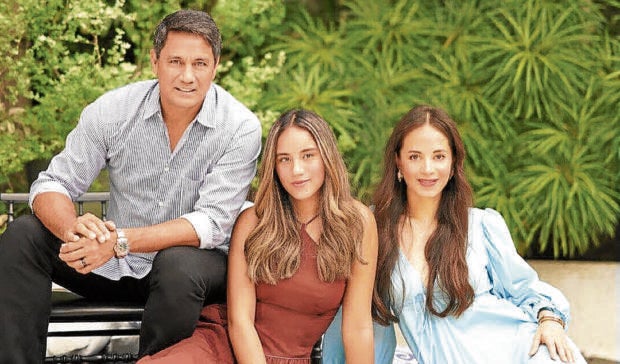 Although the idea often brings tears to his eyes, actor Richard Gomez admitted that he is slowly coming to terms with the fact that his only child, Juliana, now 20, will eventually have a family of her own; especially since recent talks revealed that the latter could be dating an athlete.

“When I married Lucy, she just turned 23. Juliana will be 21 in September and three years is just a short time,” the Ormoc City mayor told reporters during a virtual lunch chat on Monday. “I know that the time for her to settle down will come, eventually.”

Richard continued: “That’s why I always tell Juliana, ‘You’re tall and beautiful, so you have to take care of yourself. There will most likely be a boy out there who will try to fool you. You have to be able to differentiate the sincere guy from the mambobola. I know this because I used to be one of the latter.’”

He then hinted that Miguel “Miggy” Bautista, who is a member of the Philippine Fencing Association of which he is president, could be courting Juliana. “He would fly here to Ormoc to train in fencing, and at the same time, nanliligaw na rin siguro kay Juliana, diresto na!” “Ano ‘yan kape?” Lucy interjected, implying that Miggy is like coffee with sugar added.

Photos of Juliana and Miggy hanging out in Ormoc City started circulating online in February. Back then, Richard was quoted to have said that the two were in the getting-to-know stage. Juliana, who trains under Richard’s group, is part of the University of the Philippines Fencing team.

Lucy shared an incident about Juliana that brought Richard to tears. “He is the type who doesn’t cry easily, but I have a favorite thing to do if I want to see him shed tears. When we’re attending a wedding and there’s a father-daughter dance, I would whisper to him, ‘Honey, can you imagine if that bride is Juliana?’ You will surely see tears rolling down his cheeks. He will then look at the heavens while shaking his head as if saying, ‘God, no! Not yet.’” INQ