The brilliance of ArTECHtic theater expressions during the pandemic 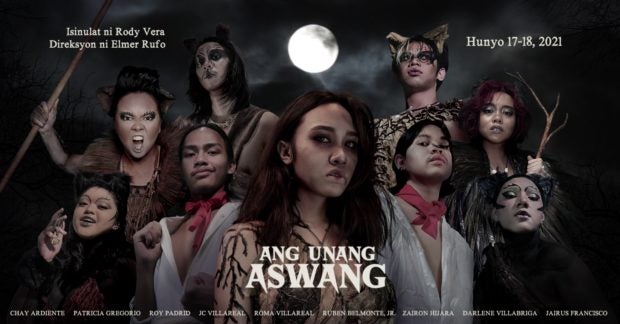 Whoever said that this pandemic could dim theatrical expressions must have not believed how art could defy spaces and time. Take for instance how the UP Los Baños College of Arts and Sciences Department of Humanities’ Theater Arts 151 (Acting) class imagined Rody Vera’s Ang Unang Aswang using digital platforms both for production and presentation. Asst. Prof. Elmer Rufo, the play’s director and one of UPLB’s Outstanding Artists, is someone who sees creative prospects despite the limits in teaching and learning in a remote set up.

“Before the lockdown, I could collaborate with my students to create a full length play in conventional theater spaces but this pandemic forced me and my students to be even more spontaneous and exploring,” Rufo said.

Transferring onsite and offline acting classes to online artistic opportunities using digital classroom platforms was already a showcase of teaching distinction but creating a cohesive theater production is an excellent feat. Technology enabled the course to be taught as if the class is in a residential set up where Rufo was able to impart acting methods to the students. “Despite the limitations, the class was able to cover key acting techniques on presentational and representational acting, with assignments that required creating body images on Theater of Cruelty, biomechanical embodiment pieces portraying moods and emotions, and psychological realism scene analyses and performances, all through synchronous classes via zoom,” (ANG UNANG ASWANG, 2021). 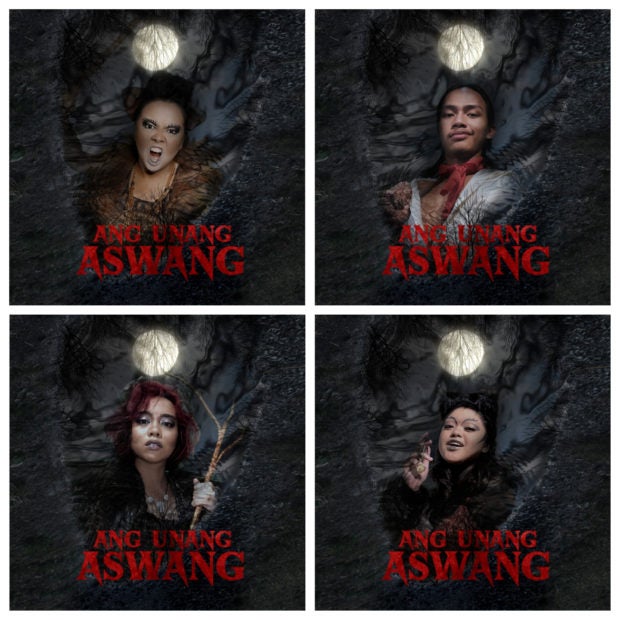 Vera’s script is also fitting for the purpose and soul of creating art during these uncertain times. His script allows the audience to reflect and respond on their emotional capacities and frailties. The dialogues enable the viewers to question decisions and decode truth and falsities, bad from good. In the time of the pandemic where most of us are stationed in our own homes, Vera’s story unmasks our pretentions and fears and allows us to ask: has this pandemic made us better humans than before?

The show’s merits could also be attributed to its utility of technology both for the production and the performance. On the one hand, the use of a learning platform as a rehearsal space is something that is already a discussion piece in any academic discussion. I urge Asst. Prof. Rufo to discuss and share how he, along with his production team of three Theater Communication and seven volunteer students, was able to maximize technology in recording, editing, and eventually producing the one-act play.

On the other hand, the staging of this theater play is also worthy of a critic’s attention. How does one mediate and mediatize a supposed face-to-face experience? This production allowed me to feel that I was still sitting in an onsite conventional space and enjoying the tightly constructed narrative of Vera’s script. I was also drawn to the active and real time reactions from the audience as the performance space, Facebook, enables us to engage with the experience through our live comments and reactions. 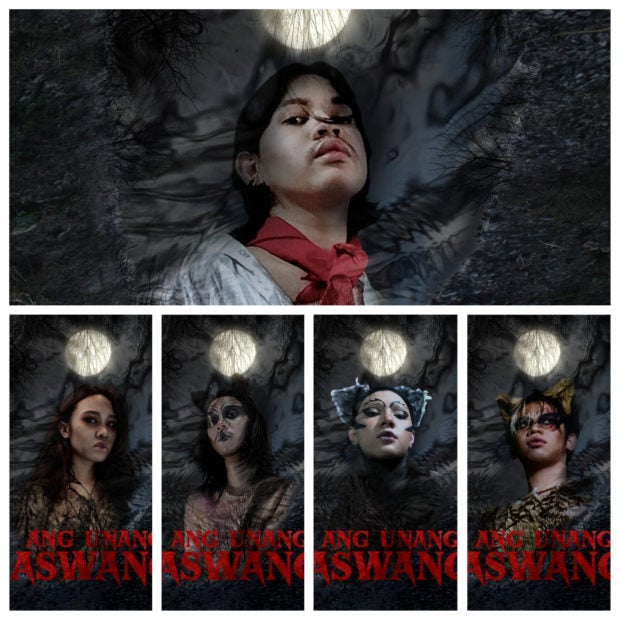 The students’ acting was phenomenal. Despite the limited rehearsal and production time, the commitment to the roles and the story’s purpose was seen in the recorded output. Rufo is proud of this batch of student actors. The class only had two and a half weeks of rehearsals, a little more than a week of allotted time for recording, and only over a week for editing. “Also, because of the remote set up, whilst manning their own committees, each student had to produce their own costume and make-up looks, as well as set up and record by themselves, (ANG UNANG ASWANG, 2021). Lead stars Roma Villareal, Royette Padrid, Zairon Hijara, Francine Ardiente, Jairus John Francisco, Patricia Lois Gregorio, Darlene Villabriga, Jheit Cyril Villareal, and Ruben Belmonte belong to a unique breed of artists who know how to deliver artistically and creatively. These actors also served as the production team for the entire show.

I hope that online theater class productions like this continue to be produced so that art continue to flow and flourish despite our personal and social restrictions. Quality productions like this must endure the hardships as provocative and timely theater practices should continue to reach more audiences. Also, academic institutions must be able to sustain interests in the artistic expressions through digital and technological spaces.

Theater Arts 151 is offered as an undergraduate course under the BA Communication Arts program of UP Los Baños. 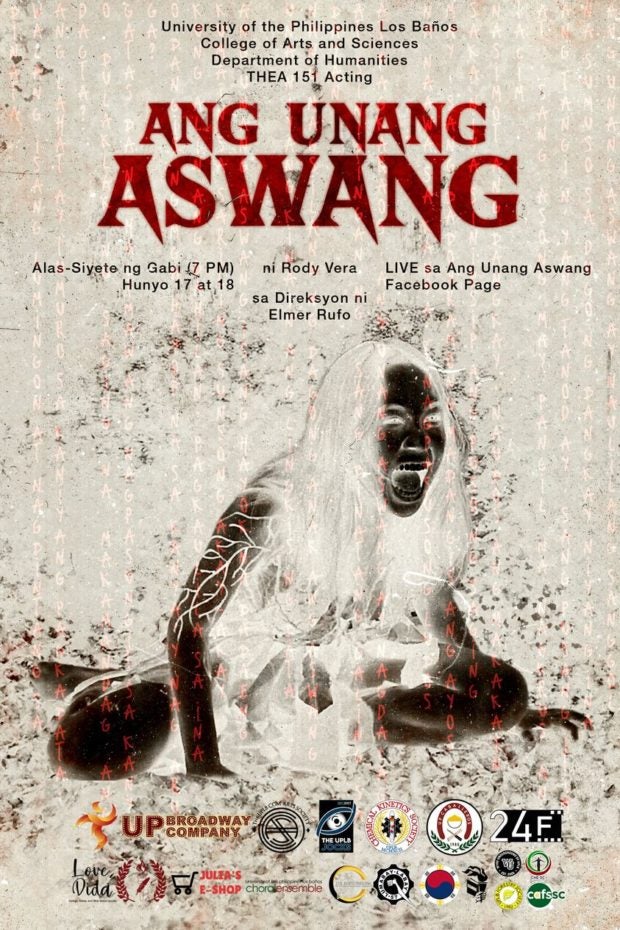