‘You’re enough:’ Held back by industry standards, actress Aina Dumlao tells aspirants to ‘go for it’

MANILA, Philippines — Fil-Am actress Aina Dumlao did not pursue an acting career in the Philippines, thinking she was not “enough” to fit the beauty standards in order to thrive in the industry.

But she has one piece of advice to those aspiring to become an actor like herself: “Go for it, you’re enough.”

“Hindi ko alam [I don’t] how the industry works in the Philippines but I know what the reasons were then that prevented me from having that dream. I didn’t think I was pretty enough, my skin wasn’t white enough, I didn’t think I was tall enough,” she said in an INQside Look interview.

“But to all the girls and boys who have been reaching out to me saying that they want to be an actor, go for it. You’re enough. You don’t have to change anything about yourself,” she added.

Dumlao, who recently played the role of Filipina nurse Gerlie Bernardo on Grey’s Anatomy, said her acting career started in the U.S. when her husband encouraged her to pursue what has been a dream of hers all along. 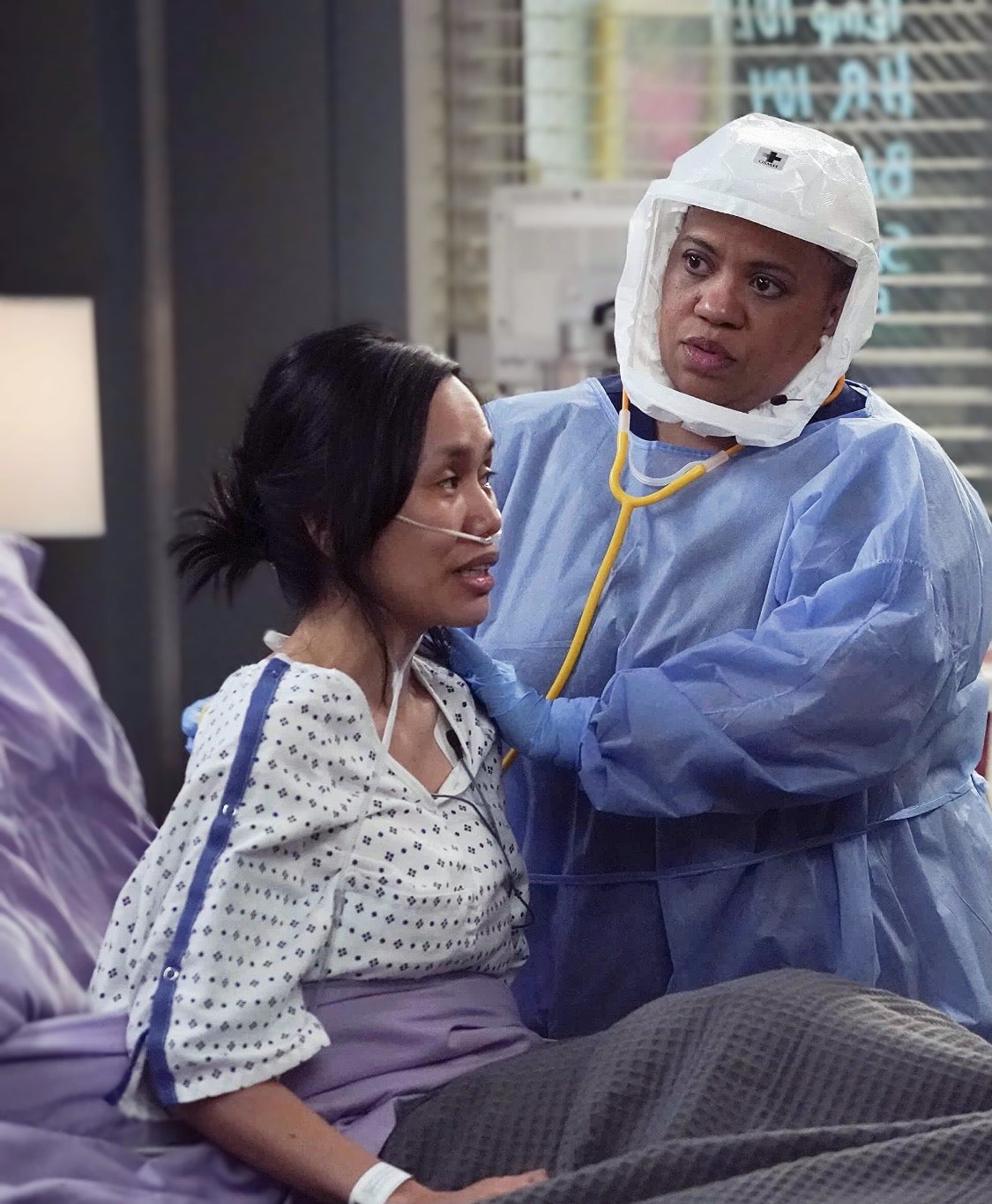 When she was still in the Philippines, Dumlao said she started a call center, which grew to have 350 employees. She then sold half of that call center firm and moved to America around 11 years ago and started acting some four years after that. 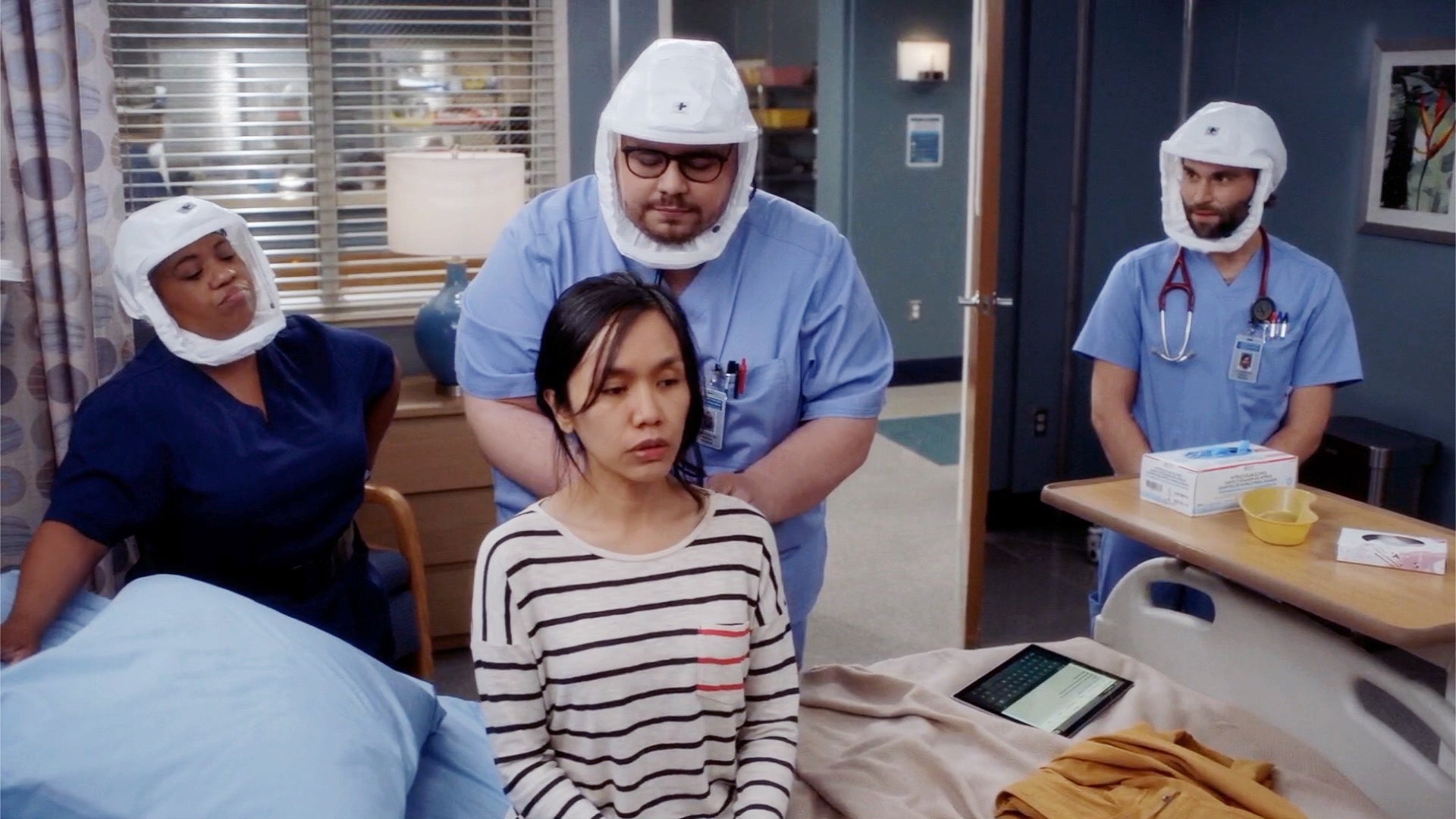 Fil-Am actress Aina Dumlao as COVID-hit Filipina nurse Gerlie Bernardo in one of the scenes in the last episode of Grey’s Anatomy’s 17th season. Photo courtesy of Aina Dumlao.

“My husband saw something in me and suggested I should be an actor and I’m like ‘Oh, yeah, this has always been my dream.” I just never entertained it for real,” she said. 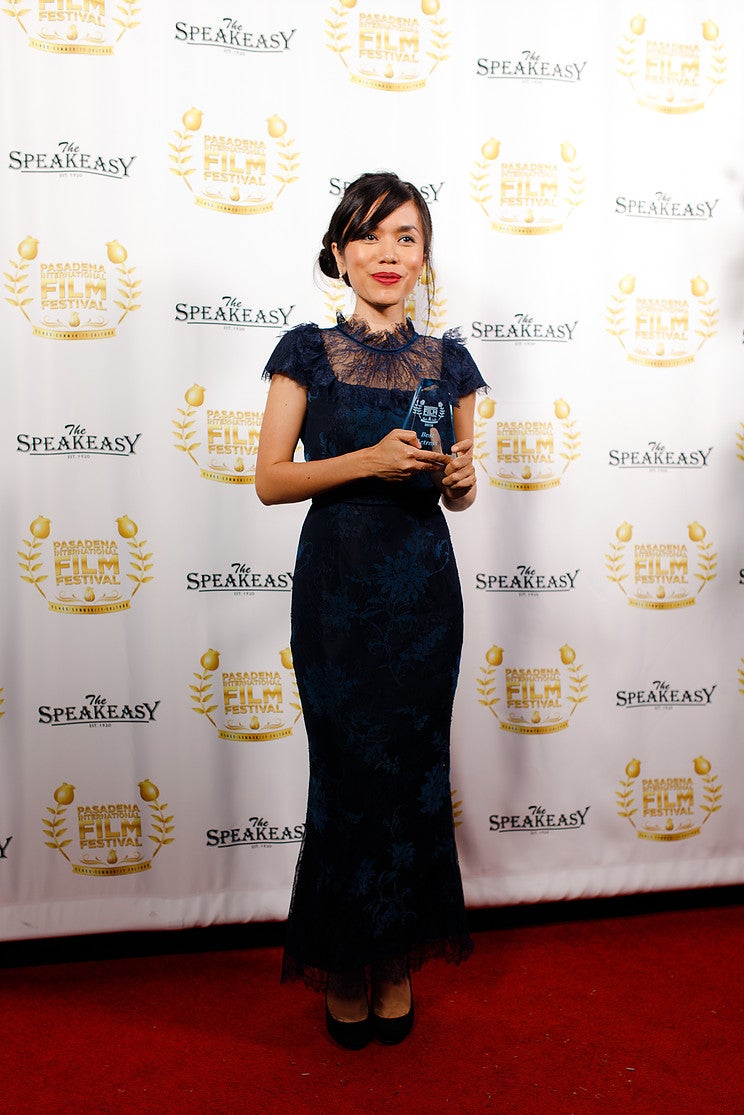 Dumlao said many young aspiring actors from the Philippines have been sending her messages, asking her what it would take to follow in her footsteps.

“A lot of Filipinos, like younger Filipinos, mostly girls had been reaching out to me and they’re like ‘Ate, you’re so inspiring, pano ba ‘ko maging artista [How can I be an actor]?’” she said.

Aside from her role in Grey’s Anatomy, Dumlao also worked alongside Dwayne Johnson for two seasons of comedy-drama series Baller in 2015. She is also known for her work in the series “MacGyver” in 2016.

Dumlao also played the lead in thriller film “Sanzaru” in 2020. Most recently, she is among the lead cast of an Australian series called “The Unusual Suspects,” which is still airing in Australia and will likely be aired in other countries as well. 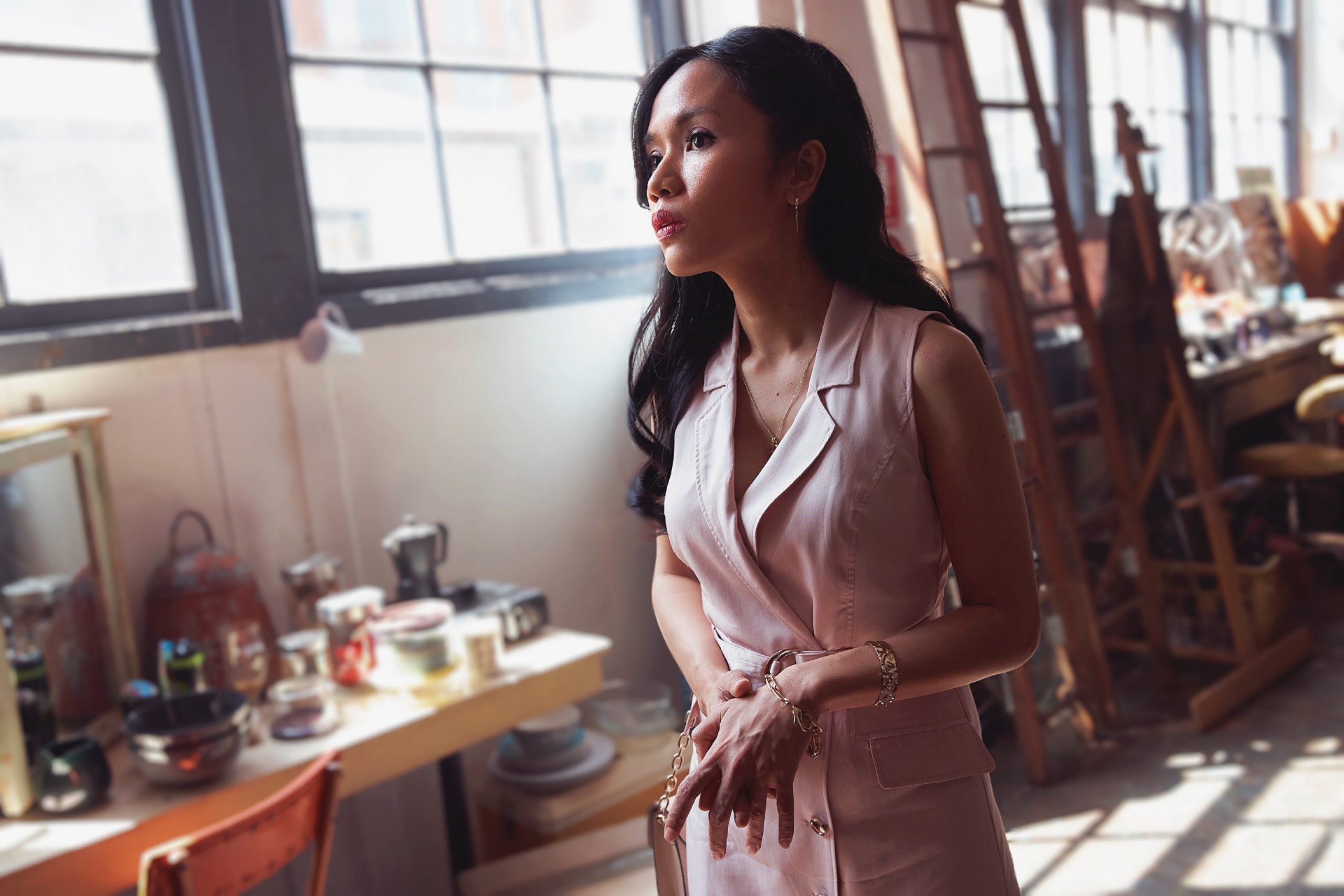 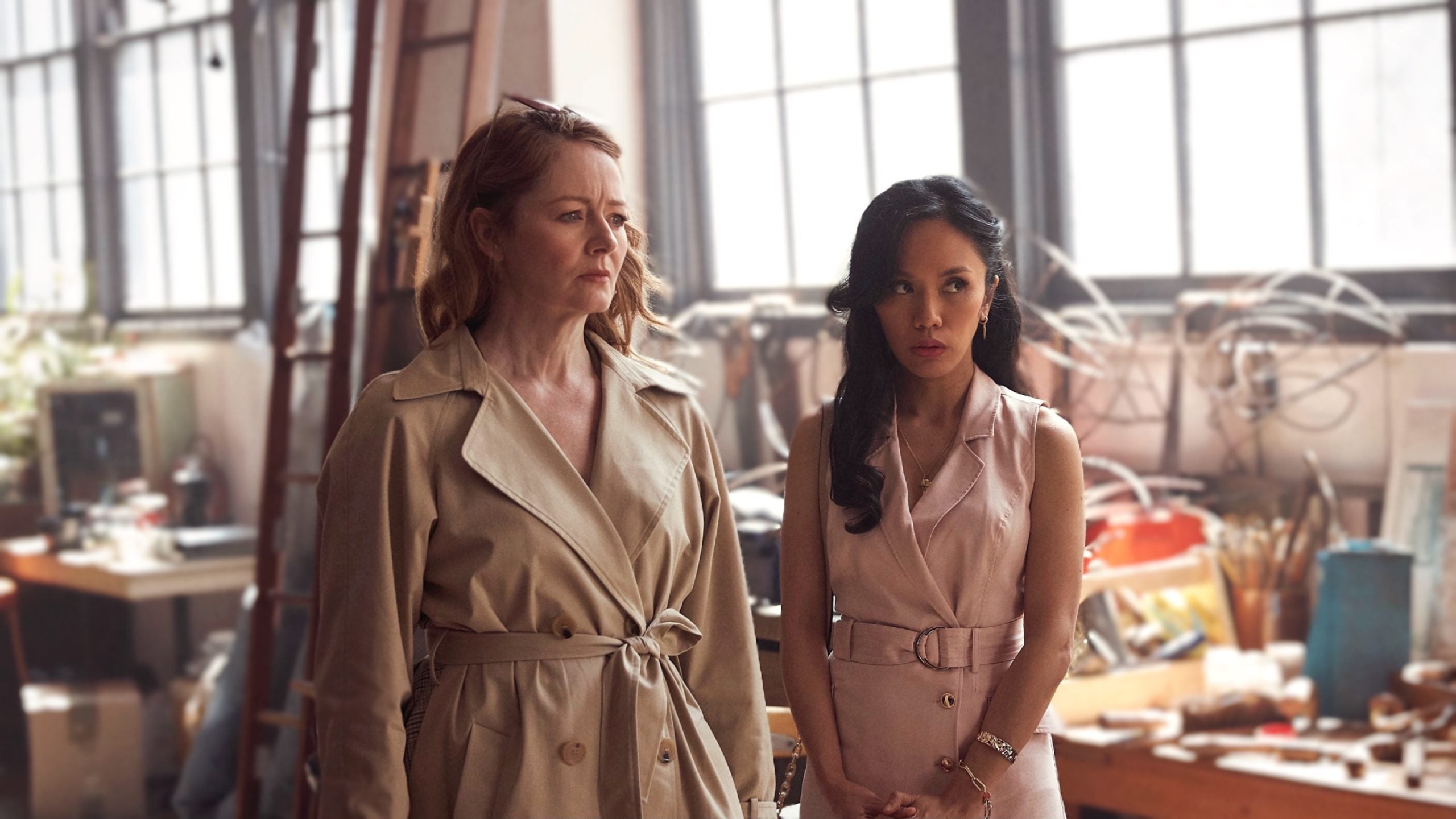 Scenes from “The Unusual Suspects” (2021). Photos courtesy of Aina Dumlao

Dumlao and her husband also co-directed and co-wrote the 2018 short film “Diwa,” a story about an undocumented Filipino immigrant. The film has won accolades in several film festivals in the U.S.