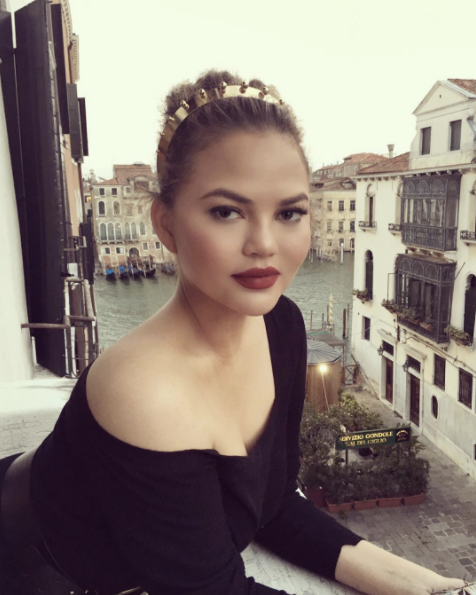 LOS ANGELES — Chrissy Teigen has posted a lengthy apology online after previous tweets of hers resurfaced in which she participated in online bullying and targeted Courtney Stodden, a model and reality TV personality.

“Not a day, not a single moment has passed where I haven’t felt the crushing weight of regret for the things I’ve said in the past,” she wrote in a Medium post on Monday. “As you know, a bunch of my old awful (awful, awful) tweets resurfaced. I’m truly ashamed of them. As I look at them and understand the hurt they caused, I have to stop and wonder: How could I have done that?”

“I’ve apologized publicly to one person, but there are others — and more than just a few — who I need to say I’m sorry to. I’m in the process of privately reaching out to the people I insulted. It’s like my own version of that show ‘My Name is Earl!’ I understand that they may not want to speak to me. I don’t think I’d like to speak to me. (The real truth in all of this is how much I actually cannot take confrontation.) But if they do, I am here and I will listen to what they have to say, while apologizing through sobs,” she added.

Teigen, who has 13.5 million Twitter followers, became embroiled in the bullying scandal in May. In an interview with Daily Beast, Stodden revealed that Teigen sent them cruel direct messages, such as “I can’t wait for you to die.” Teigen has not posted on social media since she first apologized on May 12.

“There is simply no excuse for my past horrible tweets. My targets didn’t deserve them. No one does. Many of them needed empathy, kindness, understanding and support, not my meanness masquerading as a kind of casual, edgy humor,” she wrote. “I was a troll, full stop. And I am so sorry.”

In early June, Teigen dropped out of a voice role in the second season of Netflix’s “Never Have I Ever,” releasing in July. The role was voiceover narration that was planned for one episode, similar to the guest roles featured in the show’s first season. JB