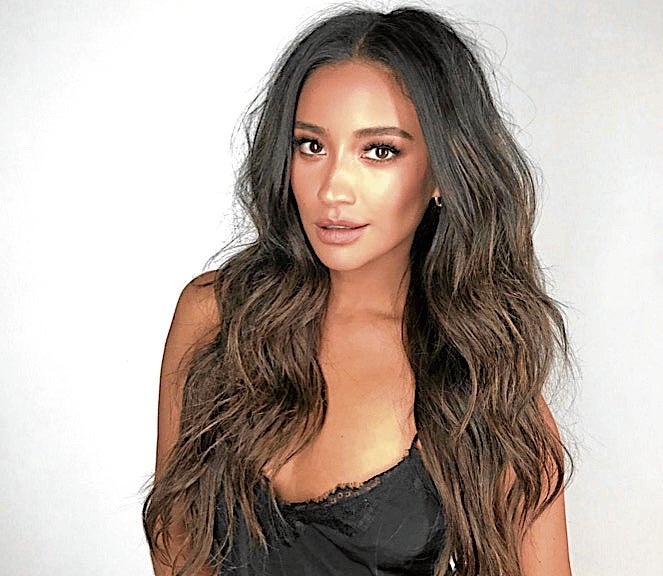 Shay Mitchell, the lovely Filipino-Canadian star of the drama series “Pretty Little Liars,” the psychological thriller “You” and the comedy series “Dollface,” said that something just clicked when she was asked to lend her voice to Alexandra Trese.

Alexandra is the sinister creature-busting heroine of “Trese,” the eagerly anticipated horror anime series based on the award-winning graphic novel by cocreators KaJO Baldisimo and Budjette Tan.

“This was one of those projects that I went, ‘Huh? Yeah, of course this makes sense,’” Shay told Inquirer Entertainment early this week, before Season 1 of the six-episode series debuted last Friday on Netflix. “I loved the story, and I loved that the team of people behind it were actually Filipino.

“I was familiar with some of the stories [related to the folkloric creatures in it], but I have developed a much more extensive understanding of the characters and creatures post-‘Trese.’”And speaking of the Filipinos involved in the show, you won’t find a better and richer Pinoy representation than the exceptional pool of actors and creatives sharing the spotlight with Shay, who voices Alexandra in the English version, and Liza Soberano, who plays Alex in the Filipino iteration of the animated series. 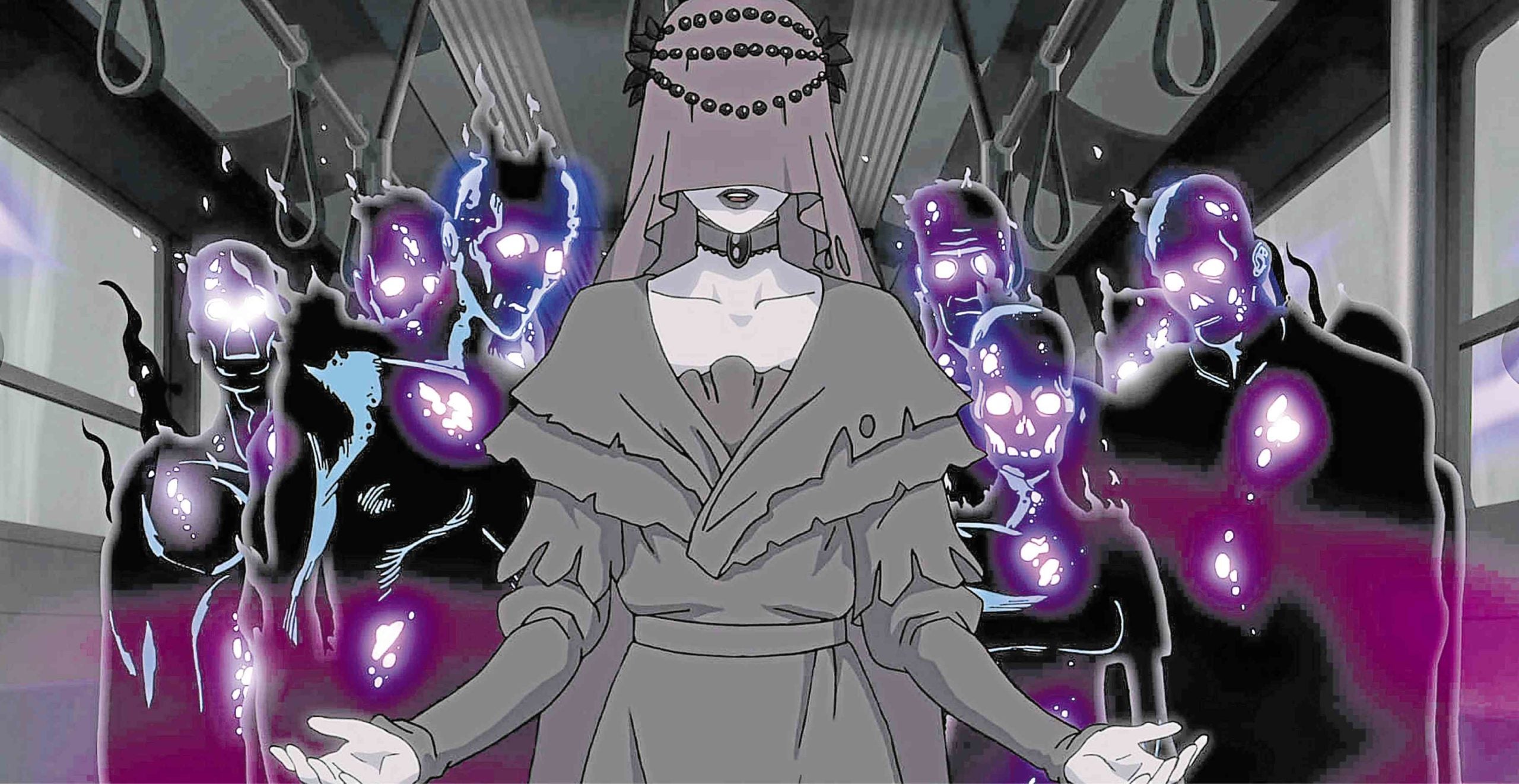 “It’s a dream cast from so many angles,” said showrunner Oliva. “When we started this project, I knew it was important that the cast reflect the heritage and culture, so we strived to hire Filipino and Filipino-American actors—and the outpouring of support was overwhelming!

“As soon as they heard about it, so many actors went out of their way to get roles. We heard a lot of stories from Filipino actors about them having been told to hide their accent or act like they were another ethnicity. And the fact that we wanted them to use their natural accents was embraced by everyone behind the microphone. We knew the project was special.

“But it was so inspiring to see all of these actors bending over backwards to make this series the best that it could be—all because it was important for them to represent this underserved culture in an international spotlight by way of this series. It was something they could truly identify with.” 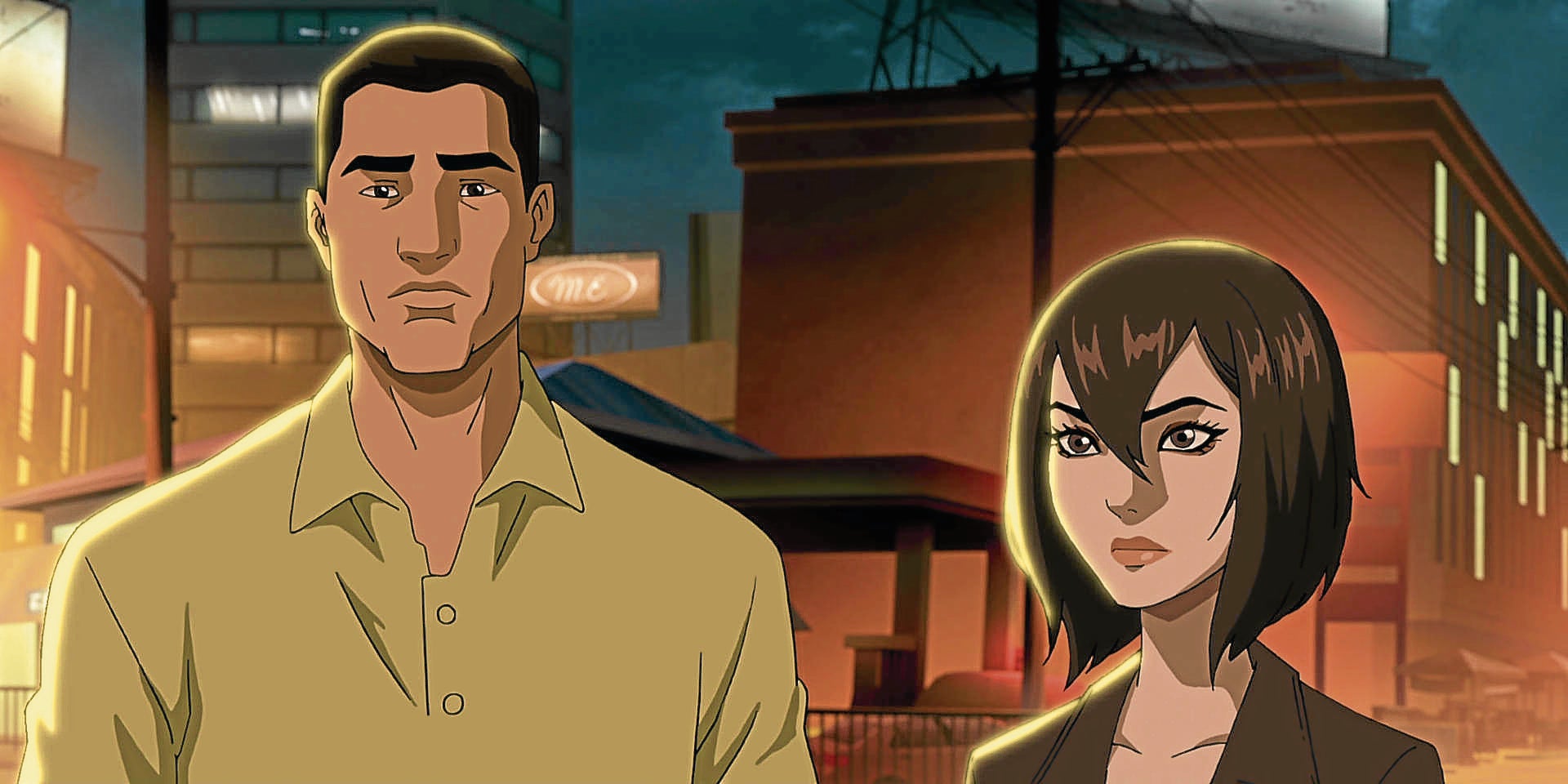 Speaking of Rodney, we remember a tweet he posted some years ago, in which he aptly noted the growing presence of “Filipino actors playing Filipino characters telling Filipino stories on TV.”

But “Trese” has just upped the Pinoy pride-generating ante with something even better: It’s set in the bustling megacities and creepy nooks of Metro Manila gorgeously framed by inventively realized locations we all know so well—from its gigantic malls to the dimly lit corners of the Metro Rail Transit.

Baldisimo, creator of the graphic novel, is more than pleased to seize the opportunity handed to his team by Netflix and Base Entertainment to breathe life into “Trese’s” colorful dramatis personae. He explained, “The Netflix animation is a giant deal as it opens up more possibilities for me, Budjette and all the other Filipino storytellers to present their creativity to a global audience.”

And the fact that its story is deeply anchored on Pinoy culture and folklore makes it extra special, added cocreator Tan: “‘Trese’ is our version of all those Filipino horror and ghost stories, all our urban legends, all our scary creatures from folklore. [We’re] telling it through the lens of a detective story and a police procedural.”

In “Trese’s” parallel world, the mythical creatures of Philippine folklore live in hiding among humans. As the newly anointed Lakan ng Sangkatauhan, Protector of the City and Upholder of the Accords, a role she inherited from her father Anton (Carlos Alazraqui), it is Alex’s duty to keep the peace and act as the bridge between mankind and the creatures of the supernatural world. 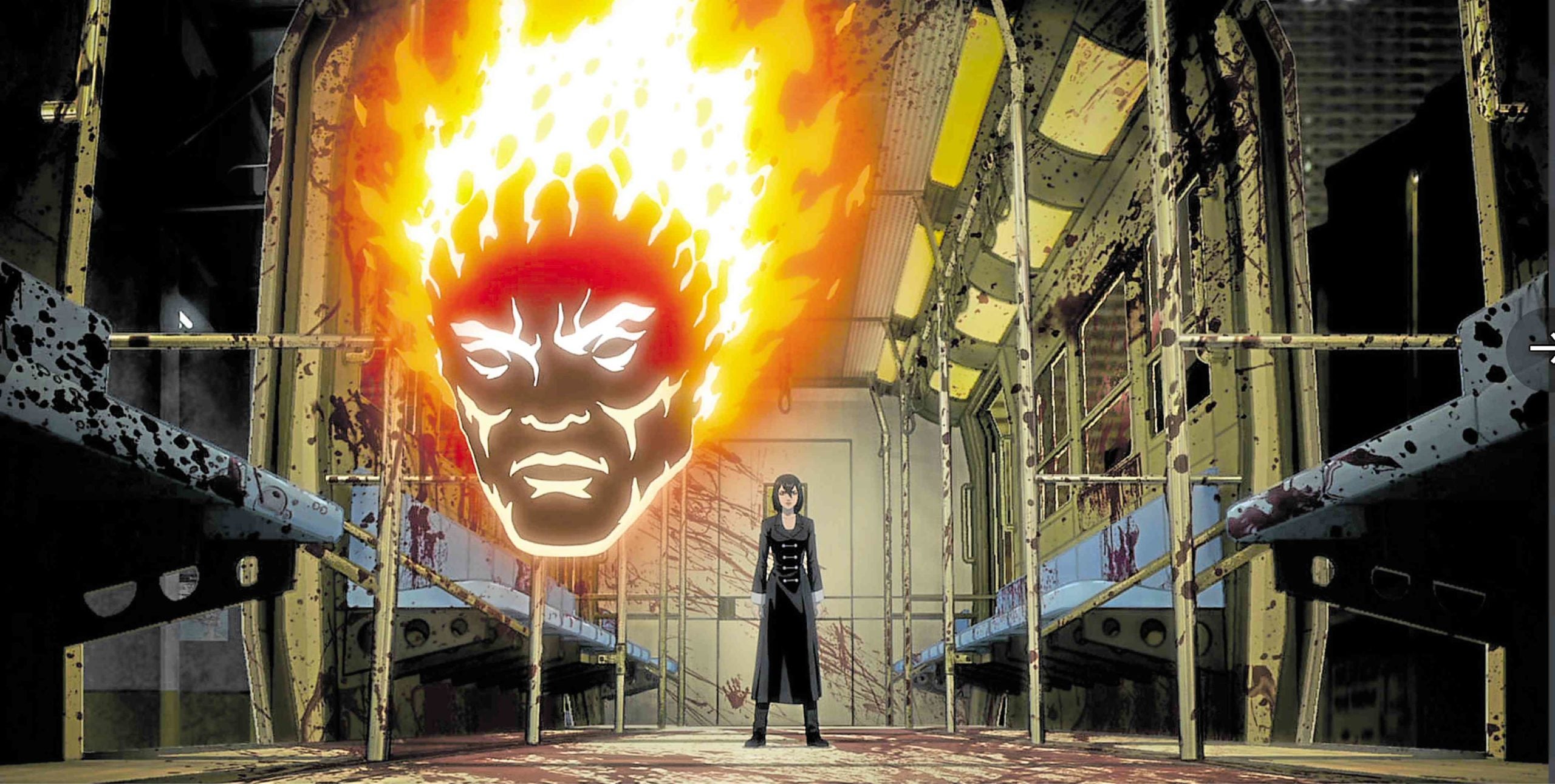 Alexandra is a detective who was indoctrinated in the ancient ways of magic, and is often called in by the police, headed by Captain Guerrero (Matt Yang King), to investigate crimes that are beyond human comprehension. It doesn’t take long before she finds herself going head to head with the criminal underworld composed of malevolent supernatural beings.

Shay has always known about the Filipino culture and the importance it places to family-oriented values, but her whole “Trese” experience has made Shay appreciate her Filipino roots even more.

“I grew up in Canada, but spent time in the Philippines growing up,” she shared. “No matter how much time I spent there though, it always felt like a visit. But working on this project, it made me feel closer to my mom’s heritage, like I am more a part of the community.

“More than that, part of what makes this production so special is the representation—and I think this should be a priority across the board on all productions. There are so many talented people in the world, and I fully support extending opportunity broadly.”

Asked if she sees herself as much of a badass as Alexandra, Shay quipped, “I mean, is anyone as badass as Alexandra (laughs)? Seriously, I totally related to her though, in the sense that she is super headstrong and, once she puts her mind to something, she will see it through. I also think we are both super ‘out of the box’ thinkers.” 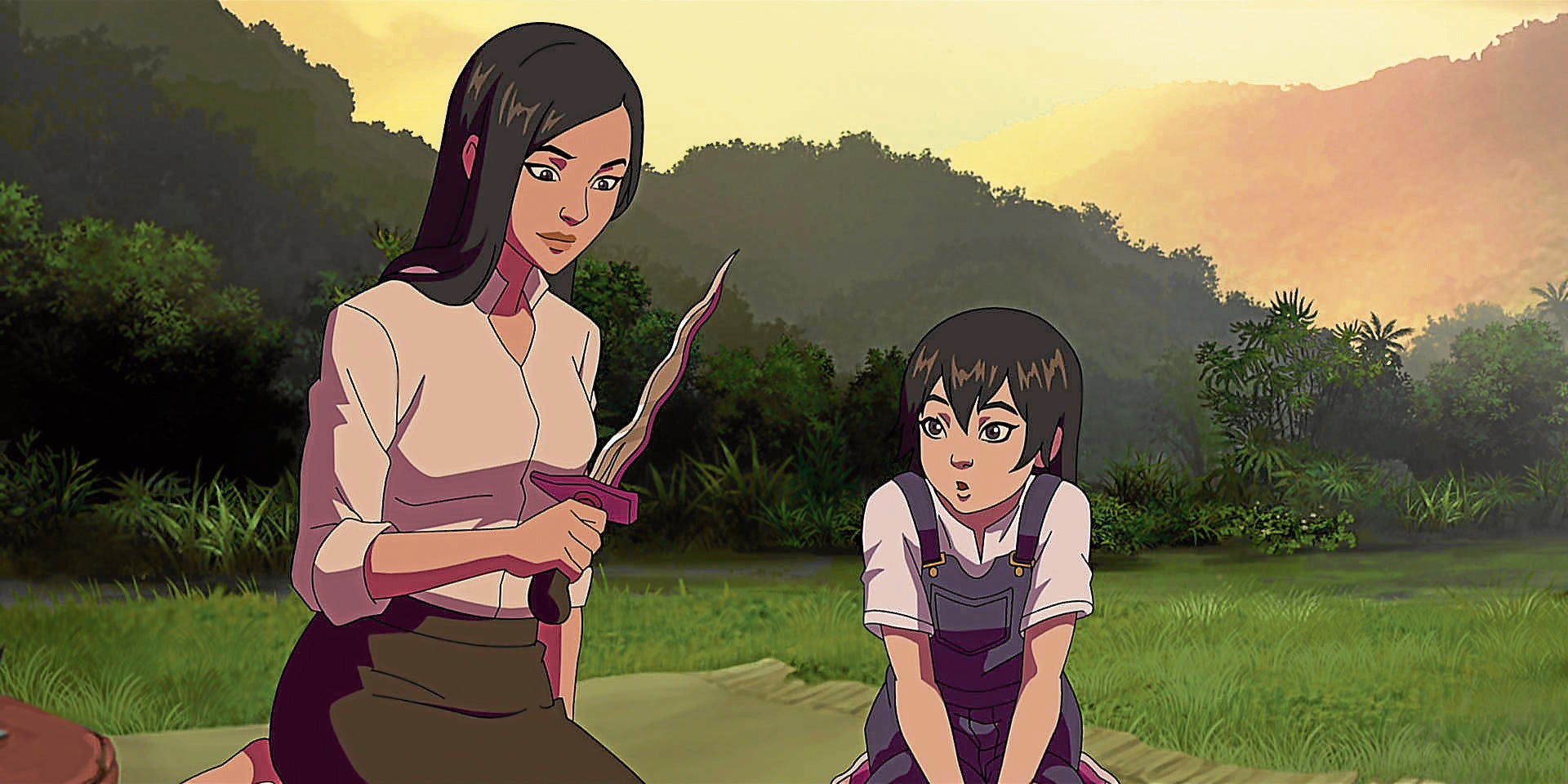 Our Q&A with Shay:

How different is the challenge you got from doing voice-over work compared to your live-action projects? What satisfaction do you get out of it?

This was specifically an interesting project because of all the dialect coaching I had to do to refine my Tagalog. It was incredibly satisfying to confidently nail all of the lines in Tagalog … it’s practice quite literally made perfect!

Did the producers ask you to read the Philippine graphic novel in which the series was based upon?

God, I don’t remember if they asked me, but I did … and it excited me that much more about the project.

Alexandra is very close to her father, her mom and to everyone she considers “family.” In what way do the show’s musings on family and “forging your own destiny” resonate with you?

In many ways! My family and I are really close … we speak every day. But my parents have also always encouraged me to pursue my own path. I would not say the path I’ve taken is conventional, and I think a lot of parents would have encouraged their kids to do something else, but I have never felt anything but supported as I “forged my own destiny…” similarly to Alexandra.

What can you tell us about the possibility of a second season for “Trese”?

You know, I would like to know the same!

Your visit to Manila two years ago to promote the Netflix series “You” created such a happy ruckus. What were your fondest memories from that trip?

I feel like Manila is such a special place because when I think of my time there, I don’t think necessarily of specific places or things I did, but more a feeling that I associate with being in the city. It’s like the entire city is a person—and that character is deftly represented in “Trese.” INQ