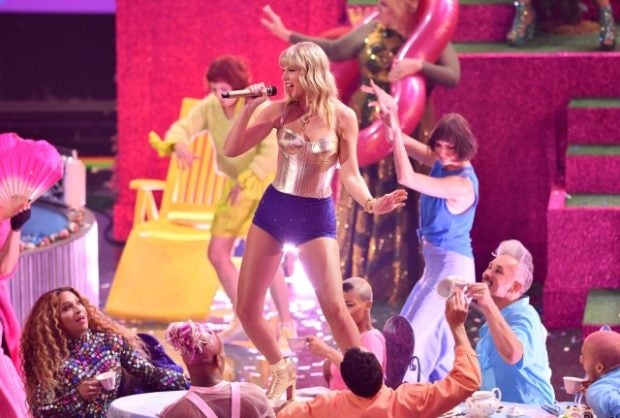 The MTV Video Music Awards will take place on Sept. 12 in New York, the channel announced Tuesday — the latest news that live entertainment is coming back in the city as it emerges from the pandemic.

MTV has yet to announce which artists will perform at the event, to be staged in front of an audience at the Barclays Center in Brooklyn.

Last year, MTV initially announced that the 2020 edition would be held at the same arena before canceling that plan and hosting a scattered, behind-closed-doors ceremony with pre-recorded musical performances in several New York locations.

The eligibility period for this year’s videos is from July 2020 to June 2021.

Cultural activities are returning to New York as the city reopens in the wake of the COVID-19 pandemic, boosted by vaccinations.

Also on Tuesday, Madison Square Garden announced that it would host on June 20 the first event in front of a capacity crowd since coronavirus struck in March 2020 — a Foo Fighters concert.

Only spectators that can prove they have been vaccinated against COVID-19 will be allowed in, representatives of the venue said.

“We’ve been waiting for this day for over a year. And Madison Square Garden is going to feel that hard,” lead singer Dave Grohl said.

On Monday, Bruce Springsteen announced that his hit Broadway show will reopen on June 26, also in front of vaccinated audiences.

Mayor Bill de Blasio announced that the city is planning a major concert in Central Park in August to celebrate the city’s “rebirth” as part of a week of “homecoming” events. DC/JB

Read Next
‘Lupin’ is back to steal the show
EDITORS' PICK
Smart brings KCON:TACT especially 4U to subscribers from June 19 to 27
Smart celebrates all kinds of ‘#SimplyLove’ for Pride Month
Behind Terance Mann’s 39, Clippers oust Jazz in Game 6
SWS: Over 12M Filipinos still jobless as of May 2021
WATCH: INQside Look with Fil-Am actress Aina Dumlao
Gilas out to prove Korea win not a fluke; Tab fires back at ‘lucky shot’ remark
MOST READ
Underdog Dasmariñas vows to fight to the death vs Inoue
Brazil set to pass half a million COVID-19 deaths
The opposition’s dilemma
Anne Curtis, Solenn Heussaff to launch new project ‘Tili Dahli’ next week
Don't miss out on the latest news and information.