Why Maricel’s bathtub scene in ‘Soltera’ the ‘most difficult’ 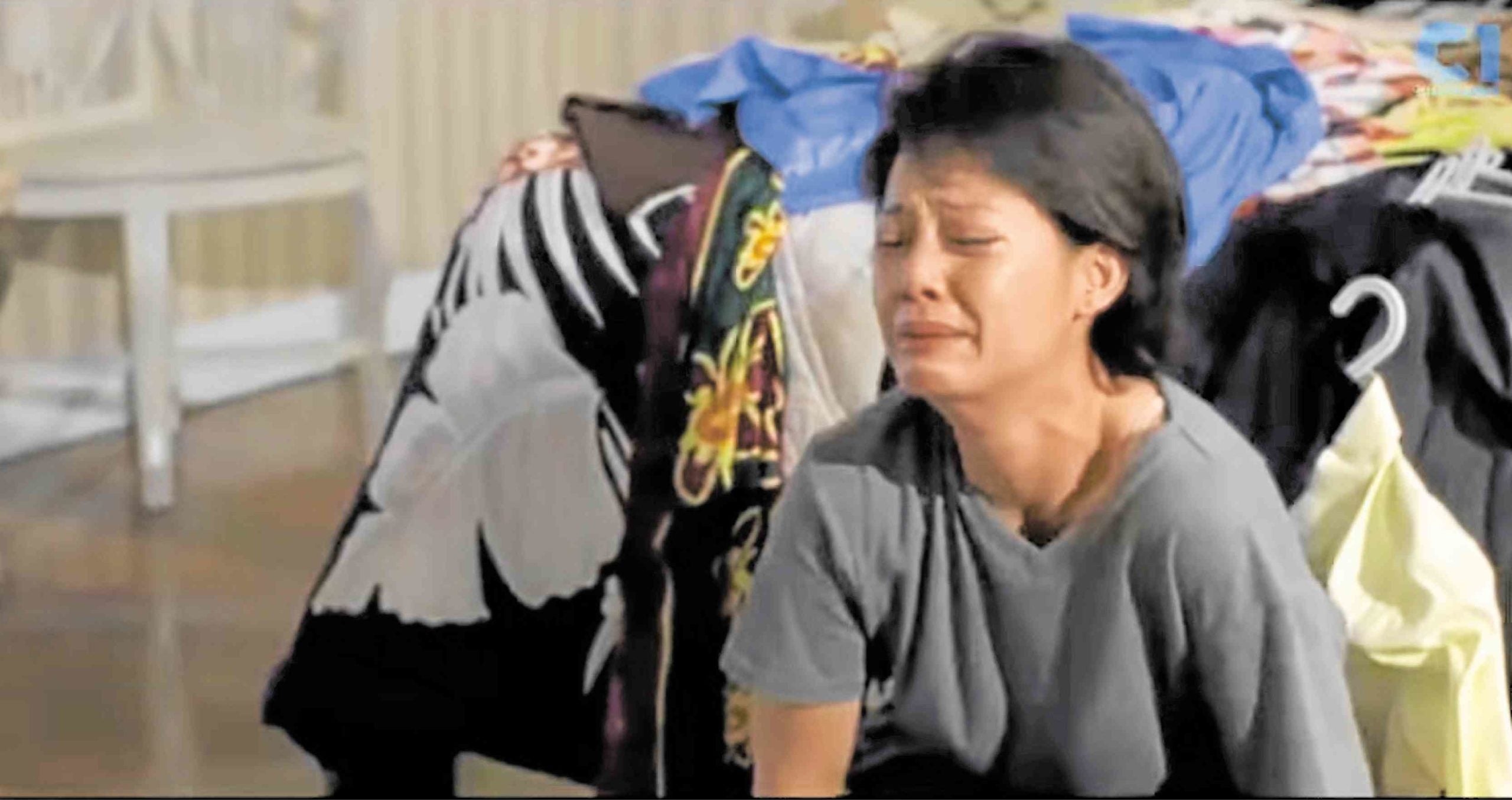 Maricel Soriano in a scene from Jerry Lopez Sineneng’s “Soltera”

For actress Maricel Soriano, who played the lead character in Jerry Lopez Sineneng’s dramatic love story “Soltera,” what’s best about the movie was that, 22 years after it was released, the dialogues remain brilliant and relevant up to this day.

The restored/remastered version of “Soltera,” which also stars Diether Ocampo, Claudine Barretto and Raymond Bagatsing, is currently streaming on ktx.ph in celebration of Maricel’s 50th anniversary in show business.

“I can still remember one particular scene I had with Diether (who plays Eric, her young lover) where I said, ‘Iniwan kita para mag-isip, hindi para ipagpalit ako sa ibang babae!’ She really resented that. ’Yon ang gigil n’ya,” Maricel pointed out.

Jerry, who cowrote the script with Jun Robles Lana, interjected: “I still hear gay comedians use this particular line in comedy bars!”

“Your dialogue is brilliant, if I may say so, Direk,” said Raymond, during a prestreaming interview on Thursday night with Leo Katigbak, head of ABS-CBN’s Film Restoration and Archives group that spearheads the “Sagip Pelikula” project.

Most difficult to write

Jerry admitted that he still kept writing and revising the script even while he was already shooting the film. “It was a work in progress—Maricel and Raymond knew that. I would write the script every shooting day. It didn’t help that Jun Lana had to leave to attend the Berlin International Film Festival for ‘Rizal.’ I was left on my own,” he recalled.

The much-talked-about “bathtub” scene was also the most difficult to write, said Jerry. It came to a point when Jerry called Malou Santos, head of the film’s producer, Star Cinema, in the middle of the night, crying.

“I asked her how much it would cost Star Cinema if I decided to pack up the shoot the following day. I said I would just pay for the whole day’s expense because I kept staring at a blank page. I couldn’t think of what to make of Maricel’s character, Sandra,” he recalled. “In fairness to Malou, she told me to call again at 7 a.m. I finished the script a quarter before 7. When I read it to her, she said, ‘Tuloy ang shoot!’ It was really a memorable scene. Even my friends who got to see the film told me so.”

Jerry said the character of Sandra, who falls in love and gets involved with a guy 14 years her junior, was really tailor-made for Maricel. “I also want the audience of this movie to realize that no matter how much you love a person, generation gap is still a big consideration,” the director pointed out. “Before you get into a relationship with an older or younger partner, think and rethink really hard first. You can already point out a lot of differences in the personalities of two persons of the same age, how much more with people who are from different generations?”

Recalling an important scene between Sandra and Eric, Jerry explained: “As far as Eric is concerned, he isn’t trying to disrespect Sandra’s family when he decided to speak up about a sensitive social topic in the middle of dinner. He was merely expressing his opinion. But for those of Sandra’s generation, Eric sounded offending and rude. You’d say, ‘Wow! Exciting! I’m with someone older, or younger;’ but you really should ask yourself first, ‘Will this thing that’s going on between us actually last?’”

Also during the interview, Leo pointed out that Maricel’s supporters were “generational,” meaning, she also has fans who are in their 20s. To this, Maricel replied: “Bakit nga ba? I also don’t know why. When we would organize fans’ day, I would see these Junior Maricelians and ask them, ‘What are you doing here? Shouldn’t you be following someone who is more your age?’ They would proudly tell me that they’ve watched all of my films; and then they would proceed to convince me to sign up on Facebook,” she said, laughing.

Jerry, meanwhile, said he felt honored and blessed that “Soltera” was among those that were chosen by the Sagip Pelikula group to be restored. “My nephews and nieces will now have the opportunity to watch this film. What’s best is that it’s even better than the original, especially its audio,” he declared. “I hope you will continue restoring old films for the sake of the next generation.”

According to Sagip Pelikula, the majority of the restoration in “Soltera” was spent addressing film grain, splice marks and film bumps. “The heavy film grain posed a challenge as preserving the sharpness and clarity of the images were a top priority. The closing credits had to be recreated due to the bleeding of the text in the original material,” it said in a statement.